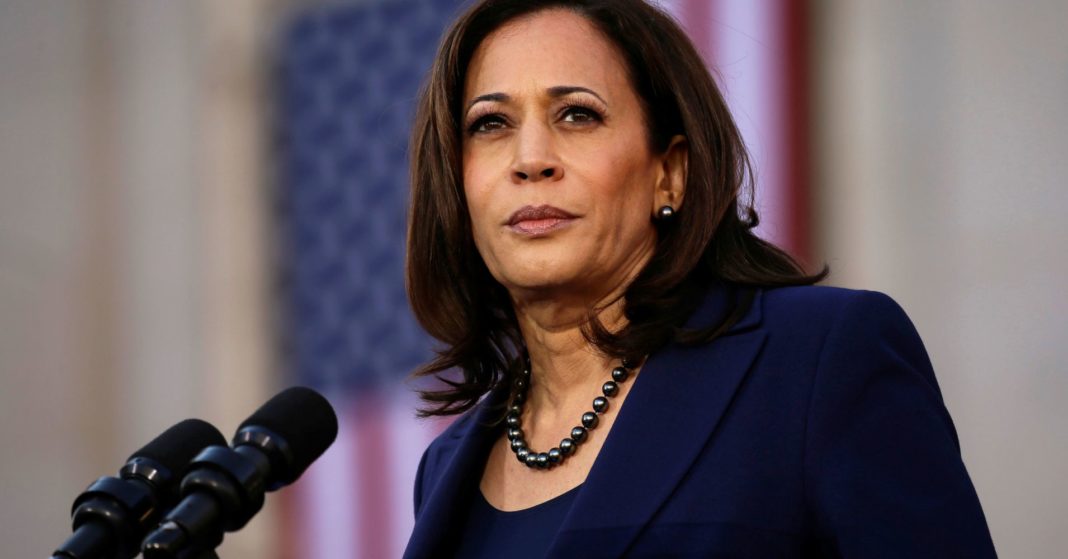 The accounts were created recently and had few followers. But they posted easily shareable content about the senator’s record as a prosecutor that earned an outsized audience on the platform.

One of those accounts claimed to belong to a black man in the South who opposes Harris and supports Sen. Bernie Sanders, who is exploring a presidential run of his own. That account, @WillisJermane, was created in November 2018 and tweeted about 500 times before it was suspended on Wednesday.

The suspensions mark an early test of the social media platform as it wrestles with the fallout of the last presidential race. Twitter has been criticized for not doing enough to stem disinformation posted by fake accounts during the 2016 race, including those that were part of a targeted campaign by the Russian government to stoke tensions around race and other matters. At the same time, Twitter has said it supports the free speech of its users.

A spokesperson for Twitter told CNBC that the company was limited in how much it could say about specific suspensions and that they were not aware whether the accounts were linked.

But the spokesperson said it would be “very accurate” to say that Twitter’s prohibition on creating “50 accounts and have them all tweet, all use the same hashtag, to try to make that hashtag trend” was one reason why the @WillisJermane account was suspended.

The spokesperson also pointed to Twitter’s ability to determine whether a user is being truthful about where they say they are located geographically.

“If we know an account is somewhere and it is saying something contrary to that, that is something that is taken into account,” the spokesperson said.

One of the most shared pieces of content the account posted was a 2010 video that showed Harris laughing about prosecuting parents of truant children during a speech she gave at the Commonwealth Club in Northern California.

“A child going without an education is tantamount to a crime,” Harris says in the two-minute video. “So I decided I was going to start prosecuting parents for truancy.”

Prominent figures circulated the video, including top university professors and scholars, as well as the Oscar-nominated director Josh Fox, an active environmental activist.

The video was unearthed recently by the independent journalist Walker Bragman and covered by national news outlets. Fox News included a tweet from @WillisJermane in its report of the video and noted that the account had been suspended. A spokesperson for Harris’ campaign did not respond to a request for comment.

The Twitter spokesperson said that the accounts were not suspended because of the content that they shared.

“There are plenty of Sanders supporters out there who are tweeting similar stuff,” the spokesperson said. “And there is a difference between that and creating accounts that are linked and trying to game search. It’s important that there is a lively, rule-following political discussion.”

Bragman, who illustrated the book “Bernie Sanders: In His Own Words: 250 Quotes from America’s Political Revolutionary” and has written for The Intercept, Paste Magazine and The Huffington Post, wrote in a post on Twitter on Wednesday that he could “now confirm that @WillisJermane is a real person, not a bot.”

In response to inquiries from CNBC, Bragman said he had contacted the person who operated the account by phone and email. He provided screenshots of call logs and email chains he said he exchanged with Jermane Willis. Willis’ email address and phone number are not shown in the screenshots.

He said that Jermane Willis is a pseudonym the person was using because “he wanted to be anonymous online and has been extremely reluctant to provide personal details about himself.”

Matt Taibbi, a prominent journalist and the winner of a 2008 National Magazine Award, said that he had also spoken with the person behind the @WillisJermane Twitter account by phone and that he could confirm the individual was a real person.

“One of the techniques that I’ve seen a lot of in the past year is someone will post something that’s true and a bunch of people will mass report the individual,” Taibbi said. “That’s clearly what happened here, it seems to me.”

The Twitter spokesperson said accounts that are suspended are provided an opportunity to prove that they are real people.

“They can prove that they are a person, that they are not a series of accounts, and if that happens the account can be unsuspended,” he said.

The email exchanges between Twitter and the person operating the @WillisJermane account are available in screenshots uploaded to Imgur, an online image-sharing community, by the account jermaneleewillis.

In captions to those screenshots, the person behind the account said that he did not want to provide Twitter with his photo identification as it had requested because he feared negative repercussions due to his political activism.

“I didn’t feel comfortable giving up my identity to twitter -understandably, because I personally caused a lot of damage to a major political figure’s campaign with my most recent tweets,” one caption reads.

“I did not post anything threatening or break any twitter rules whatsoever, and haven’t been given a reason for my suspension, which looks permanent now because twitter is requesting I give them a photo ID to prove my identity,” the user posted.

The Twitter spokesperson reiterated that, “as you can imagine,” the policy of seeking photo identification is not going to change.