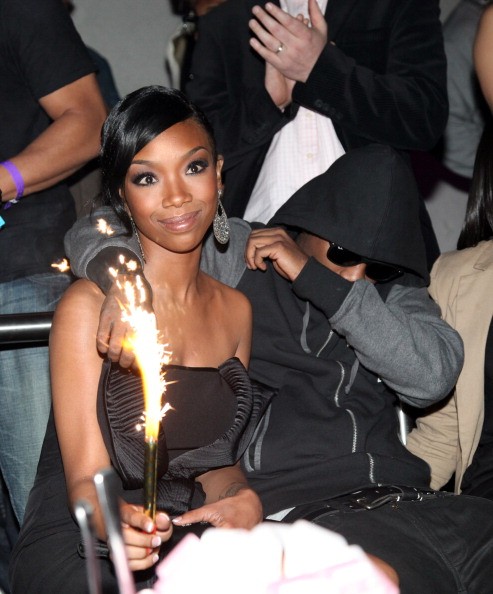 There’s some drama surrounding Brandy Norwood and Monica Brown, but this time it’s been ignited by Twitter.

It all went down after Monica shared a birthday message honoring Whitney Houston early this morning. She posted a black and white photo of the late icon with the caption, “Happy Heavenly Birthday Nippy … You still inspire many & touch hearts daily… You will forever be the greatest …. You will forever be missed.”

She captioned the post, “Lord have mercy on my soul!!! Happy Born Day Whitney. You live on in me… I can feel your Spirit inside of me and all around me. My angel, my friend, my fairy God Mother. I love you forever… thank you for trusting me with the torch!!! I remember every moment with you and I and I will cherish these miraculous moments forever and ever! I love you…. 8/9-2/11 #WhitneyHouston.”

The post reignited the feud between Brandy and Monica as many of Monica’s fans were among the people to immediately start shading Brandy for her seemingly “self-centered” post.

Only one of them was actually about Whitney.

[Monica honors Whitney in IG post]
Brandy: I WILL NEVER FORGET THE TIME WHITNEY AND I DID CINDERELLA AND SHE LET ME HOLD HER PURSE ON SET

Say Whitney Houston’s name three times fast and Brandy will appear to tell you about how much she thinks Whitney loved her.

Brandy: “Excuse me, Whitney Houston was my idol and she loved me. It’s up to me to carry out her legacy.”

People also inundated her Instagram post with comments, which she addressed to in a long response directed at Monica.

“Monica needs to really check her evil ass fans,” Brandy began. “It’s so much stuff I can post about the hateful things they say to me… but I will never have time for that. Always thinking something is about her. It’s not!!!!…Me and Whitney have nothing to do with anyone but the two of us…we made history and I cared more about being with her than I did about anything else.”

She continued, “I’m heartbroken that she isn’t here and the things I say about her are my true feelings and based on the things she said to me. #Torch is a purpose and it is an understanding to help me get through the fact that she passed period the way she did and passed on my birthday. I’m crushed for life because of it. It’s petty for everything that I say about Whitney for someone to have the audacity to think it’s about someone else other than her.”

“Come get your hating ass pigeons and put them in their place the way I did for you when the starz was out of place. They’re low key Brandy fans anyway… always lurking and always creating new pages talking to Me. I’m not to be F–ked with today! If this was rap or hip hop you would be praised for speaking your mind but since it’s rnb you have to take the so called high road… well because I can rap just look at this as my high road.”

Brandy concluded her rant, writing, “Too real to be fake and because this is my idols birthday, I’m allowed to defend my position in her life and hers in mine. That’s what I have to hold on to.”