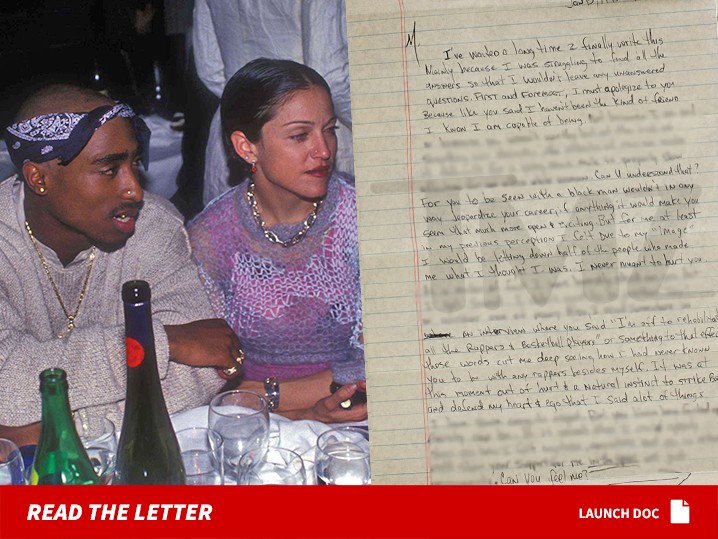 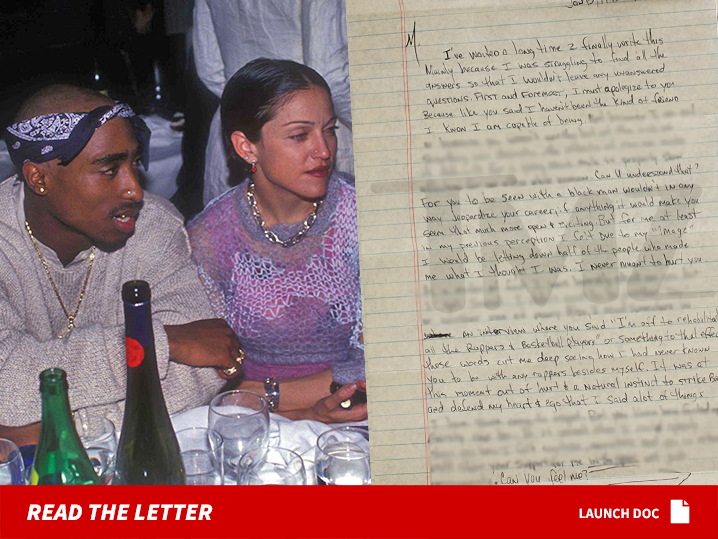 Tupac broke off his sexual relationship with Madonna because she was white.

The rapper poured out his heart to the singer in an extremely revealing letter he wrote in jail.

Tupac writes, “For you to be seen with a black man wouldn’t in any way jeopardize your career, if anything it would make you seem that much more open and exciting.”

The legend then confesses, “But for me at least in my previous perception I felt due to my ‘image’ I would be letting down half of the people who made me what I thought I was.”

It’s an amazing letter. Tupac clearly knows he devastated Madonna by the rejection, saying, “I never meant to hurt you.”

You gotta read the entire note. It will go up for auction July 19 – 28 at Gotta Have Rock and Roll. Starting bid is $100k and it’s expected to fetch a lot more. The last letter written by Tupac sold for more than $170k.