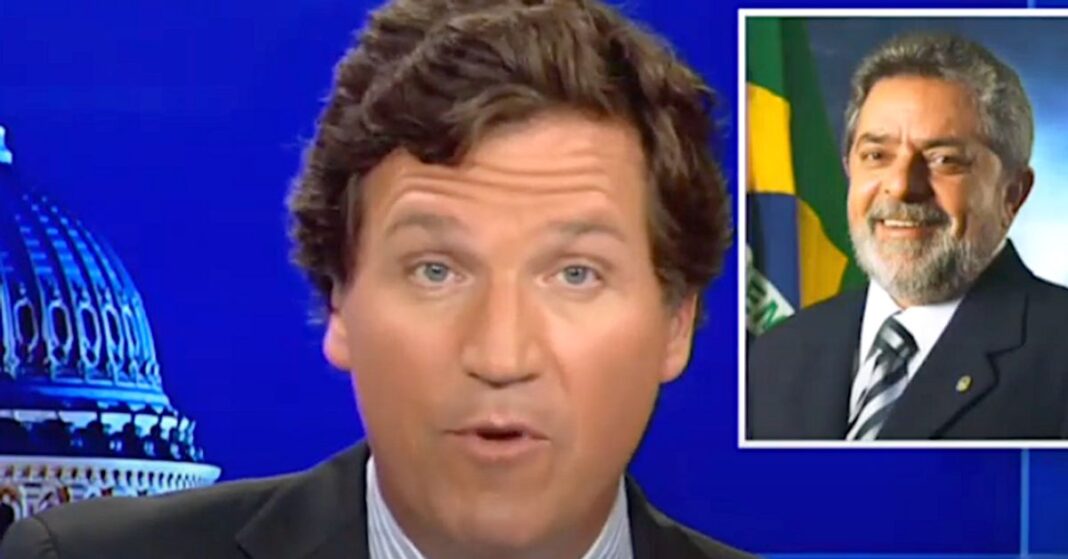 But then the primetime face of conservative cable did a predictable about-face, claiming, “the election is still ongoing” and “there are questions.”

Da Silva was declared the winner. There is no “ongoing,” but that did not stop Carlson from giving air to cries of cheating on behalf of a far-right candidate.

Bolsonaro has allowed the transition to begin but has not conceded. Before the election, he suggested the left was trying to fix the outcome, The New York Times reported.

Carlson seemed to think that because Bolsonaro had not acknowledged his loss, the results were subject to speculation. Carlson ranted that some say not all the votes were counted and threw in a screed against YouTube for prohibiting false claims (after it was criticized for not doing enough to stop disinformation from Bolsonaro supporters.)

“Well, wait a second,” Carlson said with a furrowed brow. “The election is still ongoing. The incumbent has not conceded. How do you know the claims are, quote, false? Well, of course, you don’t. You’re taking sides and using censorship to cement the results in place. This is propaganda. YouTube is interfering in a democratic election in a sovereign nation. How is that allowed?”