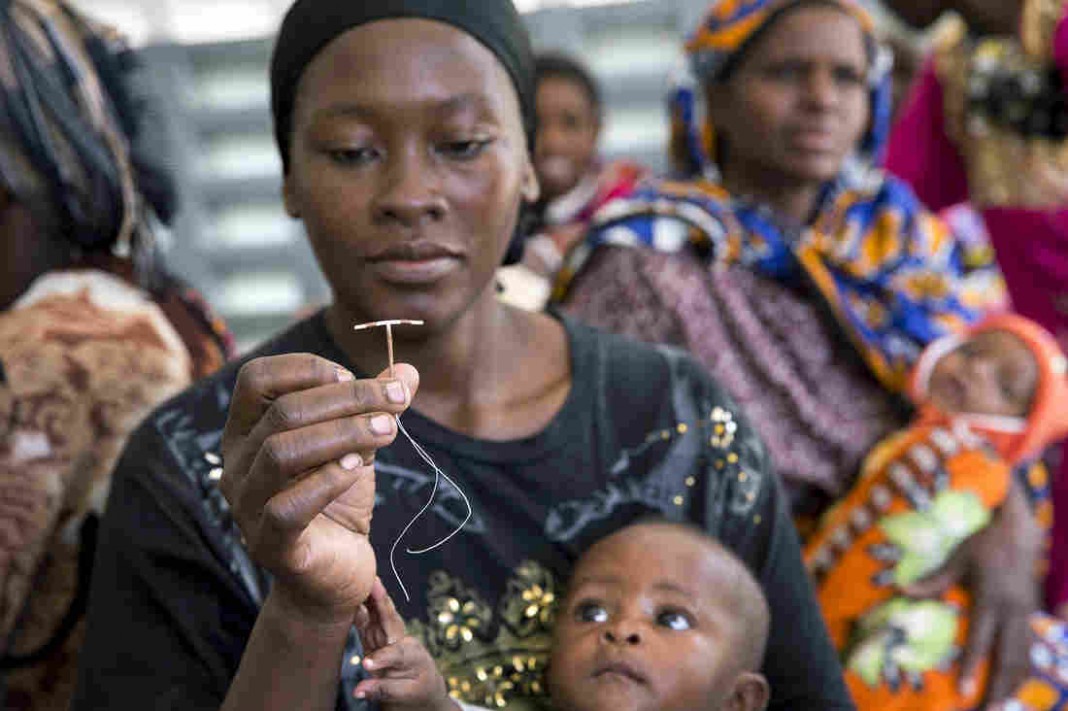 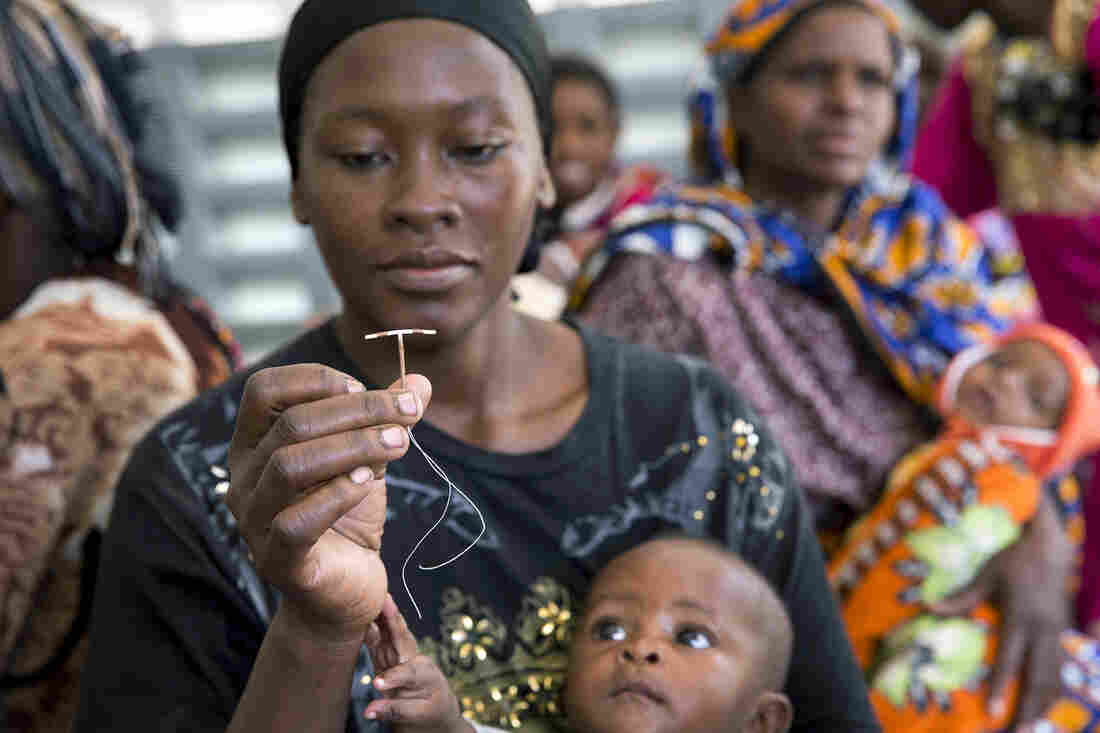 A woman in a rural area of Kenya examines an intrauterine device during a visit from a outreach team sent by a family planning organization. Jonathan Torgovnik/Getty Images hide caption

A woman in a rural area of Kenya examines an intrauterine device during a visit from a outreach team sent by a family planning organization.

U.S. aid for international family planning would be eliminated.

Programs to combat HIV/AIDS in the world’s poorest countries would be slashed by 17 percent.

Efforts to fight malaria would be chopped by 11 percent.

Those are just some of the cuts to global health spending called for by President Trump in the proposed budget he unveiled this week.

On one level the reductions did not come as a surprise. Trump had already made clear in his “skinny budget” proposal, released in March, that he wanted to lower spending on foreign assistance by more than a third.

Yet advocates for global health programs say they are nonetheless reeling as they pore through this week’s more detailed release.

“This is an official act of the executive branch. It’s not a press release,” says Scott Morris, director of the U.S. Development Policy Initiative at the Center for Global Development, a Washington D.C. think tank.

He adds that the shock is all the greater in light of longstanding bipartisan support for global health spending. Overall, Trump would cut the annual global health budget by about 26 percent, or around $2.2 billion in the 2018 fiscal year that begins October 1, decreasing it from about $8.7 billion in the current fiscal year budget to less than $6.5 billion.

The program that would be hit hardest would be family planning. The U.S. currently spends $607.5 million per year to provide women in poor countries with birth control and reproductive healthcare. Trump appears to want to zero that out entirely. His budget proposal explicitly calls for eliminating the largest source of this funding: $524 million disbursed by USAID, stating that the cut “achieves further savings” to the budget.

Earlier this year Trump also announced he was withholding $32.5 million in funding earmarked for the U.N. Population Fund, the lead United Nations agency on family planning and maternal health. Trump made that decision on the grounds that the agency helps to support a Chinese government family planning program that forces people to get abortions and sterilizations — a determination that both the agency and many advocates for foreign aid vigorously dispute.

The U.S. government has also been providing an additional $51 million for international family planning grants through a separate account at USAID. Trump’s proposed budget is silent on this front, but in light of his other decisions, it seems doubtful the administration would spend that money either, says Jennifer Kates, vice president and director of Global Health & HIV Policy at the Kaiser Family Foundation.

The impact on women and children worldwide would be severe, contends the abortion rights advocacy group PAI. In an analysis released this week based on research data compiled by the Guttmacher Institute, PAI calculates that the reduction in family planning services that would result from ending U.S. funding would lead to 3.3 million more abortions, 15,000 more maternal deaths, 8 million more unintended pregnancies, and 26 million fewer women and couples receiving services per year.

Kates thinks it’s “unlikely” Congress will go along with a wholesale elimination of international family planning funding. Still, she notes that in contrast to other areas of global health spending, “family planning is one of the more contested areas. So even though over the last several years Congress has ultimately provided family planning funding at the current level, it’s unclear if that will happen this year.”

Analysts are more confident that Congress will ignore Trump’s wishes when it comes to the proposed cuts to spending on HIV/AIDS and malaria, which are widely seen as signature Republican initiatives. Trump would reduce funding for anti-malaria efforts 11 percent from $755 million to $674 million. And he wants to lower annual contributions to PEPFAR — the program that funds both life-saving drugs for infected people as well as prevention efforts — by 17 percent from $4.6 billion in the current budget to $3.8 billion.

In the documentation released with the budget, the administration said it was making such cuts “with the expectation that other donors can and should increase their commitments to these causes.”

But George W. Bush, who launched PEPFAR, has been making the case that full funding is in the national interest of Americans. In an op-ed in The Washington Post last month Bush noted that PEPFAR has helped saved 12 million lives and wrote that “societies mired in disease breed hopelessness and despair, leaving people ripe for recruitment by extremists. When we confront suffering — when we save lives — we breathe hope into devastated populations, strengthen and stabilize society, and make our country and the world safer.”

In addition to the outright cuts, advocates are also somewhat concerned that 38 percent of the funding that Trump’s budget does provide for anti-malaria efforts comes from re-allocating unspent monies from a supplemental bill to fund Ebola fighting efforts back in 2015. That same source is also used to fund all $72.5 million that Trump has proposed toward global health security programs, which are charged with identifying and protecting the U.S. from disease threats around the world.

“It’s money that is unspent, so it’s good to use it,” says Kates. But she adds that it could signal a lack of commitment to appropriating the funding directly in future budgets: “What happens next year is unclear. It creates uncertainty about the stability about these programs.”

More broadly advocates worry that by putting such an unprecedented cut on the table Trump will at least chip away at the longstanding bipartisan consensus that global health aid should be funded at current levels.

“I have no doubt Congress will succeed in restoring some level of funding,” says Morris. “But it strikes me as an insurmountable lift to get back to the level of funding these programs currently enjoy.”