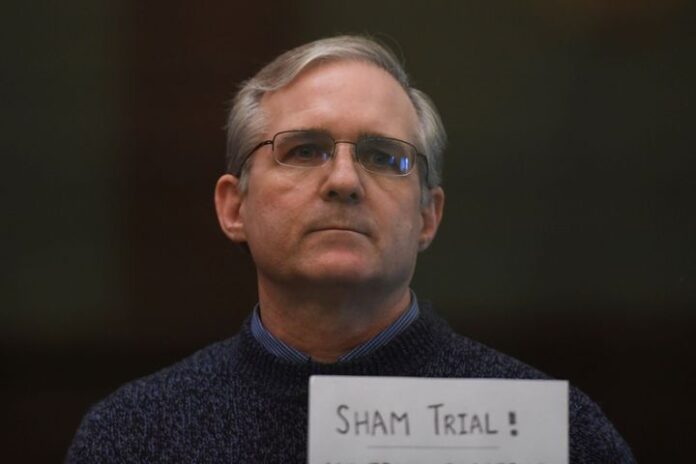 Former President Donald Trump was “not particularly interested” in freeing former Marine Paul Whelan from a Russian prison while he was in office, a former White House national security official said Sunday following incendiary complaints by Trump that more hasn’t been done for Whelan.

“I also have to say here that President Trump wasn’t especially interested in engaging in that swap for also Paul Whelan,” Fiona Hill, a former National Security Council Russia specialist, said in an interview with CBS News’ “Face the Nation.” “He was not particularly interested in Paul’s case in the way that one would have thought he would be.”

Hill said that a prisoner swap was raised several times by Russian officials who “had every intent” on trading Americans wrongfully detained overseas for individuals in U.S. custody.

These individuals “were there for pretty good reasons.” They included Russian arms dealer Viktor Bout, who last week was traded for WNBA player Brittney Griner, and drug smuggler, Yaroshenko, who was swapped last April for Marine Trevor Reed, she said.

Whelan, who the U.S. says has been wrongfully imprisoned in Russia since 2018 on espionage charges, was notably not included in last week’s prisoner swap.

Trump, responding to news of Whelan’s ongoing incarceration, called the swap “a stupid and unpatriotic embarrassment for the USA!”

“Why wasn’t former Marine Paul Whelan included in this totally one-sided transaction?” he said in an online statement that criticized Griner’s release, citing her past advocacy against police brutality and racial injustice. “He would have been let out for the asking.”

Whelan’s brother, David Whelan, fired back at Trump, however, saying Trump didn’t care about his brother’s wrongful detention in the least bit while in office.

Trump “appears to have mentioned my brother #PaulWhelan’s wrongful detention more in the last 24 hours than he did in the 2 years of his presidency in which Paul was held hostage by #Russia (zero). I don’t suggest he cares now any more than he did then (zero),” he tweeted Friday.

Reed, who spent nearly three years in a Russian prison, has also previously said that Trump did nothing to help secure his release or Whelan’s.

President Joe Biden said Thursday that securing Whelan’s release remains a priority and that the swap for Griner “was not a choice about which American to bring home.”

Whelan, in a phone interview with CNN from a Russian labor camp, said he was also told that his espionage charges placed him at a higher level than both Griner and Reed.

Regardless of that, he said he was surprised and “greatly disappointed” that he wasn’t also released.