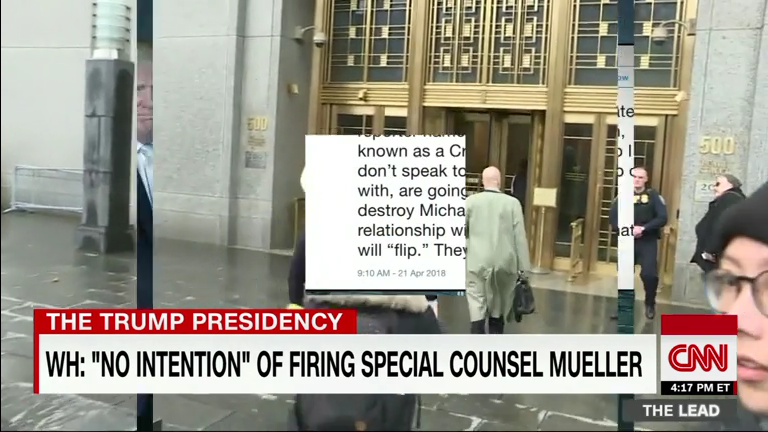 President Donald Trump is increasingly relying on his personal cell phone to contact outside advisers, multiple sources inside and outside the White House told CNN, as Trump returns to the free-wheeling mode of operation that characterized the earliest days of his administration.

“He uses it a lot more often more recently,” a senior White House official said of the President’s cell phone.
Sources cited Trump’s stepped-up cell phone use as an example of chief of staff John Kelly’s waning influence over who gets access to the President. During the early days of Kelly’s tenure, multiple sources said, Trump made many of his calls from the White House switchboard — a tactic that allowed the chief of staff to receive a printed list of who Trump had phoned. Kelly has less insight into who Trump calls on his personal cell phone.
While Trump never entirely gave up his personal cell phone once Kelly came aboard, one source close to the White House speculated that the President is ramping up the use of his personal device recently in part because “he doesn’t want Kelly to know who he’s talking to.”
The senior White House official said Trump “is talking to all sorts of people on it,” noting Trump’s barrage of private calls is a “recent development.”

‘The walls are breaking’ 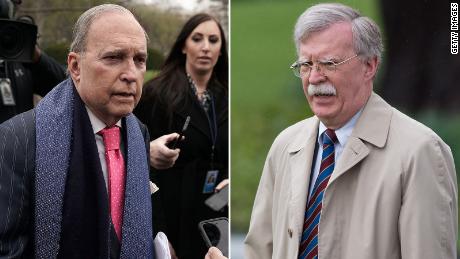 Bolton, Kudlow on the rise, but risks abound
Three sources familiar with the situation said Trump has also increased his direct outreach to GOP lawmakers over the past several weeks, sometimes employing his cell phone.
“Basically, at this point, he’s just sort of engaging on his own,” observed a source familiar with Trump’s calls to congressional allies.
“Kelly used to be more clearly the gatekeeper than he is now from a Hill standpoint,” that source added, noting members would typically call Kelly’s office if they wanted to set up a talk with Trump rather than dial the President directly.
“I don’t know that he even is running it by the chief of staff anymore,” the staff said.
Some White House allies said they see Trump’s more frequent solicitation of advice outside the West Wing as a sign that Kelly’s status as a gatekeeper for the President has diminished.
“Definitely, the walls are breaking,” one source close to the White House said of the procedures Kelly initially established to regulate access to Trump. Another source close to the White House added that “a lot of meetings, a lot of things have happened lately without Kelly being in the room.” 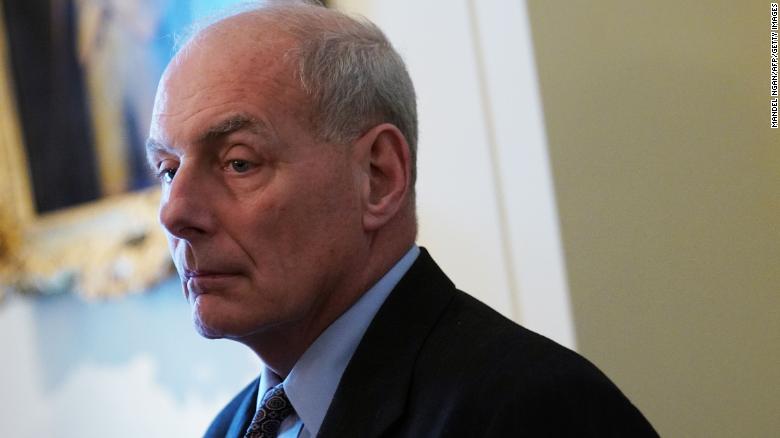 Kelly cedes control to new faces amid latest Trump tumult
Former campaign manager Corey Lewandowski has been one notable beneficiary of Kelly’s loosened grip. One source said Lewandowski recently bragged to friends that he now enjoys “unfettered” access to the President — including a recent dinner in the residence with Trump, according to two sources. Upon his arrival last year, Kelly attempted to limit Lewandowski’s access to Trump from the nearly unchecked privileges he enjoyed at the start of the administration, although Kelly’s efforts were never entirely successful. Lewandowski did not respond to a request for comment.
Trump has also made clear that Larry Kudlow, his new economic adviser, and John Bolton, his new national security adviser, are “direct reports” to him and not to Kelly, two sources familiar with the matter told CNN. Their predecessors, however, reported directly to the chief of staff or at least looped Kelly in after a meeting with the President — a potential sign of Trump’s shift toward controlling more of what goes on in his own White House.
A senior White House official said Kelly’s absence from phone calls and meetings in recent weeks is more a reflection of the balance Trump and his chief of staff have struck since Kelly took the job.
“They’ve grown into some level of comfort,” the official said. “There used to be a level of babysitting, and it wasn’t organized.” The source added Kelly “spent months” fixing the operational process and noted now, Kelly doesn’t need to insert himself into as many issues. 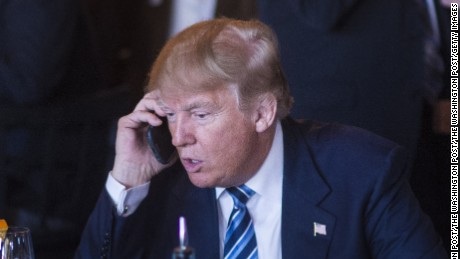 Security concerns over Trump’s phone use 02:28
Former President Barack Obama was permitted to use a Blackberry during his presidency. However, the White House said at the time that the device given to Obama was outfitted with enhanced security to protect potentially classified talks.
Mary McCord, who used to head the Justice Department’s national security division, says smartphones are notorious for their security vulnerabilities.
“Because the smartphones of high-level government officials — including the President — are obvious targets for foreign intelligence services, the government goes to significant effort to ensure that government-issued smartphones are constantly updated to address security vulnerabilities,” she said. “Use of personal smartphones, which may not have all of the security features of government-issued smartphones or be regularly updated to address newly discovered vulnerabilities, present an obvious potential security risk.”
Another security expert said the President’s increased cell phone use makes his calls more vulnerable to eavesdropping from foreign governments.
“All communications devices of all senior government officials are targeted by foreign governments. This is not new,” said Bryan Cunningham, executive director of the Cybersecurity Policy and Research Institute at the University of California-Irvine.
“What is new in the cell phone age is the ease of intercepting them and that at least our last two presidents … have chafed at not being able to use their personal cell phones,” Cunningham added. “Of course, calls are only secure if both parties use a secure device.”
Another implication of Trump’s private cell phone use, Cunningham noted, is the possibility that Trump’s conversations may not be “captured for the purposes of government accountability and history.”
Share
Facebook
Twitter
WhatsApp
Pinterest
Linkedin
ReddIt
Email
Print
Tumblr
Telegram
Mix
VK
Digg
LINE
Viber
Naver
Previous articleTech firms apologise after damning report: China sexist adverts
Next articleStatus at FBI, Comey’s memo leak contact had ‘special government employee’