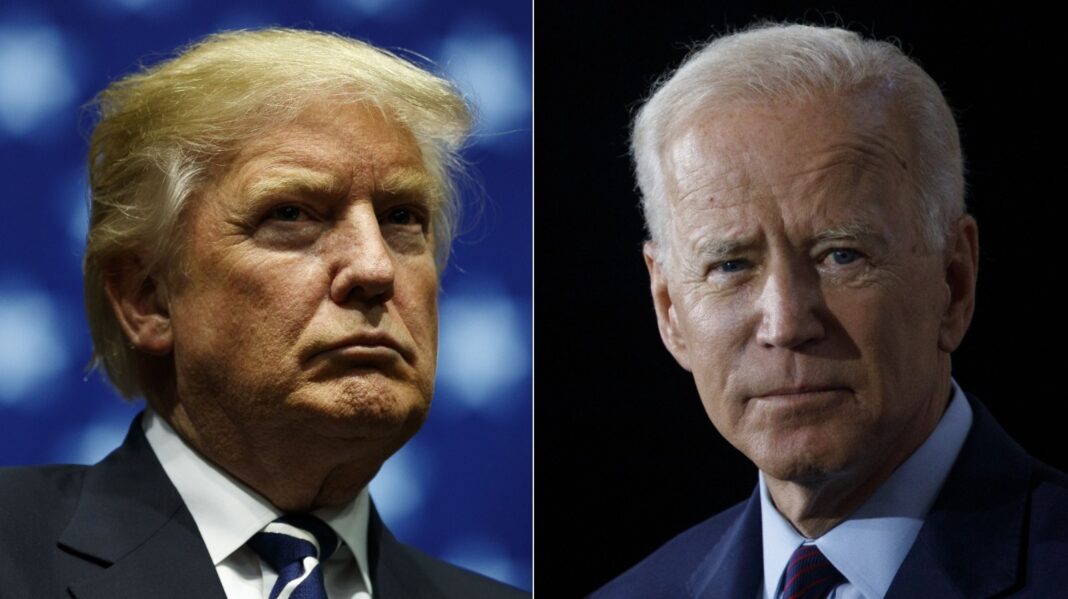 Trump and Biden, While President Donald Trump continued to call into question the integrity of the election without cause, challenger Joe Biden urged Americans to be patient and trust the process. According to Politico, “A final verdict on who wins the presidency could take days or weeks depending on how the vote-counting, recounts and assorted court battles play out.”

“It’s not my place or Donald Trump’s place to declare who’s won this election,” the former vice president declared as Election Day concluded with no clear victor. “That’s the decision of the American people, but I’m optimistic about this outcome.” He concluded his message to supporters with a call to “keep the faith.”

Americans can expect more conflicting messages from the candidates. Prior to Election Day, Trump had falsely dubbed 2020 “the most RIGGED Election in our nation’s history” and falsely tweeted that “MILLIONS OF MAIL-IN BALLOTS WILL BE PRINTED BY FOREIGN COUNTRIES AND OTHERS. IT WILL BE THE SCANDAL OF OUR TIMES!” According to The Washington Post, “There is no evidence that such wide-scale fraud is possible, and election officials across the country have disputed” such claims.

This isn’t the first time Americans may have to wait for results. The 35 days it took to conclude the race between Republican incumbent George W. Bush and Democrat challenger Al Gore in 2000 “was the longest Americans had ever waited in modern times to know who their next president would be,” the Post reported. Conclusion the 2020 election could also prove to be a marathon rather than a sprint, but we will keep you posted as the story unfolds.