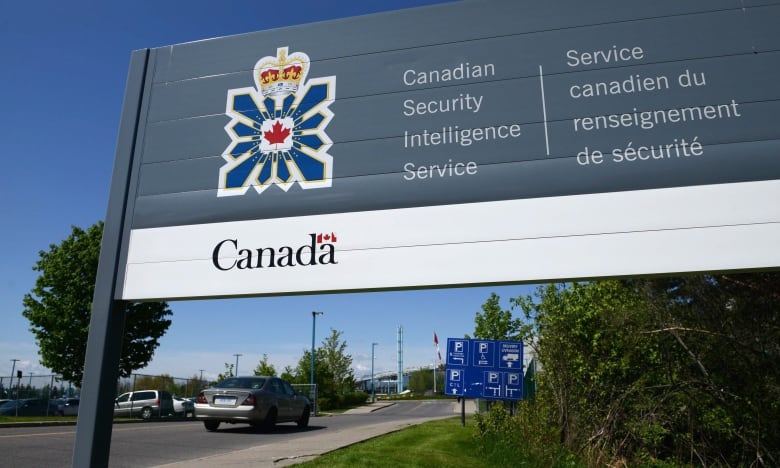 Failing to address questions about intelligence-sharing in courtrooms could put a number of national security court cases at risk and undermine Ottawa’s national security efforts, warns a grim briefing note prepared for the public safety minister.

At its crux, the issue pits the efforts of the Canadian Security Intelligence Service to safeguard its operational information — its tactics, methods, where its spies are located — against the Department of Justice’s mandate to secure prosecutions and a defendant’s right to a fair trial.

“Failing to address [intelligence and evidence] issues will severely limit the government’s ability to deal with the most serious current and emerging [national security] threats and perpetuate the difficulty experienced in managing lengthy, burdensome court proceedings,” says a briefing note prepared ahead of a meeting between the department of Public Safety and CSIS and obtained by CBC News through an access to information request.

Leah West, a former federal lawyer who is now a lecturer on national security issues at Carleton University, said security agencies should not have to choose between protecting information and pursuing prosecutions related to terrorism and national security.

“It shouldn’t be this stark of an issue where in order to actually uphold our criminal laws for some of the most grave criminal offences, our security agencies are having to think long and hard about whether it’s worth it,” she said.

“These are activities that we would want to denounce and deter through prosecution. But our agencies are having to wrestle with the fact that, if they pursue those charges … there is a real risk that they will be unsuccessful because of all the tactics … or the national security information that is really highly valuable and simply cannot be revealed will be forced into the light. And that’s problematic.”

CSIS’s job is to collect intelligence — and to do so secretly — in order to advise the Canadian government and protect the country from threats to national security. Law enforcement agencies also gather information and evidence and make it public to secure a prosecution in court.

“So the problem of intelligence evidence is when information collected by CSIS … for one purpose — and that purpose is really not about making it ever public — ends up having to be used as evidence in a criminal trial, ” said West.

“And that makes our national security agencies very uncomfortable because in order to use it as evidence, it has to be open to be tested. The defence has to have access to it. It has to be revealed publicly and that means potentially revealing all of those secret sources, methods and techniques that they rely on and that has broader implications for national security beyond just getting one conviction in court.”

The briefing note warned Public Safety Minster Bill Blair that security agencies are hesitant to share information with the justice system if it could put undercover agents at risk.

“This can lead to a chilling effect at the operational level, as national security (NS) agencies may be reticent to share information or collaborate to address threats to avoid the possibility of open court disclosure of sensitive information,” said the briefing note, which was released with multiple portions blacked out.

“For example, it has been assessed that the Canadian Security Intelligence Service (CSIS) and the Royal Canadian Mounted Police (RCMP) hesitate to share information in many instances on a particular threat out of concern that intelligence sources or methods could become compromised in a potential future court proceeding, or that evidence that was collected based on an intelligence lead may need to be withdrawn in a potential prosecution if the intelligence itself cannot be protected, thereby weakening the government’s capacity to prosecute, with the net result of reduced public safety.”

Michael Nesbitt, a law professor at the University of Calgary, said that Canada is a “net importer of intelligence” — meaning it receives more intelligence from other counties than it gives out. And often receives important information from allies with the understanding that it will not be made public.

“And obviously that can, in the most extreme situations, scuttle our ability to prosecute someone for, say, a terrorism offence or an espionage offence about which we are worried.”

The issue also plays out in immigration cases, security clearances and decisions regarding passports.

It shouldn’t be this stark of an issue where in order to actually uphold our criminal laws for some of the most grave criminal offences, our security agencies are having to think long and hard about whether it’s worth it.– Leah West, Carleton University professor

A spokesperson for CSIS said the agency obtains information from foreign partners, human sources and “sensitive techniques including warranted intercepts and other covert methods.”

“Disclosing sensitive information could affect CSIS’s ability to protect and recruit human sources. Moreover, it could have a significant impact on CSIS’s relationship with partners and reveal its covert methods,” said John Townsend.

“Protecting CSIS information from disclosure means it cannot be relied upon to support a particular case, decision or action. In some cases, this could lead to the staying of criminal charges, settlements in civil litigation, and the reversal of administrative decisions.”

The issue has begun to play out in high-profile court cases already.

Last month, federal prosecutors stayed two of four charges against an engineer accused of offering naval secrets to China — a case that arose from a secretive and controversial CSIS wiretapping campaign against the Chinese embassy in Ottawa.

News of the stayed charges in the Qing Quentin Huang case was first reported by the Globe and Mail.

Huang, an employee of Lloyd’s Register — a subcontractor to Irving Shipbuilding Inc. — was charged back in 2013 under the Security of Information Act with attempting to communicate secrets to a foreign power, including elements of the federal shipbuilding strategy.

“By sharing information with the RCMP — all of the information surrounding that wiretap, why CSIS was wiretapping the Chinese — the evidence put before the court in order to convince the judge that they needed that wiretap all becomes the subject of potential litigation in open court,” said West.

“Which is very, very uncomfortable, not only because of the impact to disclosing potential sources that CSIS may have that would lead them to believe that there’s a threat emanating from the embassy … It also has real implications in terms of international relations, litigating what Canada was investigating China for in open court.”

Huang still awaits trial on two criminal counts relating to conversations he allegedly had with undercover RCMP officers in a sting operation.

The briefing note concludes that some kind of policy change needs to be made — although the intelligence agency’s recommendations are also redacted.

“As an example of the challenge, absent a statutory regime that facilitates the simultaneous use and protection of sensitive information in Federal Court reviews of decisions to deny foreign investment on national security grounds under the Investment Canada Act, the government will not be able to confidently rely on intelligence when acting to counter economic-based threats,” the note reads.

“Additionally, reform measures may help protect against a growing trend being employed by defendants and their counsel of seeking disclosure of intelligence that may have informed a criminal investigation and subsequent prosecution.”

But coming up with a policy hasn’t been easy for successive governments, dating back to the Air India inquiry.

“This is a really hard problem. If it was an easy problem with an easy solution, we’d probably have the solution,” said Nesbitt.

CSIS and the RCMP say they’ve already taken steps to better communicate with other early on in a court proceeding — something both West and Nesbitt said they welcome.

But changes also should be made to the dual-track court system used to deal with intelligence issues, they said.

Right now, criminal cases involving intelligence go to separate hearings in Federal Court where a judge, with help from a special adviser, decides what should be protected under the Canada Evidence Act and held back from disclosure in open court.

The process can slow down an already sluggish trial process — but it’s a key aspect of a defendant’s right to a fair trial.

That process is playing out now in the case against Cameron Orts, the RCMP official accused of leaking operational information, and preparing to leak even more, to a foreign power or terrorist group.

West said changes could be made to streamline the process.

“I think we need to streamline the legislation so that defence lawyers can’t be playing these games to basically force the Crown to choose between revealing all of the information necessary for proceeding with the prosecution.”

Ian McLeod, a spokesperson for the Department of Justice, said it would be inappropriate to speculate or comment on any specific potential legislative reforms.

In an effort to deal with the issue, the RCMP said it commissioned a review of how its national security program operates.

“These reviews identified that there was much that could be done operationally to help address intelligence as evidence challenges, such as, but not limited to: new policies to improve how intelligence is handled; improving training; and more effectively leveraging existing mechanisms to protect intelligence such as the Canada Evidence Act,” said spokesperson Robin Percival.

“Efforts to implement these operational improvements are underway.”

Nesbitt said the government’s promise to appoint a new director of terrorism prosecutions looks promising, although it’s not clear when that office will be up and running.

“It’s a little bit unclear what that would mean or where that stands, given the pandemic has arisen since that announcement. But that might be another thing where you get sort of specialized legal training and that could create cultural shifts,” he said.

The last public mandate letters to Public Safety Minisster Bill Blair and Justice Minister David Lametti (new ones are expected to be made public soon) ask both ministers to “coordinate efforts to prosecute terror suspects to the fullest extent of the law” and create a new office of the Director of Terrorism Prosecutions.

“This work is ongoing,” said Mary-Liz Power, a spokesperson for Blair.

“It is critical we address the intelligence to evidence challenges that face us today to support the successful prosecution of those individuals who have committed criminal acts, both in Canada and abroad.”