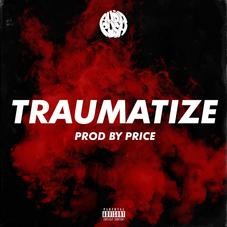 Audio Push continues to promote a lyrical arsenal with their latest “Traumatize” single. Produced by Price, the new track puts both his and Oktane’s unique pairing on full throttle as the West Coast duo appropriately backs up one of the opening lines of the track’s intro asking, “Y’all thought we was letting up?”

It’s clear to see that there isn’t quite an end in sight for the two partners, who just recently dropped off their Cloud 909 full-length effort in February, as time has only proven to be an element of benefit in their continued growth.

“We got kids that have been listening to us since they were 13 and are 19-20 now,” they noted in an interview back in September. “They grown and sh*t now. That type of sh*t is wild. At the same time, we are leaders and we understand our role in this business and the game.”