Tosin Abiodun: Deliver Us From WhatsApp 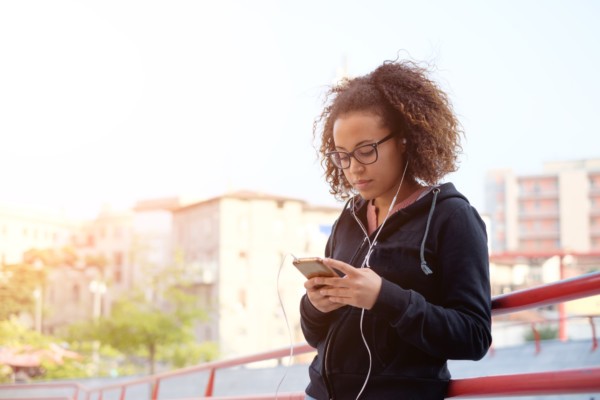 I left a Whatsapp group recently. I wanted to reclaim my peace of my mind, and I really needed to stop seeing large numbers like 345 or 492 on my missed notifications. Un-cleared notifications make me anxious. I don’t know why, but there’s just something very untidy about it and I like my phone looking peaceful and not chaotic.

Obviously Whatsapp didn’t let me leave quietly, it announced to all 73 members:

I swear, I almost feel the app can read my mind sometimes.

And then you start getting messages like this from fellow group members:
” You left the group, why now?”
” I hope we didn’t do anything to offend you”
“What are you even feeling like?”
” You could have just muted the group, you didn’t have to leave altogether”

Yes, captain obvious, I know I could have just muted it; but there is this ‘by force’ feeling when you are part of a group. You feel obligated to contribute, you cringe when someone sends an unfunny joke or a useless broadcast and you almost want to respond to put them in check.

And then if you belong to multiple groups, which I suspect we now all do, there’s the fear of sending the wrong message or media to the wrong group.

WhatsApp has become indispensable to my personal life and business *rolls eyes*. I belong to six groups at the moment, two of which I paid to join (*covers head in shame*). Okay, Okay I’m learning a language in one and the other gives me access to an international business network. Thankfully, they don’t feel the need to be so chatty, they simply pass along information when necessary.

Apart from the bane of WhatsApp groups, there is the curious case of people who are not on your contact list who just creep into your phone and send you unsolicited broadcast messages and happy new month messages. And the ones who just video call you out of the blue because they can. I know one can choose to pick up the call or not but it’s the thought behind it that irks me. It’s invasive and annoying. I mean all I did was give you my phone number and now you think you’ve earned the right to see me with my wig off.

Plus there’s the fact that you don’t recognise all the people and stuff in your photo gallery because you don’t remember when you downloaded them.

And then our parents discovered Whatsapp and that was the birth of by force family groups and fake news broadcasts. I will not be surprised if you have actually considered blocking your parents because of this. I know I have.

The list is endless, I could go on and on about how this ubiquitous little green app has taken on a life of its own and become so important in our everyday lives. Causing trouble, bringing people together, helping people learn new things, building and ruining relationships all at the same time.

Receive the boldness to exit that Whatsapp group or block that contact today, if you must. There’s plenty more where they came from, I don’t think we are getting rid of that app any time soon.