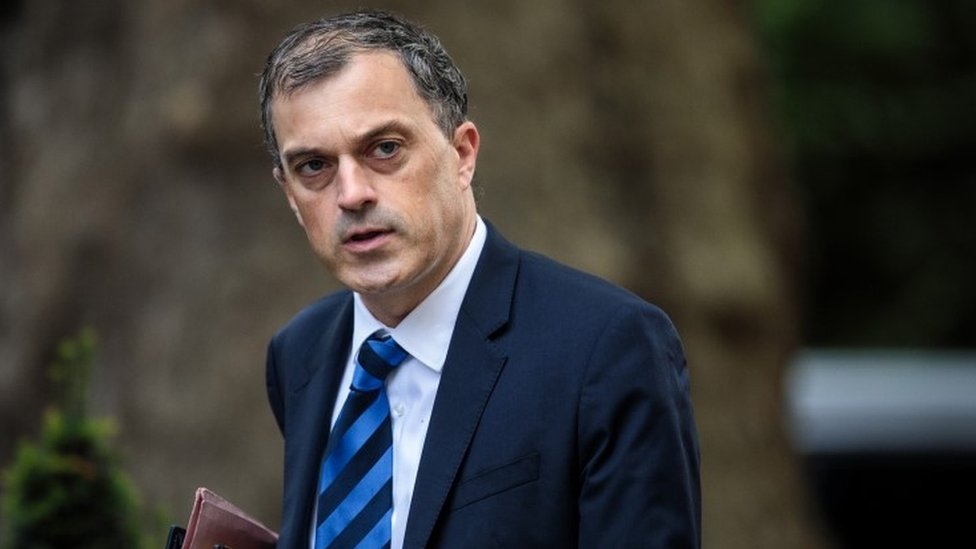 Conservative Chief Whip Julian Smith is under pressure to explain why an MP took part in crunch Brexit votes, despite an agreement not to.

Mr Smith told Brandon Lewis to break a voting pact with a Lib Dem MP “by accident”, sources have told the BBC.

He has apologised to Jo Swinson who had a “pairing” agreement with Mr Lewis.

Tory sources say Mr Smith “might have told” some MPs to break “short term” pairing deals but, if he did, none went through with it.

He is facing Labour calls to resign for undermining trust in the pairing system.

MPs from different parties due to vote on different sides in the Commons can have “pairing” deals to cancel each other out if they cannot take part in votes – in Ms Swinson’s case she was on maternity leave.

Shadow Cabinet Office minister Jon Trickett has written to the acting Cabinet Secretary calling for an investigation into Theresa May and Commons Leader Andrea Leadsom’s statements to the Commons on the matter – saying they could breach the ministerial code.

But Downing Street said Theresa May had full confidence in the chief whip and stood by her comments that the pairing agreement was broken in error.

Mrs May, on a visit to the Irish border, told the Press Association: “An honest mistake was made here and both the chief whip and Brandon Lewis have apologised to Jo Swinson.”

Mr Lewis, who is the Conservative Party chairman, said it was an “honest mistake” made in fast-moving circumstances, as the government tried to scrape together enough votes to get its Trade Bill passed on Tuesday. It won by six votes.

But the Lib Dems have called on chief whip Mr Smith to explain himself after reports he told Mr Lewis and two other Tory MPs that they should go ahead and vote, despite being paired. Two of the MPs are reported to have refused to break their pairing arrangements.

Commons Leader Andrea Leadsom told MPs: “There were three pairs on Tuesday. I myself was one of them. I did not receive any call from anyone telling me to vote.”

Labour MP Wes Streeting said Mr Smith should break with the convention preventing chief whips from making statements in the Commons to explain his actions to MPs.

He said the Tory chief whip should resign “if the trust in the pairing system has been abused in this way”.

Labour Party chairman Ian Lavery said the Conservatives’ story was “changing by the minute”, that Mrs May should apologise and both Mr Smith and Mr Lewis “must now resign or be sacked”.

Conservative MPs Anna Soubry, Peter Bone and Heidi Allen also raised concerns. Mrs Allen said the chief whip had been “unable to confirm to me that he did not give instructions to break pairs” and she could “only conclude MPs were told to break pairs on Tuesday”.

“I refuse to be tarnished by this behaviour so will not stand by and say nothing. Integrity and honesty are fundamental to our democracy. Anything less is unacceptable.”

Tory sources have told the BBC’s Political Editor Laura Kuenssberg that Mr Smith had considered ordering MPs to break short-term pairing arrangements – something that would have been highly unusual, although not unprecedented.

The sources said he “might” have told some of them to do so, but none did, she added. He did not consider telling them to break long-term pairing agreements like the one Mr Smith had with Ms Swinson, the sources said, insisting that Mr Lewis was told to vote “by accident”.