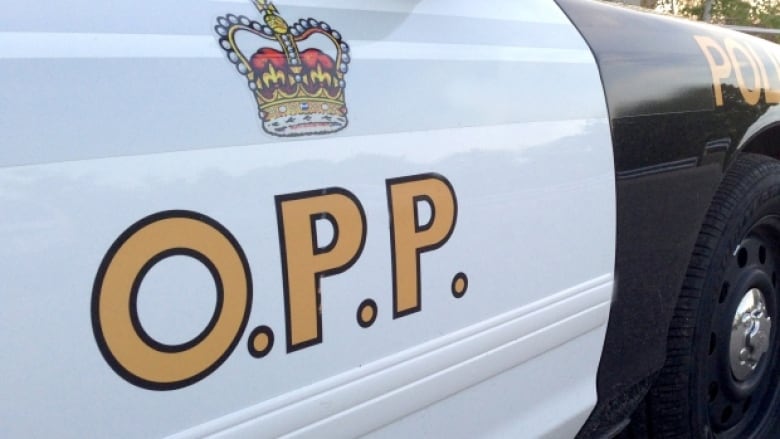 A veteran Toronto homicide detective has admitted to obstructing justice and stealing drugs from two active homicide cases, according to courtroom testimony and police records reviewed by CBC News.

Worden’s admission, during testimony last month in pretrial proceedings for a murder charge in the Ontario Superior Court of Justice, was his first known public acknowledgement that he stole drugs from active cases.

He said under cross-examination that he took drugs from evidence lockers over roughly 18 months, and used them to treat chronic pain. It’s not clear how much he took.

“It included taking exhibits from cases that were actively ongoing?” asked Monte MacGregor, the lawyer for one of two suspects accused of murdering Cardinal Licorish in 2018.

His comments follow reports on Worden’s thefts earlier this year. A lawyer for Worden previously told the Toronto Star he tried to take drugs from “inactive” cases.

The Ontario Provincial Police (OPP) — which was asked to review the TPS’s handling of evidence and its decision not to charge Worden criminally — told CBC News last week it will share its report with the Toronto police this month.

Information from the OPP led the Public Prosecution Service of Canada (PPSC), the agency that prosecutes federal offences, to stay charges in six drug cases, according to a PPSC spokesperson.

The TPS declined CBC’s request for an interview, but said it made changes to its security procedures following Worden’s thefts.

“By virtue of the fact that police officers are lawfully allowed to handle drugs routinely it is impossible to entirely eliminate opportunities for abuse.”

The case against MacGregor’s client was withdrawn last week for unrelated reasons.

Worden testified that he took pills from a police locker that were needed as evidence in proceedings against a co-accused in that case.

“Can’t remember if it was three or four Percocet pills, at the conclusion, I kept,” he said.

“You were actively committing an obstruction of justice,” MacGregor said.

“I didn’t really think of it at the time, but I did, yes,” Worden said.

Worden’s lawyer, Peter Brauti, said the detective spoke to investigators under the condition that any statements be considered compelled, meaning they could not be used against him in a criminal case.

But Worden had already drawn serious suspicions before his interview.

A police report reviewed by CBC News states that the TPS Professional Standards office received information from another TPS unit on Jan. 26 about irregular locker entries by Worden, and began an investigation, which led to Worden being interviewed by two officers.

CBC News obtained a transcript of the interview, which was filed in court proceedings.

Det-Sgt. Jordan Latter informed Worden that he was suspected of “a number of unauthorized retrievals” from lockers between March 2020 and January 2021.

Worden said the thefts began much earlier — that he stole “a few pills” that were found after a 2009 homicide.

“I took it close to the time of the murder,” Worden said, according to the transcript. In court, he said he took one pill from the victim’s wallet, which he was returning to the dead man’s family.

It is difficult to determine how many thefts Worden committed. He admitted to taking pills in all of the 32 suspicious transactions listed on a spreadsheet prepared by the Toronto police, and in the two homicide cases, according to a report released by the court with the interview transcript.

But in the interview, investigators seemed to ask about fewer than 32 incidents and, for those he was asked about, Worden sometimes said he could not remember details.

When presented with details of suspicious transactions, he often simply said, “I would have taken it.”

Worden said he had a prescription for painkillers, dispensed at regular intervals to reduce the chance of becoming addicted.

He told Latter and Det-Sgt. Rob North that he had suffered from multiple shoulder injuries and surgeries, and a compressed disk in his back, among other ailments.

But under pressure in the demanding homicide squad, and facing stress in his personal life, Worden said he began running through his medication early, and started stealing from evidence lockers.

Worden told the detectives that he was able to log into a police network remotely, and see information on property and evidence held at police divisions.

He told Latter and North that he could see whether drugs were expected to be picked up by a courier.

Worden said he tried to steal drugs that were going to be destroyed or that he believed were of “minor” importance to a case.

“I thought that if I took out stuff that was due for destruction it wouldn’t harm anybody, and nobody would notice they’re gone,” Worden said.

Worden would cross the drugs off a property report in person to cover his tracks. “The courier would just think, ‘Oh, they must not have put that in, and they would just take the other stuff,'” he said in the interview.

Worden said homicide officers “get general access to pretty much everything.”

North said he and Latter were shocked by what they had learned.

“Clearly we need to make some changes to our policies and procedures,” he said in the transcript.

Near the end of the interview, Brauti said Worden, then 56, was going to retire and “focus on his health.”