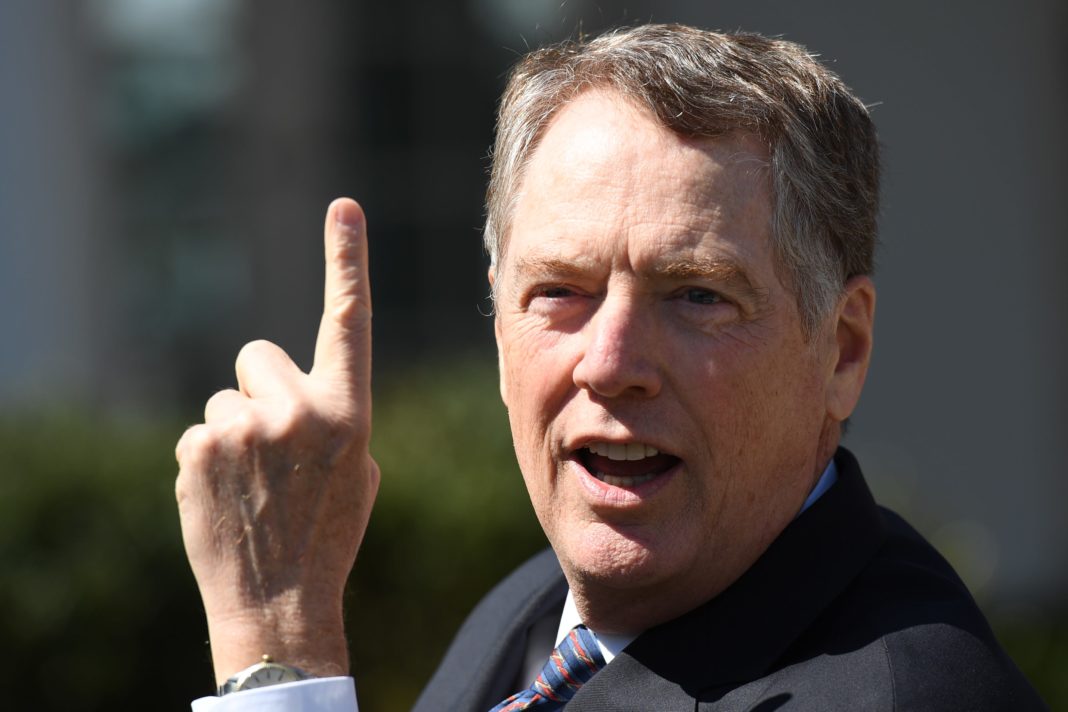 As the clock ticks to advance the Trump administration’s North American Free Trade Agreement replacement deal, U.S. Trade Representative Robert Lighthizer and Canada’s foreign minister, Chrystia Freeland, are expected to discuss a process to remove steel and aluminum tariffs that have been in place for close to a year.

Lighthizer is expected to “float a proposal” to remove the tariffs and “chart a path forward” for the United States-Mexico-Canada Agreement, according to a senior administration official. A GOP senator in touch with the White House confirmed the U.S. was looking at removing the tariffs to build support needed to pass the deal.

Three aides say the White House hopes to send paperwork soon to Congress that would line up a vote before a monthlong recess begins in late July. But several lawmakers – including Senate Finance Committee Chairman Chuck Grassley, R-Iowa – have told the White House it would go nowhere if the U.S. does not limit tariffs.

In a hearing on the budget for the Treasury Department, Sen. Chris Coons, D-Del., asked Secretary Steven Mnuchin about when the U.S. would remove the tariffs on Canada and Mexico.

“The president has instructed us to try to figure out a solution,” Mnuchin told the Senate Appropriations Committee. “I think we are close to an understanding with Mexico and Canada. I’ve spoken to the finance ministers. Amb. Lighthizer is leading the effort on this, but I can assure you it’s a priority of ours.”

Later, Mnuchin told reporters that the administration is “trying to resolve the tariff issues as part of an agreement with USMCA,” but that doesn’t necessarily mean lifting the tariffs outright.

It’s unclear what the resulting remedy will be – and whether Canada and Mexico would find it politically palatable. A Canadian official would only say that tariffs are expected to be a topic of discussion during Freeland’s Washington meetings. Mexico’s economy minister told the Canadian Broadcasting Corp. on Tuesday that “we are, I think, close to negotiating the lifting of the tariffs.”

Administration officials have previously suggested that a quota system would replace the tariffs, to the consternation of U.S. companies, who say they would prefer to pay more in tariffs to get a product than to limit the supply altogether. Industry executives have suggested their preferable outcome would be stricter enforcement on so-called transshipments of steel and aluminum – whereby Canada and Mexico become stopovers for oversupply of metals from places like China.

In the six months since the three countries signed the USMCA, the steel and aluminum tariffs have posed the primary obstacle to the deal, which lawmakers must ratify in all three countries. Canada and Mexico have said they will not take up the deal unless the U.S. removes the tariffs – a view echoed by Republican senators without whose votes the deal would die. Grassley has repeatedly demanded the tariffs be rolled back and brought groups of Senate Republican colleagues to the White House to appeal to the president directly.

“The whole message from everybody in the Senate delegation that went there was: We gotta get rid of the tariffs, or nothing’s gonna happen,” Grassley told reporters in late March after several Senate Republicans met with the president on the issue.

Democrats, who control the House, have raised concerns about enforcement, labor and environmental issues. Mexico passed a labor law in late April to mitigate some of the concerns.