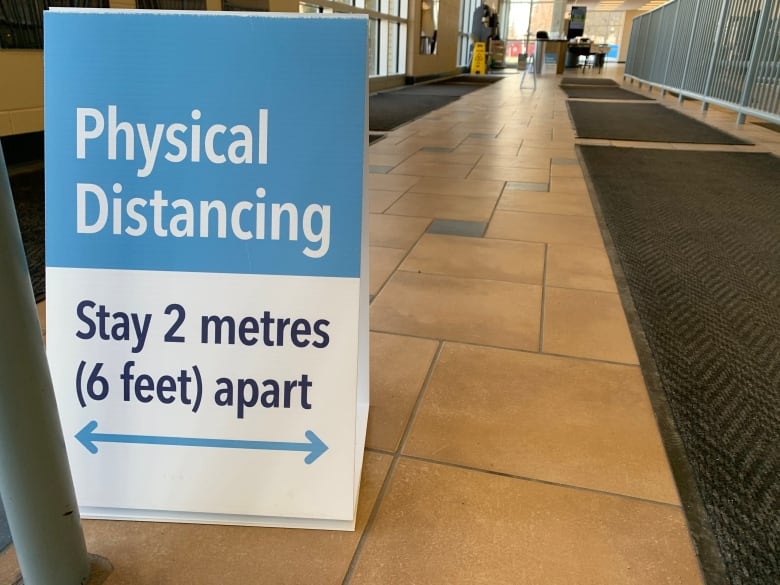 Saskatchewan’s chief medical health officer is predicting that by mid-May, all residents in the province aged 18 and over could have access to their first dose of COVID-19 vaccine.

Dr. Saqib Shahab made the prediction during the Saskatchewan government’s latest COVID-19 news conference on Wednesday.

“We are projecting that by mid-April, 50 and older will be getting vaccinated throughout Saskatchewan,” Shahab said, adding that people within that age group living in the province’s north already qualify for vaccines.

“By the end of April, 40 and older,” Shahab went on in describing the potential timeline for age-based vaccinations. “By early May, 30 and older. And by mid-May, all adults 18 and older will be able to access those vaccines.”

If those benchmarks are reached, they would put Saskatchewan ahead of its vaccination goal. Officials have previously stated their desire to see all adults receive their first dose of COVID-19 vaccine by the end of June.

In the meantime, anyone not yet vaccinated should follow all public health rules enacted to stop the spread of COVID-19, Health Minister Paul Merriman said.

“The vaccine’s the end goal,” Merriman said. “Between when we get that vaccine and get two shots into everybody that wants to be able to get vaccinated, [it’s about] the adhering to the public health measures.”

While acknowledging that COVID-19 variants have hit Regina hard in recent weeks, Merriman said infections numbers in the area are beginning to trend downward. The Regina area recorded 74 new COVID-19 cases on Wednesday, compared to 98 one week earlier.

Saskatchewan is once again extending the term of its existing COVID-19 public health orders by another two weeks. The rules will now be in effect until at least April 26.

“By then we will have a lot more people vaccinated,” Merriman said. “And I hope we can start looking at relaxing some of those restrictions. But it’s too soon to tell just yet.”

The extension also covers the recently-tightened rules in Regina.

No new measures have been announced.

Saskatchewan health officials reported 189 new cases of COVID-19 on Wednesday, based on 3,122 tests

Two more deaths were announced: one person in their 30s in the north central zone and one person aged 80 or over in the Regina area, which continues to lead the province in cases of COVID-19 variants.

Shahab noted that from January to March, the proportion of COVID-19 cases among young people aged zero to 19 has remained high and is currently leading all infected age groups.

Shahab said that while the B117 variant that originated in the UK has been linked to the hospitalization of younger infected patients, older people infected and hospitalized with the variant are more likely to die.

Overall COVID-19-related deaths in the first three months of 2021 were still heavily weighted toward people aged 50 and older, he added.

Regina also stood out on the oubreak front, accounting for 19 of the 41 new outbreaks reported by health officials in the first six days of April.

READ | The province gave a presentation Wednesday on COVID-19 in the province during the first quarter of 2021.