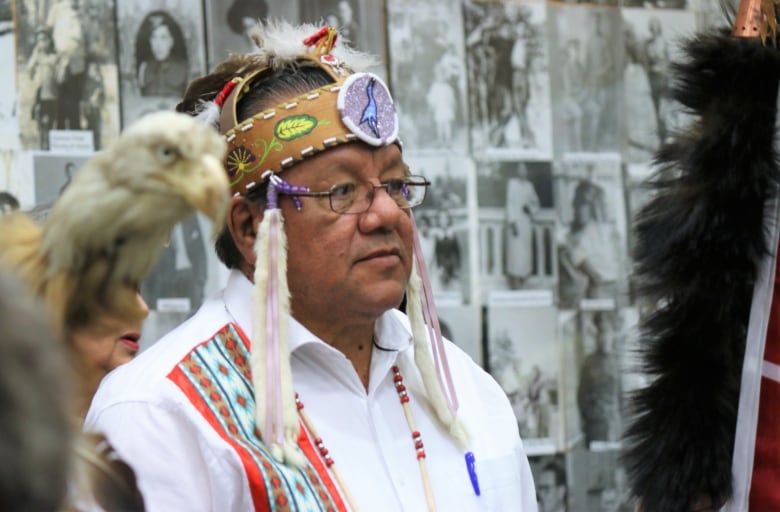 Over the last three weeks, Ontario election campaign leaders and candidates have addressed a range of issues — including affordability, housing and health care — and offered promises leading up to the vote next month.

But there has yet to be substantive conversation about Indigenous people and issues, say several current and former political leaders and analysts who spoke with CBC News.

The Chiefs of Ontario hosted a forum toward the end of April for the 133 First Nation chiefs to hear from and share their priorities with the four major party leaders (the Progressive Conservatives’ Doug Ford had to postpone his meeting until next week).

But since then, Glen Hare, Assembly of First Nations regional chief for Ontario, said he’s heard nothing from the parties.

“I am very disappointed. I thought we were getting somewhere,” said Hare.

There hasn’t been a major policy announcement related to Indigenous people, and none of the leaders of the main parties have visited an Indigenous community. NDP Leader Andrea Horwath did have a trip planned to a remote First Nation before it was announced she had tested positive for COVID-19.

Statements provided to CBC News from the Ontario Liberal, PC and New Democrat parties each said their leaders are talking to Indigenous people on the campaign trail, and listed a number of the commitments made in their platforms. The Green Party didn’t respond to a media request, but its platform includes a number of commitments on Indigenous issues.

Still, Isadore Day, a former Ontario regional chief, said that similar to the 2018 Ontario campaign, Indigenous issues have largely been missing from the 2022 conversation.

“There doesn’t appear to be a whole lot of enthusiasm or targeted efforts,” he said, adding it comes as a surprise given the recent media attention on children in residential schools and the search for unmarked graves in various parts of Canada.

All six Indigenous commenters who spoke to CBC News shared a long list of priorities they’d like to see addressed this Ontario election campaign, including housing, mental health, climate change, boil-water advisories, economic development, and implementing the United Nations Declaration on the Rights of Indigenous Peoples.

The four main party platforms do include a range of commitments to Indigenous communities that touch on those issues to varying degrees.

But even then, the platforms have “massive gaps,” according to Riley Yesno, an Anishinaabe writer and research fellow with the Yellowhead Institute, a First Nations-led research centre at Toronto Metropolitan University.

One of the biggest issues, Yesno said, relates to mining and the Ring of Fire, a proposed mega project in the far north that all parties say contain the critical minerals necessary to build greener batteries and cars.

“They’re [all] pledging to making access roads 24/7 to get into the Ring of Fire,” she said.

“You need consent beforehand to be able to promise that you are going to do something, which they do not [have],” said Yesno, adding there are some remote First Nations whose homelands will be affected by development in the area that still oppose it.

Travis Boissoneau, a regional deputy grand council chief with the Anishinabek Nation, which represents 39 First Nations in Ontario, said the platforms all have the same promises from previous elections.

“There’s nothing really profound that’s coming out of the parties and their platforms. They make mention of some potentially really good work, but I think we need to work in a more structured fashion,” Boissoneau said.

Need to focus on longer-term priorities

“Without structured, formal and meaningful processes to talk collectively, I don’t know how we’re supposed to move forward and address the issues that really affect our community.”

He added there have been no commitments by parties to have those longer-term conversations that would help Indigenous communities build their independence.

“We’re effectively taken out of the decision-making process, and therefore the consequences ultimately lie on the government of the day.”

John Beaucage, a former grand council chief of the Anishinabek Nation, said that in the past four years, there hasn’t been much progress on major files important to Indigenous communities.

“There hasn’t been a lot of movement in many aspects to First Nation economies, poverty levels, housing, water — the whole gamut.”

Part of the problem is issues on First Nation reserves are often seen to be under federal jurisdiction, Beaucage said. But many of those issues — like health care, climate and natural resources — need attention from all levels of government.

“How do we make sure that First Nations are part of the economic benefit, with mines, with forests, with building up transmission lines, with the production of electricity and all these things that can help the First Nation economy and allow First Nations to move from dependency to independence?” Beaucage said.

Some Indigenous issues are being discussed by some local candidates during this election, Beaucage said.

“I was pleasantly surprised last week when the local candidate from my riding gave me a call on my cellphone and said, ‘I’d like to have a chat about some of the issues that I should know about.'”

The relative “quiet” when it comes to Indigenous issues could result in lower turnout from the population, worries Tania Cameron, a self-described First Nations voting advocate living in Kenora.

First Nations electors historically have a low voter turnout for a range of reasons, including lower satisfaction and trust with the democratic process, barriers to voter registration, and the fact the Canadian government only granted “status Indians” the right to vote in 1960, according to an Elections Canada report from 2019.

During the last election, the newly formed majority-Indigenous riding of Kiiwetinoong saw the second-lowest voter turnout in the province. Cameron worries that will happen again.

But even once the campaign ends, Yesno said, the party that forms the next provincial government cannot forget the promises they made.

“That’s something I hope people remember. That their commitment to Indigenous issues can’t end with a vote.”