This municipal election, why is Hamilton’s police budget so taboo? 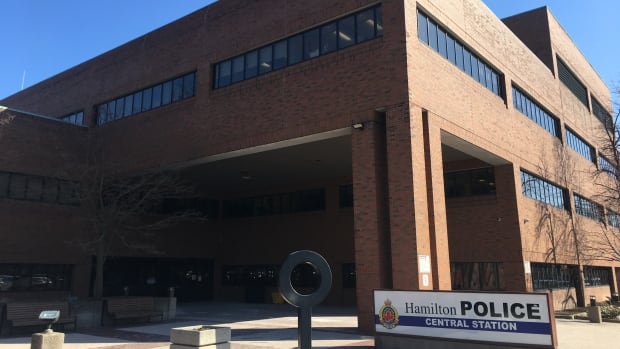 This column is an opinion by Mohamad Bsat, a staff lawyer practicing at the Hamilton Community Legal Clinic and founder of the running crew Air Up There. It is part of a special municipal election project by CBC Hamilton, featuring voices from the community. Find all our election coverage here.

The most expensive service in the city budget is by far the police “service.” The chief of police is one of the highest paid public employees in the city. Yet, we don’t bat an eye? Why?

Where is the ruthless nickel and diming — the $300,000 toward bike share comes to mind — that we have often seen from the city council over the past four years when it comes to other city services? Propose a change to any city service, and politicians and community members will quickly yell “but how much will it cost?”

Let’s talk about it.

We’ve seen council debate for hours when it came to raising wages to living wage for entry positions — a drop in the bucket in comparison to the salary of a 1st Class Constable, whose salary ranges between $91,909 and $100,183. A nurse hired by the city, which requires a degree and experience, has a salary of around $60,000-70,000. Under the current Police Services Act, police officers only require a high school diploma (the Comprehensive Ontario Police Services Act, introduced under Kathleen Wynne’s government, would require post-secondary education but has yet to be enacted).

There is something wrong here.

Even when we analyze more crucial departments in the city, they don’t even come close to the money we pour into policing. City Housing Hamilton, which is in desperate need of funds — not only to create more affordable housing units, but to adequately maintain the current stock to allow for dignified living — has an operating budget of $51 million. The police has more than three times the operating budget of City Housing Hamilton and it has grown every year.

Police officers are assigned to be social navigators, counsellors, or community liaisons — all positions better served by folks actually trained and learned in these practices.– Mohamad Bsat

In 10 years, from 2008-2018, we have seen the police-reported crime rate decrease by 26 per cent, yet the budget continues to grow. Police officers are assigned to be social navigators, counsellors, or community liaisons — all positions better served by folks actually trained and learned in these practices.

All this to say, we should be reducing the amount of salaried officers and instead replacing them with qualified social workers, public health nurses, outreach doctors, social service workers, and community outreach organizations. Defund and divest.

Every year there is an unwillingness to scrutinize the police budget in order for the city to build a more equitable city. The police board is unwilling or unable to hold the police accountable, whether it be on frivolous spending or harm caused to the community. Meanwhile, council leaders are quick to forget about the harms done by police when it comes time to talk about the budget. Who is the $183 million serving?

Only two councillors during this current term were bold enough to challenge the budget of the police. No one else has been willing to take it on.

Now, during the election campaign, aside from brief mentions from a very few, it feels like there is a fear by incumbents and candidates to publicly discuss the issue of the police budget. It is not included in any of the platforms put forward. There is likely a fear that they will alienate voters.

Most candidates have so far steered clear of the subject. At least one person in the running for council has made it clear they support the police, saying they are the “law and order” candidate, which should be a red flag to folks.

This reluctance to engage on the issue will mean that the bloated budget will remain and we will have less to spend on social factors that determine an individual’s health in society such as literacy, employment, income, addressing experiences of oppressions and trauma, and, notably, housing for all. Concentrated spending on these factors has been shown to increase the overall quality of life of individuals in a city.

In conversation with a local city housing policy employee, they mentioned to me that even if they were to ask for $20 million (which isn’t much in comparison to the lines on the police budget), they would be met with extreme opposition and a frugal attitude by council. Because housing doesn’t create revenue for the city, it remains an afterthought.

There was a time when the decriminalization of drugs was also taboo, but after years of advocacy from community members and expert advocates, officials are finally willing to understand that punitive measures won’t solve the opioid crisis. Even our most steadfast councillors are coming around.

The advocacy behind reallocating the police budget shares a similar stigma in our communities. People still believe that the best way to prevent harm and ensure community safety is to throw money at a punitive force.

Yet research has shown the best way to address social ills is by addressing our lack of social care. We have community supports that are dangerously underfunded which are better equipped to respond to the issues we have in Hamilton.

If we are a city that is committed to anti-oppression and anti-racism, we must move away from policing, and that starts with genuinely examining the police budget. We must be ruthless in the way money is spent to ensure it best serves our most vulnerable populations first.