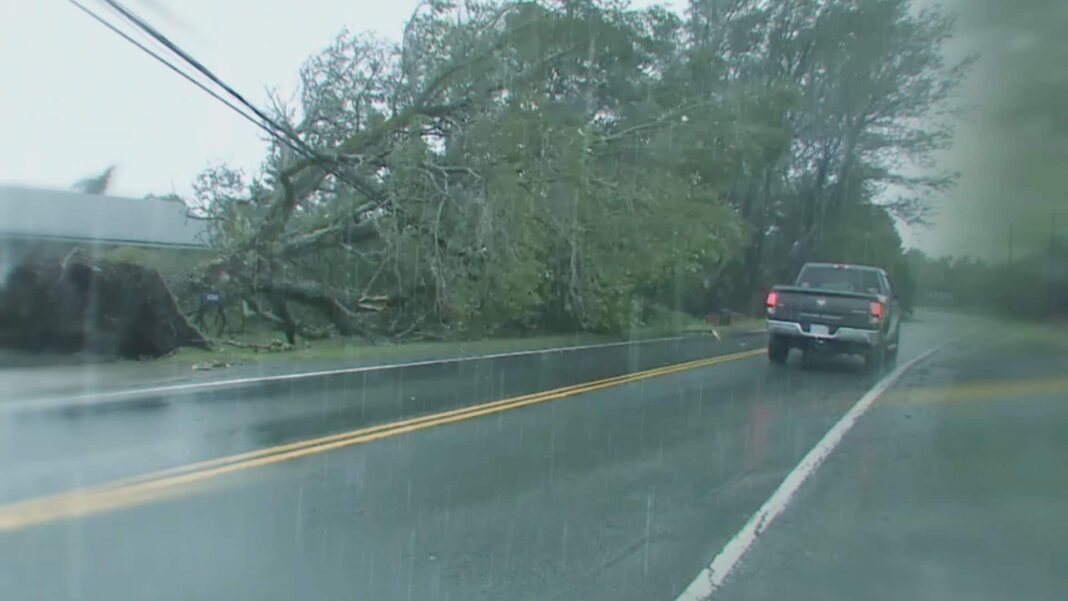 Hurricane Fiona is on its way and much of Atlantic Canada can expect heavy rainfall, powerful winds, with storm surge likely along parts of the coast.

The storm is still expected to make landfall early Saturday as a hurricane-strength post-tropical storm.

Power outages are very likely with sustained winds of 60 km/h expected across much of Nova Scotia, P.E.I. and into southeastern New Brunswick, with winds gusting over 100 km/h.

Areas of eastern Nova Scotia and P.E.I. are likely to experience the most severe winds with gusts of 120 to 140 km/h or higher looking possible, especially in exposed coastal areas. This will especially be problematic given the long duration of this event.

With the trees in full leaf, gusts in the 70 to 100 km/h range are also likely to cause some power outages for areas further west.

The rain is already underway across the region as a cold front ahead of Fiona tracks through. Between the front and Fiona, totals of 100 to 150 millimetres of rainfall are expected along and west of the track. Local amounts could exceed that in tropical downpours and there’s a high risk for flash flooding and washouts. 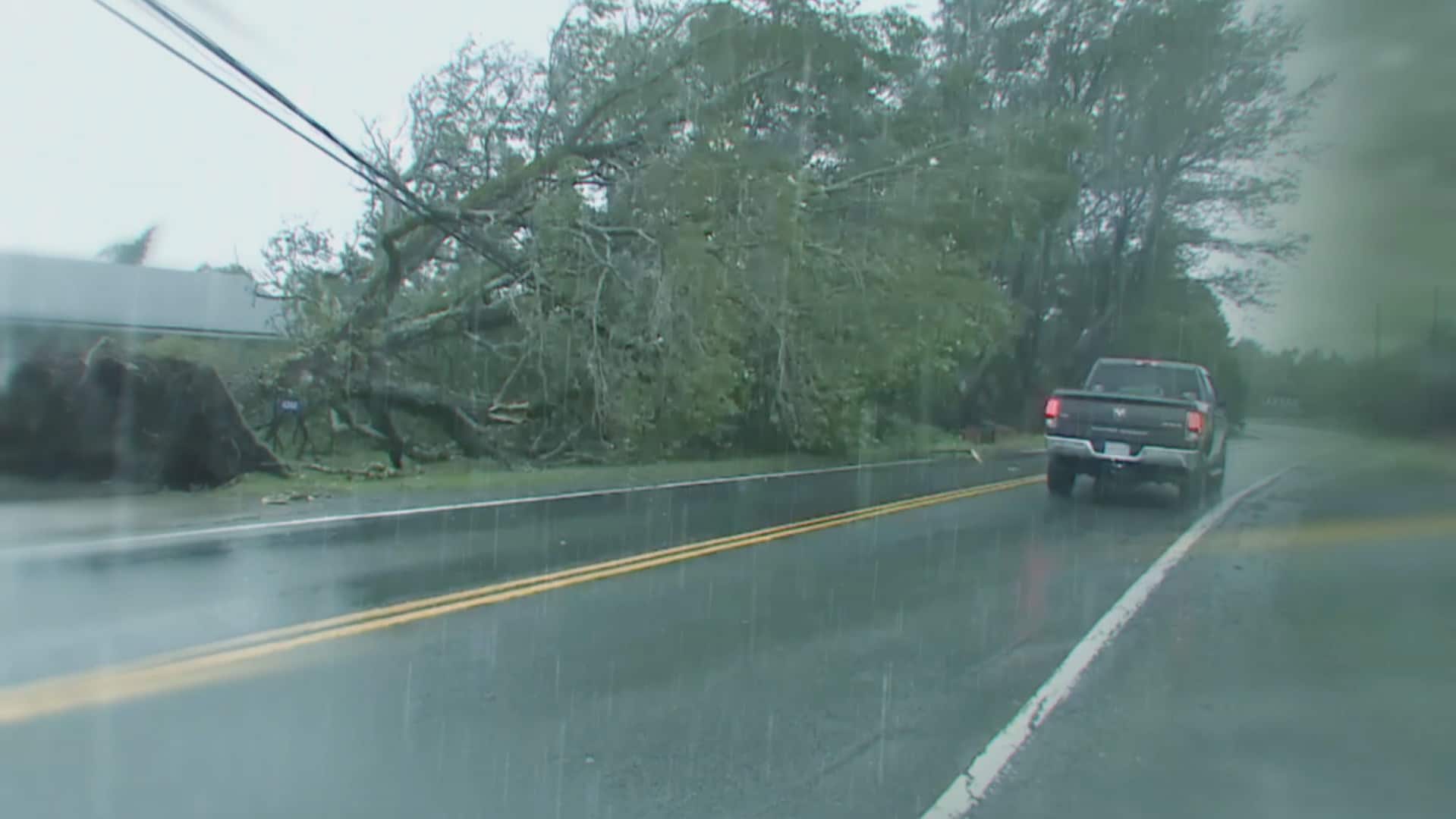 Fiona has potential to be a record-breaking storm

CBC meteorologist Ryan Snoddon says it won’t be a Category 4 hurricane by the time it makes landfall in Atlantic Canada, but a hurricane-strength post-tropical storm.

Fiona will bring pounding surf and large waves into eastern Nova Scotia on Friday night, then into the Gulf of St. Lawrence overnight and into Saturday.

The Canadian Hurricane Centre is warning of coastal flooding for Nova Scotia, P.E.I. and eastern New Brunswick as the combination of storm surge and large waves move onshore.

For most areas, the highest water levels will be Saturday morning near high tide.

So when does the storm arrive and when does it leave? Here’s a breakdown of what to expect.

While New Brunswick will take a break from the rain on Friday, most of Nova Scotia and P.E.I. will see periods of rain as a cold front stalls across the eastern Maritimes.

The winds will remain relatively light, allowing for last-minute preparations.

Friday evening — Batten down the hatches

As we turn in for bed on Friday evening, Fiona will be approaching. Heavier rains will track in from the south and the winds will be increasing as well.

As we move into the overnight hours, expect the wind and rain to ramp up quickly. Areas closer to the storm track will really begin to feel the force of Fiona’s winds.

As Fiona makes landfall near Cape Breton, the strongest winds and heaviest rains will continue.

The storm will be massive, bringing widespread damaging gusts of 100 km/h or higher. High tide coinciding with the strong winds and storm surge is likely to bring coastal flooding for some areas.

Again, the duration of this storm will be one of the reasons it will be so severe. Many locations across the eastern Maritimes are projected to see gusts over 100 km/h for 12 hours or more.

While areas in the western Maritimes will see conditions improving throughout the afternoon, it will be Saturday evening and overnight before folks in eastern areas feel some relief from the intense winds and rainfall.

Tim Webster, a research scientist at the Nova Scotia Community College, said computer simulations he ran showed flooding could be a problem.

“Right now it looks like on the Northumberland Strait side at least, it’s lining up with high tide for early Saturday morning,” he said late Thursday. “The storm surge prediction is about 1.7 metres.”

That could erode the shore and damage coastal properties and roads, he said.

He said people should consider gathering a 72-hour kit to see them through any outages or other storm-related difficulties. Tree falls could temporarily close roads, he noted.

The kit should cover all people and pets in the house, with things like prescriptions and pet food. He said people on well water will want to have enough water in jugs to see them through a few days.

“Store [the kit] in a tote, a backpack. That way if you do get evacuated, you can bring that into a Red Cross shelter or other facility and that will make your stay with us a little more comfortable,” he said.

He added that it will be safest for most people to stay home, rather than risk the roads during the storm. Emergency officials will tell people if they need to leave, he said.

Fiona will also be hitting Newfoundland and Labrador. Rain should begin Friday before the storm itself hits, and more than 100 millimetres of rain could fall on the southwest coast between Friday and Saturday.

The strongest and worst impacts will be felt along the west and southwest coast of the island on Saturday. Twelve-metre waves and high surf are expected along the southwestern coast.

Environment Canada has issued tropical storm warnings for some parts of Quebec bordering the Gulf of St. Lawrence. Heavy rain and winds of 60 km/h to 90 km/h are expected, with gusts closer to 100 km/h.