This Is What Drake Bell Looks Like Under All His Clothing 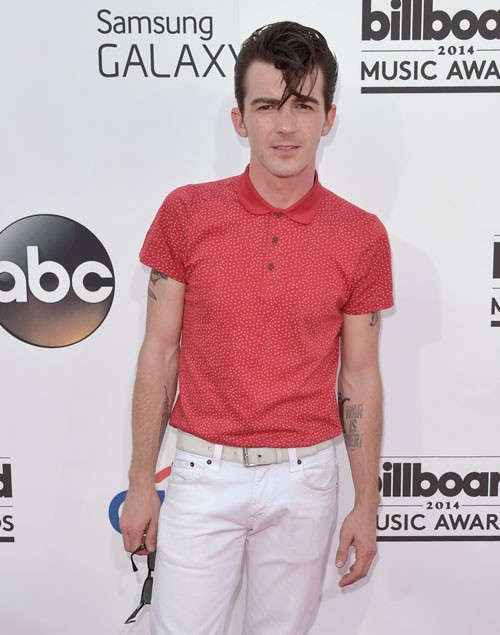 Drake Bell stripped down for Flaunt magazine, and it came as quite the surprise.

While half-naked dudes are nothing new for the publication (praise you, Flaunt), we have to admit we didn’t expect to see the former Drake & Josh star to look like that!

In several shirtless photos, Bell reveals his ripped body, toned six-pack and bulging, tatted biceps—all of which we never knew was hiding underneath his clothing all this time.

Hot bod’ aside, however, Bell also dons some fashionable ensembles—including ripped jeans, boots and leather jackets—which he says is a part of expressing his creativity.

“Music is my journal,” he told the publication. “It’s a way to express myself and convey my emotions and thoughts to the world through melody and song. Fashion is an extension of the music. Artists from every generation wear clothing that resonate with and inspire the art they create. Just like music, fashion sets the tone for how I choose to be in the moment and portray myself to the world.”

Meanwhile, it’s been a busy week for Bell who made headlines Monday after he tweeted about not being invited to his former co-star, Josh Peck‘s wedding last weekend.

“When you’re not invited to the wedding the message is clear….,” he wrote in a since-deleted post.

“Loyalty is key,” he continued in another deleted remark, which we can only assume was aimed at Peck. “ALWAYS remember where you came from.”

While Peck didn’t necessarily address Bell’s comments, he did join Allegedly with Theo Von & Matthew Cole Weiss (before the wedding) and opened up about the questions he always gets about his former co-star.

“When people see Drake and I together—and it rarely happens just because he’s working and I’m working—[people] are like, ‘What? What are you doing here?'” he said of the attention the duo still attracts.

When he’s not beside Bell, Peck said fans always want to know where he is. “I have no good answer for people—and I get it all the time, which is like, ‘Where’s Drake?'” he commented. “I wish I had a better answer, but probably at home? Whole Foods? I don’t know.”

Needless to say, it appears the two have certainly drifted apart at this point in their lives.