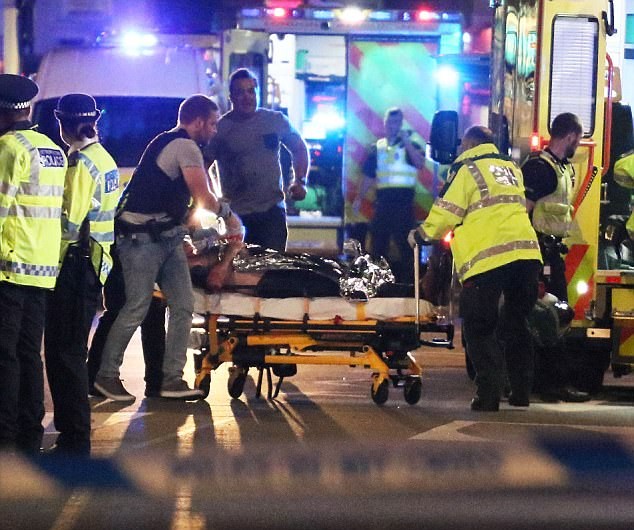 Police on Tuesday named the third attacker in the weekend terror assault in London amid mounting anger, two days before an election, over how the jihadist killers had apparently escaped surveillance.

With flags at half-mast, the nation fell silent at 11:00am (1000 GMT) to remember the seven killed and dozens injured on Saturday night — a mourning ritual now grimly familiar after two previous terror attacks in less than three months.

Police identified the third attacker as Youssef Zaghba, a 22-year-old Italian of Moroccan descent, a day after naming his accomplices as Khuram Shazad Butt, 27, a Pakistan-born Briton, and Rachid Redouane, 30, a self-described Moroccan-Libyan dual national.

Police also said they had made an overnight raid in east London and arrested a 27-year-old man early Tuesday. Twelve people arrested earlier have since been released without charge.

Butt “was known to the police and MI5” but there was no intelligence to suggest the attack was being planned, the Metropolitan Police said. Zaghba was “not a police or MI5 subject of interest,” it added, an assertion that seemed to conflict with accounts in the Italian media.

Criticism immediately flared about how Butt was able to carry out the attack.

He had notably featured in a Channel 4 TV documentary entitled “The Jihadis Next Door” and, according to the British media, numerous people alarmed by his views had gone to the authorities.

According to Italian media reports, Zaghba’s status as a potential militant was notified to the British and Moroccan secret services.

The London attack follows the May 22 suicide bombing at the Manchester Arena by Salman Abedi — killing 22 people including children — who was also known to British intelligence services.

“Why didn’t they stop TV jihadi?” The Sun asked on its front page, while The Daily Mirror asked: “So how the hell did he slip through?” The conservative Daily Telegraph added: “It is astonishing that people who pose such a danger to life and limb should be able to parade their foul ideology on TV with no consequences.”

Foreign Secretary Boris Johnson acknowledged that the security services had to provide an answer.

“People are going to look at the front pages today and they are going to say, ‘How on earth could we have let this guy or possibly more through the net? What happened? How can he possibly be on a Channel 4 programme and then committing atrocities like this?’,” Johnson said on Sky News.

“That is a question that will need to be answered by MI5, by the police, as the investigation goes on,” he said.