They aren’t Christian, but they love Christmas. Here’s how they celebrate 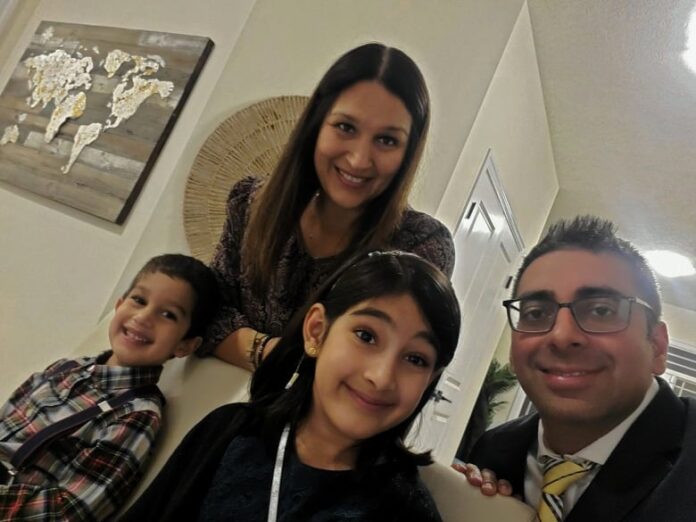 Twinkling lights, the scent of pine, and a warm hug through a mug with hot chocolate — these are just some of the things that make Christmas.

While it has its roots in Christianity, the season to be jolly has been well loved even by those with other faiths and ideologies.

Rizwan Sayani, of Waterloo, Ont., is Muslim, but has been celebrating Christmas with his wife and their two children for about seven years. He said they set up a Christmas tree, put up lights and wrap presents.

“My seven-year-old daughter Raina gets really excited when it’s Christmas time,” he said.

“She starts singing Christmas carols all over the all over the school and all over the house and everything. Just the joy that she gets from it really, really shines in the house.”

That Christmas joy has also touched Jayanti Dabhere, a Waterloo resident who has been celebrating Christmas for about 12 years with her husband, Amol Patil, even though they were both raised Hindu.

“This is just our second Christmas in Canada,” Dabhere said.

“Just wanting to be involved and a part of a larger celebration is what prompted us to celebrate Christmas in the first place. We have already noticed that we feel so much more a part of community when we celebrate Canadian festivals. So that’s what attracted us to do it.”

For Dabhere, Christmas has always been more about love, kindness and sharing time with family — ideas that resonate with people no matter their religion.

Dabhere and Patil said they started decorating sometime in November. They also enjoy driving around, admiring the way the lights and decorations their neighbours have put up for Christmas.

Carmen Che, another Waterloo resident, said her parents are Taiwanese immigrants who only started celebrating Christmas because she and her sister really wanted to.

“When my sister and I were young, my parents would humour us and get a real tree every year. But after a while, they started getting tired of all the fussing around,” Che said.

“But even after that, my sister and I would still take all the ornaments that we already had and just decorate the staircases. It was part of wanting to fit in with the community. We didn’t want to miss out on the on the festive spirit with something that we grew up with.”

She said she grew up in a neighbourhood where people did not share one common faith, so Christmas was an opportunity to celebrate something with community members.

Che said without ever thinking about it — or intending to do it — she has woven in the culture and traditions she learned from her Taiwanese parents into the way she celebrates Christmas. One of the newest ornaments on her Christmas tree this year is a lucky cat, also known as the maneki-neko.

“To me, it represents my heritage. It represents the Chinese culture I had growing up,” she said. “It’s also meant to be a symbol of luck and fortune. It’s cute and it has all the right colours.”

She said participating in Christmas celebrations as a child was a way for her and her sister to feel a part of the larger Canadian culture around them.

His two kids have grown up celebrating Christmas alongside Salgirah, which comes around every year on Dec. 13. Salgirah is a holiday celebrated by Ismaili Muslims to commemorate the birthday of their spiritual leader, Mawlana Hazar Imam.

“I’m really hoping she keeps the tradition of Salgirah and Christmas and invites both cultures like having a nice family dinner and also helping people,” he said, referring to his daughter Raina. “I’m really hoping that she continues that tradition even 20 years down the road.”

He reflected on how Raina’s childhood Christmas memories will be very different from his.

“Growing up, we never celebrated Christmas at all. We thought it was like, you know, just whatever, it’s another holiday, another free day off,” he said. ” I think now having that openness [around celebrating Christmas] has just really brought cultural awareness to everyone.

“It’s not that she’s going to forget her culture. She’s always going to remember. But at least now she can incorporate both aspects of it.”

The Morning Edition – K-W8:58These people didn’t grow up celebrating Christmas, but love it all the same

Christmas is well-loved by people of many different faiths and ideologies. CBC Kitchener-Waterloo’s Aastha Shetty checked in with those who are not Christian, but still celebrate to find out why.