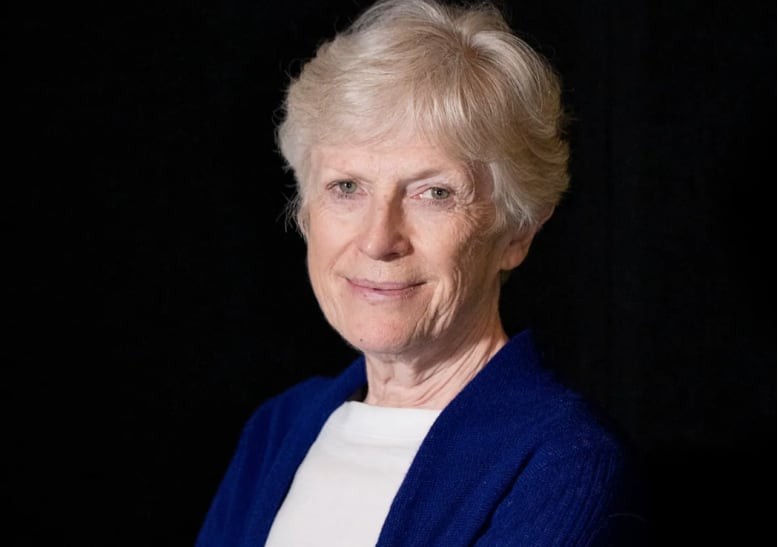 Not all for-profit long-term care homes in Ontario are equal when it comes to containing COVID-19, an analysis of provincial data by CBC’s Marketplace has found.

While previous analysis showed municipal and non-profit homes consistently fared better during the coronavirus pandemic and pointed to potential reasons why that might be, a breakdown of deaths per 100 beds by company shows Southbridge and Rykka Care Centres homes had higher death rates than their for-profit peers.

In homes that have had at least one outbreak between the beginning of the pandemic and Dec. 13, Southbridge Care Homes lost nine residents per 100 beds. There were 8.6 deaths per 100 beds at Rykka Care Centres homes.

All of those companies had death rates higher than the non-profit and municipal categories. Non-profits had an average of 2.8 deaths per 100 beds while municipal homes averaged 1.4. The average death rate in for-profit homes is 5.2.

Pat Armstrong, a professor at York University in Toronto who studies best practices in long-term care, said her research shows consistent differences among ownership types when it comes to other quality-of-care indicators.

“Certainly ownership is a factor and we’ve known that for a long time,” she said. “It doesn’t mean that all of the for-profits are terrible or that all of the government-owned ones are wonderful, but the pattern has been pretty consistent for quite a while now.”

All homes also need more staff, she said, but it’s “particularly the case in the for-profits.”

On Tuesday, the province’s COVID-19 Science Advisory Table identified chain ownership as one of the most important risk factors “for the magnitude of an outbreak, and the number of resulting resident deaths.”

But companies that have fared poorly in the pandemic continue to apply for more beds.

Recently, as part of a redevelopment plan, the province awarded 87 additional beds to Orchard Villa, a Pickering, Ont., home owned by Southbridge where 70 residents died in the first wave.

More than 26,000 people have signed a petition asking the government not to let Rykka, which owns two of the five homes the Canadian Armed Forces were deployed into during the first wave, buy a not-for-profit care home in Toronto.

“My grandfather is a resident at Rose of Sharon, the only Korean-cultural long-term care home in Toronto,” wrote Sandra Kang in the petition. “Rykka Care Centres LP, a for-profit company, wants to take its licence over and run the home — even though they have consistently failed to protect the lives and rights of their residents and workers.”

The closing date for consultation on the proposal ended on Dec. 14.

Overall, about 79 per cent of long-term beds in Ontario are in homes that have had at least one COVID-19 case inside, according to CBC’s analysis.

Marketplace‘s review only included beds in homes that had at least one outbreak. In Ontario, an outbreak is defined as a single case, involving either a staff member or resident. Homes that have had no COVID-19 cases, often in areas of the province with little or no community transmission, were not included.

Nicola Major, director of communications and initiatives for Responsive Group, the operating partner of Rykka Care Centres, said the analysis is “flawed, and not an accurate reflection of the state of long-term care in Ontario.”

“Most long-term care homes that experienced a COVID-19 outbreak early in the pandemic were significantly impacted, no matter the ownership structure,” she said.

Rykka and some other chains said locations that did not have any COVID-19 cases inside should have been included in the analysis. Rykka has two small long-term care homes in Stoney Creek that have had no outbreaks.

But even if CBC’s statistics had included those homes, the death rate for the company would be 8.1 instead of 8.6, still vastly higher than the average in for-profit homes.

Home design a factor, but not the only one: experts

Many of the chains that had a higher-than-average death rate pointed to age of homes as a factor. As CBC reported in June, many of the worst outbreaks took place in older buildings where there is less space for distancing and where many residents share rooms.

Since that report, medical journals have published studies that show similar findings.

CBC’s analysis shows that while shared rooms are a risk factor, some companies appear to mitigate those risks better than others.

Homes that meet only 1972 facility standards that allow for narrow hallways and four-person shared rooms are labelled “C” on a provincial scale that includes designations of “New,” ” A,” “B,” “C” and “D.” Those homes represent almost one-third of Ontario long-term care beds. The majority of “C” beds exist in for-profit homes.

Ontario changed its standards for homes in 1998, mandating things such as a limit to two residents per room. Homes that didn’t meet the new standards were allowed to keep operating, with the expectation they would upgrade eventually.

But experts say existing problems in long-term care contributed to the difference in COVID-19 death rates between for-profit and not-for-profit homes.

Studies done pre-pandemic have found there are lower staffing levels in for-profit care, which would have affected care levels during an outbreak, said Armstrong.

Having fewer workers taking care of residents with dementia would be a problem during a pandemic, she said.

“That makes it harder to talk them into doing things from eating to wearing a mask to not wandering out of their room.”

Companies with homes hit hard by the pandemic also cited timing of the outbreaks as a factor for why high numbers of deaths occurred.

Sienna Senior Living, which has seen 6.5 deaths for every 100 beds in homes affected by COVID-19, cited community spread and “the delay in provincial infection prevention and control protocols and changes to public health protocols during Wave 1” as two reasons for large outbreaks.

The company is dealing with an active outbreak that has killed 21 residents at Rockcliffe Community Care in Scarborough.

Extendicare, which had a death rate in line with overall death rate in for-profit homes, said  “third-party expert evidence shows that a long-term care home’s age, size and proximity to community spread are the causative predictors of a severe outbreak, not who owns the home.”

Still, some older homes with ward rooms and shared bathrooms are doing better than others when it comes to containing the coronavirus.

Toronto has had significant community transmission throughout the pandemic. Sherbourne Place (non-profit) and Elm Grove Living Centre (for-profit) each have 126  “C” class beds and have seen 18 and 19 deaths respectively — a death rate of about 15 per 100 beds.

Meanwhile, municipally run Castleview Wychwood has one of the biggest homes in Toronto, with 456 beds, which are also “C” class, but government data indicates it has had fewer than five COVID-19 deaths, or less than one death per 100 beds.

The five homes with the most deaths in Toronto all have “New,” “A” or “B” designations, which don’t allow for four-bed wards. Only one is a for-profit facility.

Chartwell pointed to similar risk factors for outbreaks, as well as timing of outbreaks, saying the company’s two hardest-hit homes were older-design homes that “went into outbreak early in the pandemic before the asymptomatic nature of the transmission of the virus was understood.”

Some municipal homes that have redeveloped have done so with the help of city and town councils chipping in from the local tax base, said Lisa Levin, the CEO of Advantage, a group representing the interests of non-profit nursing homes in Ontario.

But it is a complicated issue, said Tamara Daly, director of York University’s Centre for Aging Research and Education.

In a small home, the subsidies to rebuild can top $20 million in public funding over 25 years for capital investments on top of what the government pays a home for care, said Daly.

“We the public pay for, with public funds, these buildings, and they are owned privately,” she said.

CBC used publicly available data on COVID-19 outbreaks and matched it with data on home ownership. CBC isolated all homes that have had at least one outbreak between the start of the pandemic and Dec. 13 to compare how different companies managed to contain the virus once exposed. Homes that had no cases, which were often in areas of the province with no community transmission, were not included in the rates.

For each parent company, its total deaths per total potential exposures (i.e. beds in homes with outbreaks) were used to calculate death rates. Parent companies were not counted as a “chain” if they operated fewer than 500 beds.

Some long-term care chains manage independent for-profit or non-profit homes but are not the owner/operator. Only homes owned and operated by the parent company were included in the analysis.