There’s a story we tell about Calgary. It excludes so many of us 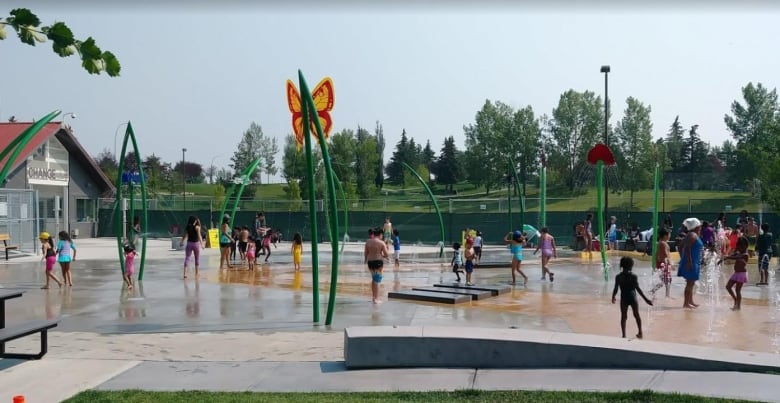 This column is an opinion by communications professional Esmahan Razavi, who moved to Calgary, left the city, and then came back. For more information about CBC’s Opinion section, please see the FAQ.

A couple of weeks ago, I took a trip to Toronto — the city where I spent my teens and early 20s. Each time I go, I get the same question: “Why are you still living in Alberta?”

After over a decade in Calgary, the question chafes. I love living in Calgary, and I choose to stay.

But that question hit me in a different way this time. I came to a depressing and uneasy realization: despite being a proud Calgarian, I still breathe more easily in Toronto.

On the one hand, this feels like a betrayal to Calgary, the city I call my home. And on the other, I don’t want it to be true — it means that, as much as I might deny it, a part of me feels like I’ll never truly fit into what it means to be a Calgarian.

I don’t think I’m especially paranoid or precious for feeling that way. I’ve lived all over North America, and on other continents, but for a city with such a constant flow of newcomers, I am struck by how routinely I hear people proclaim they’re born-and-bred Calgarians, as though being born into a specific longitude and latitude is an accomplishment.

It feels like a loaded message: those of us who packed up our lives and chose Calgary will never be as truly Calgarian as those who were born here.

That kind of exclusion is reflected in the story we tell about Calgary.

There’s a perception that everyone outside of Calgary has an outdated, incorrect view of this city. But people who live here hold those views, too, and so many of them are the loudest voices telling our story.

The truth is, Calgary is two different cities at the same time. One is a corporate city whose greatest success lies in a vision of the past — and if we just hold on, the empty office buildings and quiet downtown streets will one day return to their former glory.

In this version of Calgary, boards for major organizations are predominantly white and male, and when progress is made it’s typically for white women, as though racialized individuals don’t exist. A significant portion of the racialized population is relegated to a single urban quadrant that suffers from an infrastructure deficit and a tendency to be blamed for everything, from COVID rates to gang violence.

In this city, our brand is corporate and cowboy. If you don’t identify with these things, you don’t belong.

But there’s another Calgary. My Calgary.

This is my Calgary

It is a vibrant, diverse and dynamic place, where we are not only ready to embrace the future, but also to be the ones who build it. My Calgary is Prairie Winds Park, where teenagers play basketball in their traditional dress and hear dozens of languages in their school halls.

My Calgary just elected its first racialized woman mayor, after electing the country’s first Muslim mayor. My Calgary is Canada’s third-most diverse city. My Calgary is a place where tickets to theatre and live performances sell out, where people play cricket in the summer, where people move from across the world for everything from academics to tech to film to renewable energy.

It’s a Calgary many of us like to talk about. In some ways, it’s hidden away, trotted out only to check a box about how diverse we can be.

My point is not to diminish the things we celebrate now, but to issue a warning. In a city that sits on traditional Blackfoot territories and has a visible minority population of over 35 per cent, telling an exclusionary story has consequences: people will feel like they don’t see themselves in what this city can be. And to roll one’s eyes and dismiss that feeling, to more staunchly entrench oneself into the corporate, cowboy attitude, is to ignore so many people who make this city what it is today.

On the plane home, I remembered a Tourism Toronto ad. It leans into Toronto’s reputation as a diverse, welcoming city.

It showcases clips from around the city and proclaims: “all flavours are welcome.”

Diversity is the lifeblood of the ad, and the city.

But how often are those featured on our tourism ads? How often is the northeast’s Prairie Winds Park spoken of in the same breath as Edworthy or Weaselhead?

What would it mean for Calgary if our official story was also “all are welcome here”? What if we centred diversity in everything we did, instead of tacking it on at the end?

What if we told a story about belonging and the future, instead of tradition and exclusivity?

If I didn’t feel like I belonged here in Calgary, I would move. I did for a little while, to downtown Vancouver, a minute away from the ocean.

I came back because I believe in this city. Because I know we are a place where so many can feel welcomed and embraced.

Because I know we can change Calgary’s story.