There’s a big plan to slow erosion in the Magdalen Islands. But will it work? 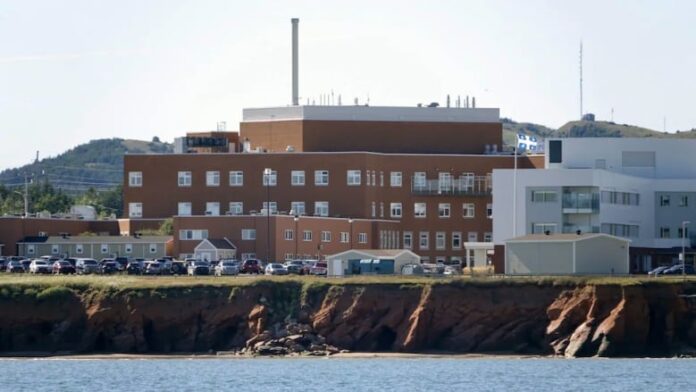 An $11.6-million plan to slow the erosion of a vulnerable section of coastline in Quebec’s Magdalen Islands will involve dumping thousands of tonnes of gravel on a beach that is being rapidly eaten away by the tumultuous waters of the Gulf of St. Lawrence.

The municipality’s director of engineering, Jean Hubert, said the project will do more than just protect buildings and infrastructure like a cinema and the region’s only hospital in Cap-aux-Meules.

“It also creates a base that can be used by people once the beach softens. It will make the sea accessible,” he said.

But the idea of using gravel to protect a coastline from the round-the-clock onslaught of tidal waters and the impending threat of climate change makes little sense to a coastal erosion and beach management expert who has spent much of his career in the nearby province of Prince Edward Island.

“To be frank, the only thing that I know of in this situation that can provide 40 to 50 years durability is armour stone revetment — a wall made of large armour stone,” said Robin Davidson-Arnott, professor emeritus in the department of geography, environment and geomatics at the University of Guelph.

Those stones are very expensive and would have to be brought in by barge, he explained, but the wall would last longer than the sloping gravel pile officials plan to install this coming fall.

Davidson-Arnott has not seen the studies proving the plan in the Magdalen Islands will work, but he suspects it won’t last more than five years as waves will wash it away, potentially doing more damage as the abrasive sediment is carried down the coastline by the water.

“They say there is a 40-year lifespan in which they will have to do nothing. If you’re going to claim that, you really have to have very good data and very good simulations to justify that,” he said.

“Anything is possible, but given what they are putting in there, I would need to be very, very reassured that they’ve done their homework on this, and frankly, I just don’t believe it.”

Davidson-Arnott said, given the effects of climate change and the extent of the erosion that will come, it’s time to think more about retreating than trying to fight back the powerful waves.

The erosion of the archipelago’s brittle cliff-lined coast is a concern throughout much of the Maggies, but six specific areas have been targeted by a special committee that is working to protect historic sites, buildings and municipal infrastructure.

857 metres of coastline covered in gravel

Work on the scenic but eroding red sandstone cliffs of Cap-aux-Meules, considered the downtown core of the islands, will include backfilling a section of beach that stretches 857 metres.

The gravel mix will reach an elevation of about four metres above sea level, or about twice as tall as basketball star Michael Jordan.

A total of 67,000 cubic metres of aggregate will be used, including 20,000 directly from the Magdalen Islands. The municipality is covering about $1 million, and the rest is being covered by the provincial and federal governments.

The project is expected to take about 10 weeks to complete — a section was already filled in behind the Cinema Cyrco. A call for tenders will be made next month.

Hubert said there are people who question the project’s viability, but it is fully supported by the province’s Ministry of Public Security.

“Many people may doubt the solutions put forward, but the various protection scenarios have been evaluated and tested with hydro-sedimentary simulations,” he said.

Eroding at rate of half metre per year

The gravel aggregate will have a diameter of 40 millimetres. Other measures are being taken along other coasts in the Magdalen islands, but the aggregates used to backfill along Cap-aux-Meules will be particularly coarse, because it is battered hard by storms, and needs extra protection, said Hubert.

“It is therefore not fine sand as we know on the beautiful beaches of the Magdalen Islands,” Hubert said. “Plus, this same material already exists in the sector it will be protected and it has been present for more than 40 years.”

Hubert said this measure will be much less visible by boaters on the water than other options officials considered. He said it will fit better with the landscape.

Researchers from Université du Québec à Rimouski have been monitoring erosion on the islands for decades. Since 2005, the rate of erosion has sped up, amounting to about 46 centimetres — or half a metre — per year.

Once backfilled, Hubert said the aggregates will create a natural slope on which the waves can run aground instead of reaching the buildings.

“The fill reacts very, very well to the onslaught of waves and behaves as expected,” he said.