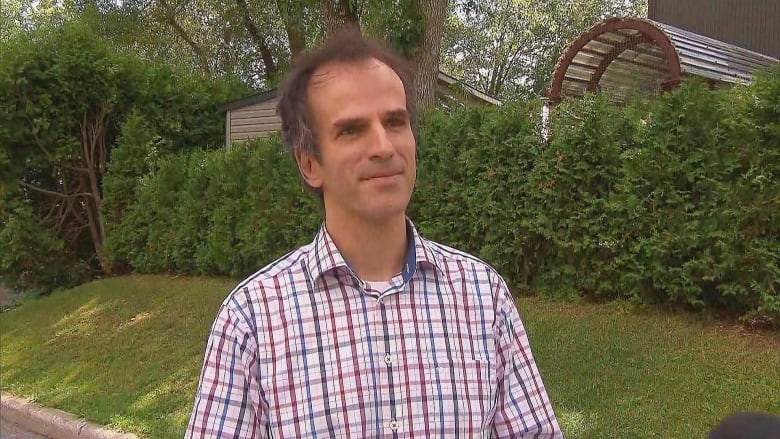 There will be enough seats for all First Nations survivors who want to attend Pope Francis’s big reconciliation mass in Quebec after all, the planning committee for the papal visit has confirmed.

“We will be able to respond to the request of every single survivor of residential schools who would like to attend this moment,” said Jasmin Lemieux-Lefebvre, who is part of the committee.

The announcement follows a meeting between Indigenous leaders and the planning team, during which the two parties discussed the number of survivors in Eastern Canada who want to attend the mass, which will take place on July 28 at the Sainte-Anne-de-Beaupré Basilica, about 30 kilometres northeast of Quebec City.

“We’ve got enough of a margin now to see that yes, we’ll be able to accommodate everybody,” Lemieux-Lefebvre confirmed.

Indigenous leaders in Quebec had expressed uncertainty and disappointment these past weeks about how many seats would be available for survivors.

The regional chief for the Assembly Assembly of First Nations for Quebec and Labrador, Ghislain Picard, who took part in the meeting, said he is satisfied with this news.

“The priority will be entirely given to survivors of the residential schools and that’s what we wanted since the start,” he said in an interview with Radio-Canada.

The space inside the basilica is limited to 1,400 seats, and 70 per cent of them will be reserved for First Nations, Inuit and Métis people.

The Church is also setting up an additional 10,000 seats outside the basilica, of which 7,000 seats are set aside for Indigenous people.

Lemieux-Lefebvre said residential school survivors will be seated right in front of the Pope.

“I think that if we’re not putting [them in front], we’ll hear from Pope Francis himself,” he said. “I think he made it clear that his priority is to meet them.”

Picard said making sure spots are fairly distributed among First Nations in Eastern Canada and deciding who gets an indoor or outdoor spot is challenging.

He said it will be up to each nation to determine who within the community gets the coveted seats. “I think it’s only fair,” he said.

The assembly is now working on making sure Indigenous communities have the most up-to-date and accurate information possible, because there has been a lot of confusion and misinformation, Picard said.

One issue that remains to be addressed is accessibility at the site, according to Tania Courtois, a community health co-ordinator for Ekuanitshit, an Innu community on the North Shore.

Courtois told Radio-Canada’s Espaces Autochtones that details about transportation to and from the site remain very unclear.

“We will be going with elderly people, sick people who need helpers and we are not enough,” she said. “We don’t know how transportation will work. It’s hard, we try to organize ourselves and help each other, but [the information] is blurry.”

Picard echoed Courtois’s concern, saying many survivors are elderly people who require assistance to move around.

Lemieux-Lefebvre said more details about logistics will be announced Friday.