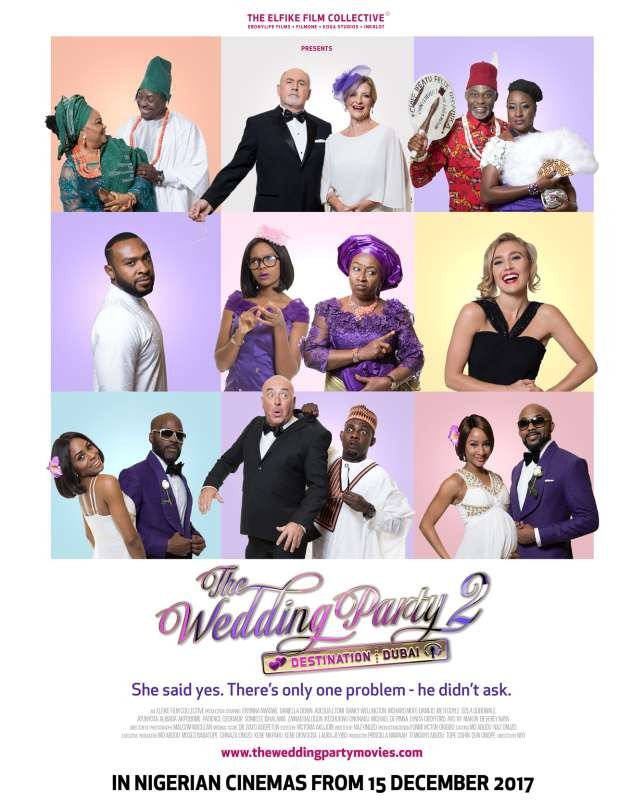 Along with an official teaser and behind the scenes photos for “The Wedding Party 2,” fans got plenty hints and morsels of information about the upcoming film.

Pulse Movies have put together 10 things we know about the anticipated sequel to the highest grossing Nollywood movie.

Here’s everything we know.

1. The sequel is titled “The Wedding Party: Dubai Destination.”

The original film was helmed by Kemi Adetiba.

The Wedding Party 2 in Dubia

5. “The Wedding Party 2” which commenced shoot on May 1, 2017, shot in Nigeria for at least two weeks before heading to Dubai for another two weeks.

6. “The Wedding Party 2” follows the romance between Nonso Onwuka and Deirdre; the bridesmaid from London.

7. From some of the tidbits and teasers that have been shared online, we know that Dunni and Dozie are having twins. Also, the dramatic Tinuade Coker has a new rival in Ozokwor’s character.

8. The sequel is produced by ELFIKE Film Collective: a partnership of EbonyLife Films, FilmOne Distribution, Inkblot Productions and Koga Studios.

Ireti Doyle has her ‘Lady Obianuju’ game face on!

According to the Group Executive Director/COO FilmOne, Moses Babatope, the movie is aiming to be released in 15 territories when it makes its debut later this year.