The untold truth of the Toe Bro 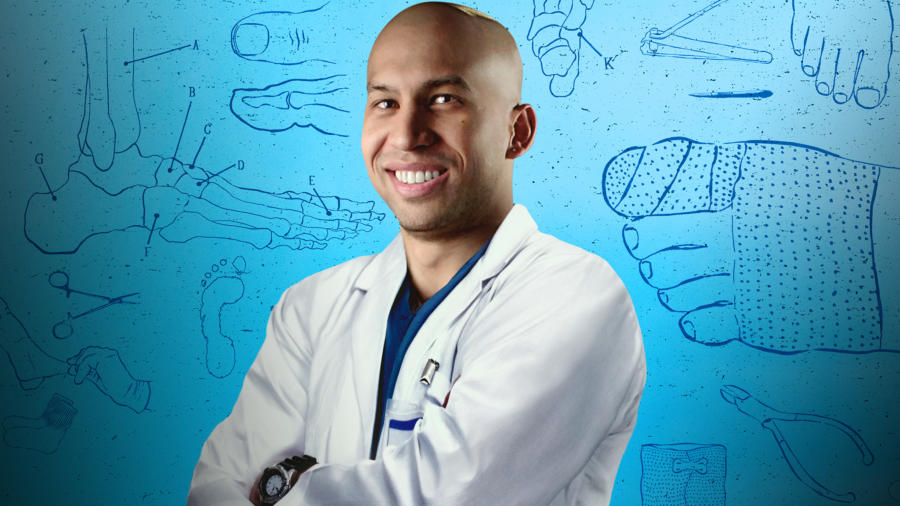 Jonathan Tomines wasn’t always the Zen-like patron saint of foot foibles. At the start of his career, he’d privately recoil at many of the sights he’d see while on the job. In an A&E interview, he recalled how jarring it was to view an infected ingrown toenail for the first time. “[It was] just overwhelming,” he said. “The moment someone takes off their sock, or shoe, you can already smell the pus.” (Actually, “You can already smell the pus” would be the perfect teaser tagline for an upcoming season of The Toe Bro.)

Although instances are rare, a few cases can still succeed in getting under Tomines’ skin, although he claims he can “put on a good poker face” and would “never” tell a patient when their affliction “smells really bad.” But yes, the work occasionally gets to him: “Sometimes a toe becomes so swollen … or the toe is just deformed,” he says. “And you’re just like, ‘What the heck am I going to do?’ But, you learn to stay calm and get through it.” Tomines isn’t one to back down. “I was basically born for this,” he boasts in The Toe Bro sneak peek. In fact, A&E promoted that sneak peak on YouTube by assuring rapt viewers that “there is nothing he won’t clip, slice, or scoop until suffering is a thing of the past.”