The other big Trump-Putin story: Nuclear treaty hangs in the balance as Russia-US tensions rise 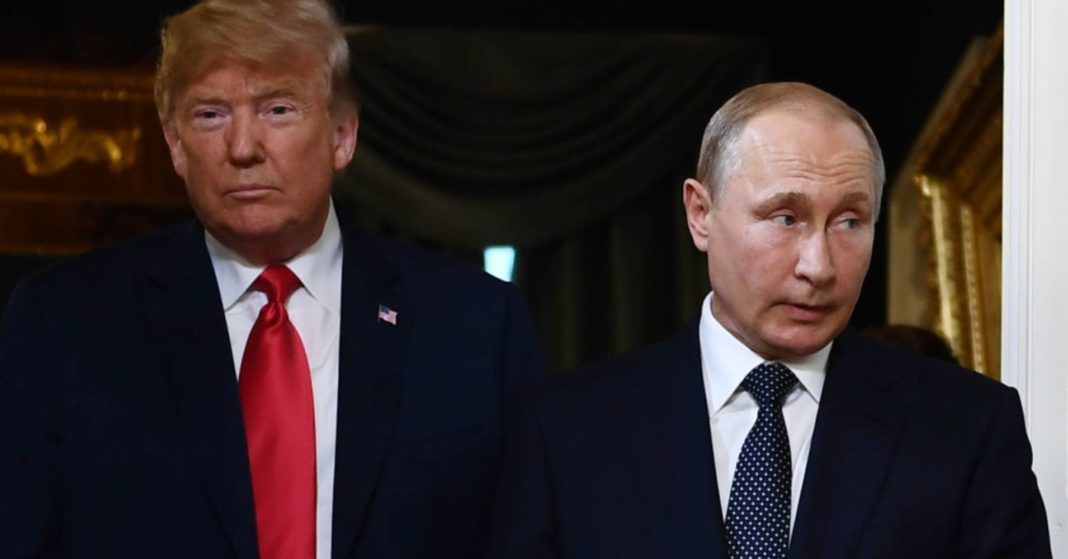 WASHINGTON — As U.S. President Donald Trump and Russian President Vladimir Putin tease on whether or not they will meet at the annual G-20 summit, a crucial nuclear weapons treaty between the world’s two greatest nuclear powers hangs in the balance.

Last month, Trump announced his decision to withdraw from the Intermediate-Range Nuclear Forces, or INF, Treaty, an agreement that eliminated an entire class of nuclear weapons from U.S. and Russian arsenals.

Russia, Trump says, has violated the arms agreement by building and fielding the banned weapons “for many years.” On behalf of the administration, national security adviser John Bolton flew to Moscow to personally deliver the decision to the Kremlin.

“It is the American position that Russia is in violation,” Bolton told reporters after a meeting with Putin. “It is Russia’s position that they are not in violation. So one has to ask, ‘How do you convince the Russians to come back into compliance with obligations they don’t think they’re violating?'”

The INF treaty, signed in 1987 between President Ronald Reagan and Soviet Union leader Mikhail Gorbachev, prohibited the development and deployment of midrange nuclear-tipped missiles. The agreement forced each country to dismantle more than 2,500 missiles with ranges of 310 to 3,420 miles from their arsenals.

In short, the treaty has kept nuclear-tipped missiles off the European continent for the last 30 years.

Gorbachev criticized Trump for threatening to withdraw from the nuclear disarmament treaty, saying the move “is not the work of a great mind.”

“Withdrawing from the INF treaty only increases the threat to allies and let’s Russia off the hook,” Thomas Karako, director of the Missile Defense Project at the Center for Strategic and International Studies, told CNBC.

“This is a colossal mistake,” Jeffrey Lewis, a nuclear-weapons analyst at the James Martin Center for Nonproliferation Studies in Monterey, California, told The Guardian. “Russia gets to violate the treaty and Trump takes the blame,” he added.

When asked, the Pentagon said Defense Secretary James Mattis is “completely aligned” with Trump’s abrupt announcement to withdraw from the treaty.

However, in October, Mattis told reporters in Brussels that any decision to withdraw from the INF treaty would be done in consultation with NATO partners since Russian missiles pose an immediate threat to allies in Europe.

“This will be a decision obviously made in concert with our allies by the president,” Mattis said at the time. “We are trying to bring them [Russia] still back into compliance. And now is the time. It’s gone on long enough.”

When asked whether Mattis coordinated with NATO counterparts in the wake of Trump’s announcement, the Pentagon directed the query to the White House, which has yet to respond to CNBC’s request for comment.