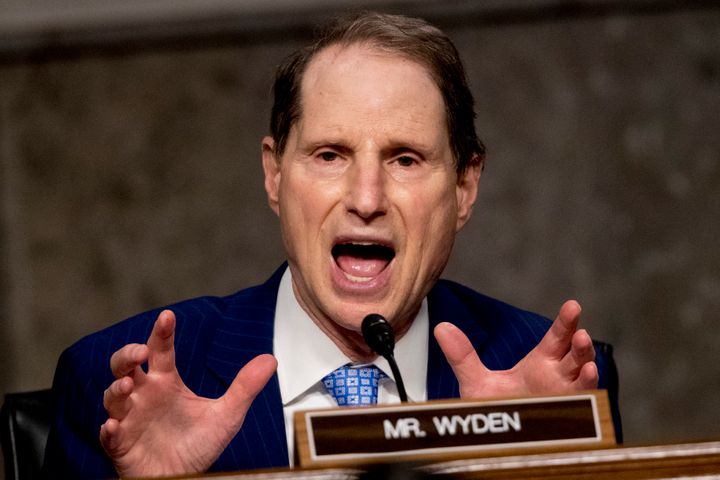 Debt collectors can take away some of the $1,400 coronavirus relief payments Congress approved last week as part of the American Rescue Plan.

“While Democrats intend to protect the third payment from private debt collectors, Senate rules did not allow us to include that protection in the American Rescue Plan,” Wyden said in a statement.

Wyden, chairman of the Senate Finance Committee, said he would introduce a standalone bill this week to block garnishment. The Senate unanimously approved a similar bill last year, but Republicans had already voted in favor of the direct payments at the time. No Republicans supported the underlying Rescue Plan last week.

“I would hope that Senate Republicans again support ensuring families receive the $1,400 they need to pay rent and buy groceries,” Wyden said.

The top Republican on the Finance Committee, Sen. Mike Crapo (R-Idaho), told HuffPost on Tuesday that he favors protecting the payments.

“I haven’t seen the detail, though, but as long as it doesn’t have all the bells and whistles that make it objectionable, I think the idea is a good idea,” Crapo said.

But it may already be too late to protect some people’s payments since the Treasury Department said it started depositing the money over the weekend. When the payments are protected, the IRS deposits the money with a unique identifier that tells banks not to comply with court orders to let a debt collector have the money.

HuffPost readers: Has a debt collector garnished your economic impact payment? Tell us about it ― email arthur@huffpost.com. Please include your phone number if you’re willing to be interviewed.

Under the special “budget reconciliation” process that Democrats used to pass their bill in the Senate with only 50 votes, the Senate parliamentarian can deem certain legislation aspects illegitimate if they don’t affect spending or taxes. So Democrats could block the federal government from garnishing payments for taxes owed because doing so increases revenue. However, it appears they couldn’t do the same with private debt collectors. (The parliamentarian’s rulings are not made public.)

Last week, a coalition of bank and consumer advocacy groups urged lawmakers in a letter to hurry up and protect the payments.

“While depository institutions and even many debt collectors and buyers believe that economic impact payments should be exempt from garnishment orders, depository institutions are obligated to comply with court orders,” the letter said. “Unless Congress immediately passes the attached language in a standalone bill, they will be forced to pay some creditors who attempt to garnish and freeze bank accounts.”

Congress omitted protections from the first round of payments in the Coronavirus Aid, Relief, and Economic Security Act last year. The Senate subsequently passed a standalone bill to protect the payments, but the House didn’t.

The second round of payments, approved in December, were exempt from a private collection.