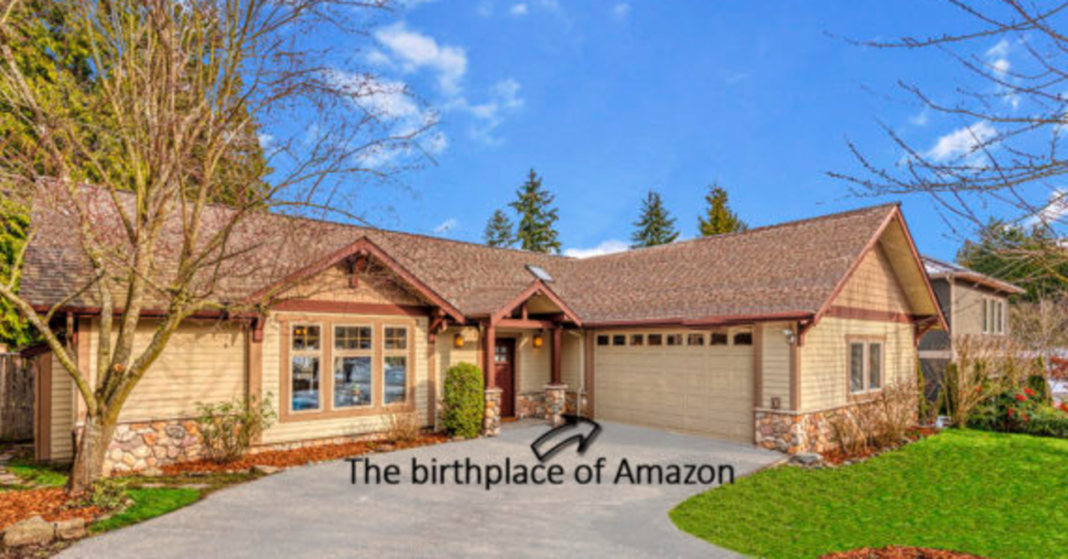 The house where Jeff Bezos founded Amazon in Bellevue, Washington is for sale. It was previously spotted by GeekWire.

It’s seems to be a relative bargain for the neighborhood and given its place in history. The house next door, although much larger, sold for $3.1 million last year. Others sold for anywhere between $1.3 million and $2.6 million.

Amazon was founded in 1994 and, 24 years later, Bezos is now the richest man in the world, with several homes in the U.S.