The federal climate platforms: What’s in them and what sets each apart 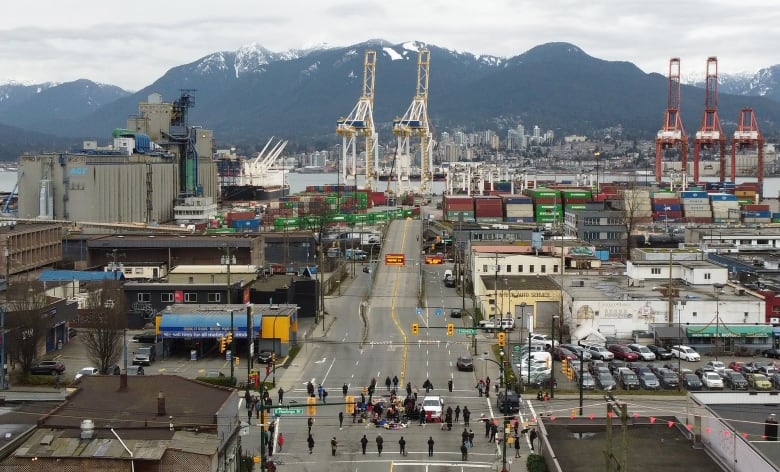 Climate change impacts such as wildfires, extreme heat and drought are already affecting Canadians in concrete ways, said Dale Beugin, vice-president of research and analysis at the Canadian Institute of Climate Choices, a non-partisan, publicly funded think-tank. But beyond that, countries worldwide are shifting away from fossil fuels and toward renewable energy to meet targets to cut greenhouse gas emissions and mitigate future damage and costs of climate change.

“How Canada competes in that growing net-zero economy or a low-carbon economy is going to be huge for how well we do in the long term,” Beugin said.

CBC examined the platforms of (in alphabetical order): the Bloc Québécois, Conservatives, Green Party, Liberals and NDP. If a party doesn’t appear in a certain section, there was insufficient information in its platform on that topic, or, in one case, no modelling analysis was publicly available. The People’s Party does not accept the science behind human-caused global warming and simply promises to cancel all climate-related policies and pull out of the Paris Agreement on climate change so it was not included in the analysis.

LISTEN | What do the major parties have to say on climate change?

What On Earth50:08Where the parties stand on climate change

Description: The major parties have made their pledges for climate action. Host Laura Lynch speaks with candidates to discuss their platforms and what it means for Canada’s plan to reduce emissions. 50:08

Here’s how the major parties’ platforms compare in terms of emissions reductions targets, the role of carbon pricing in meeting those targets, what evidence there is that the plans will work, and how the plans aim to transition Canada to a lower-carbon economy to compete in a changing world.

What are the parties’ emissions targets?

Under the 2015 Paris agreement, Canada and 195 other countries have committed to cutting greenhouse gas emissions enough to limit global warming to well below 2 C, and ideally 1.5 C compared to pre-industrial temperatures.

All the federal parties include as a central part of their plan a promise to cut emissions by a certain percentage below 2005 levels by 2030, but to varying degrees:

The political ambitions behind Canada’s new climate targets | At Issue

The At Issue panel discusses the political timing and reasoning for Canada’s new emission reduction targets. Plus, the panellists unpack Doug Ford’s pandemic apology and his political future in Ontario. 24:00

How do parties differ on carbon tax or carbon price?

The experts who spoke to CBC said the key to success on emissions reductions is to hit all sectors of the economy.

One broad measure that can do this is carbon taxes or carbon pricing. In general, a higher price drives emissions down more quickly but will cost businesses and individuals more.

All the major parties support carbon pricing in some form. Here are details for each party:

WATCH | Will the Conservatives’ take on carbon pricing will fly with their voters?

Conservatives try to sell their version of a carbon tax

For years, the Conservative Party of Canada railed against the very existence of a carbon tax. Now the party is trying to sell its own take on carbon pricing, but critics aren’t sure it will fly with Conservative voters. 1:46

How do we know parties will meet targets?

Some modelling and analysis has been done by experts to compare some of the plans using similar methodology, estimate whether the plans would achieve their varying targets and, to an extent, compare relative costs.

How do they plan to transition Canada to a low-carbon economy?

As the rest of the world shifts away from fossil fuels, experts anticipate that demand for low-carbon technologies will grow, demand for fossil fuels will decline, and Canada’s economy will need to shift its jobs and production to new industries.

That concept is sometimes called a “just transition,” and the parties’ positions on it differ.

WATCH | A climate expert says Canada needs to get out of the oil and gas business:

Damon Matthews, an expert on climate change planning, says getting out of the oil and gas business is necessary for Canada to reach its Paris accord targets. 4:39

How else do the climate platforms differ?

All the parties have a climate adaptation component in their platforms that includes disaster response and infrastructure upgrades.

They also all offer support for a cleaner grid, electric cars, green retrofits and “nature-based solutions,” such as restoring wetlands and tree planting for carbon sequestration, although they differ in the details.

Beugin said those types of commercially available and scalable solutions are safe bets and “almost certainly central to any path to net zero.”

LISTEN | Where the major parties stand on climate change

Climate change is set to be a hot topic in the federal election this fall. Guest host Anthony Germain talks to Christopher Ragan, an economist and director of the Max Bell School of Public Policy at McGill University and former chair of the EcoFiscal Commission, and Kathryn Harrison, a political science professor at the University of British Columbia who specializes in climate policy. They discuss what parties are proposing, and what their plans might mean for Canadians. 19:54

The parties differ in the extent to which they rely on regulations in addition to carbon pricing to cut emissions.

Harrison said in general, other regulations can achieve the same goals as carbon pricing if they’re enforced but are more costly for the economy than a higher carbon price.

She suggested that the Conservatives and NDP in particular rely more heavily on regulations as a substitute for higher carbon pricing.

The NDP’s plans include regulations for each sector, which need to be developed and implemented.

“What worries me about that is it’s slow,” she said.

The plans also differ in some of the less-developed technology solutions they support, which Beugin calls “wild cards,” such as carbon capture and hydrogen. Some of those could succeed and pay big dividends, but “there is a need to kind of acknowledge some of that uncertainty and to plan for multiple possible futures,” he said.

Jason MacLean, an assistant professor who studies environmental law at the University of New Brunswick, cautions that investing heavily in them can also be a distraction: “These are very risky bets because if these unproven and expensive technologies don’t pan out, then we won’t have taken the more radical actions to rethink and redesign our economy and our society.”

Nationwide rallies call for leaders to act on climate change

Rallies took place in more than 60 communities across Canada to raise the alarm on the urgent need for political leaders to take more action to combat climate change. 1:58

Here are some of the “wild cards” supported by each party: