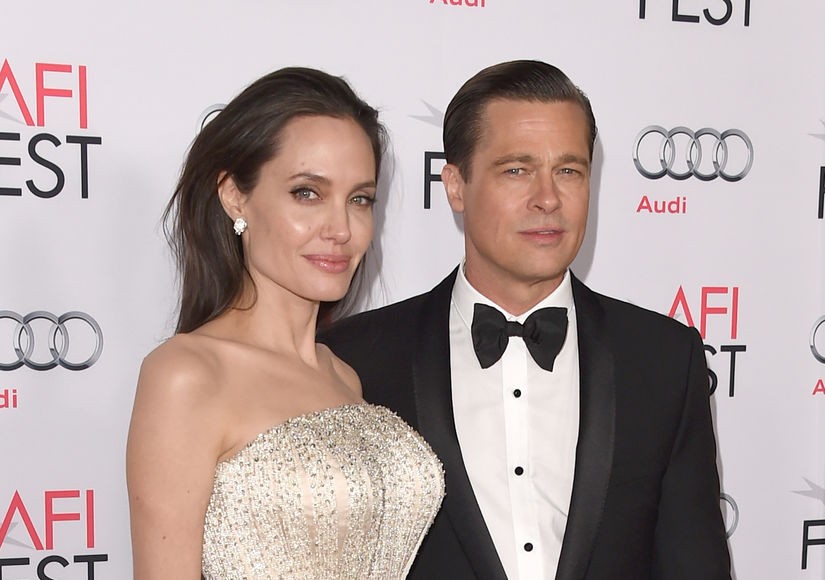 Brad Pitt and Angelina Jolie can agree on at least one thing about their 2016 breakup: “The whole family needs to heal,” a source tells E! News. “Thankfully both parents are committed to making sure that happens.” The actors, who married in 2014 at the request of their six kids, have largely stayed out of the spotlight after they decided to call it quits in September. Though Angelina spoke a bit about their split while promoting Netflix’s First They Killed My Father a few months ago, it was Brad who granted the first substantial interview in GQ‘s Summer Style issue.

In the wide-ranging interview, Brad went into detail about the demise of his second marriage—though he was careful never to vilify the actress. Did the interview surprise her? “No,” she says in Vanity Fair‘s September issue, looking unmoved (according to writer Evgenia Peretz). As for various reports that their communication has improved, the actress pauses. “We care for each other and care about our family,” she offers, “and we are both working towards the same goal.” 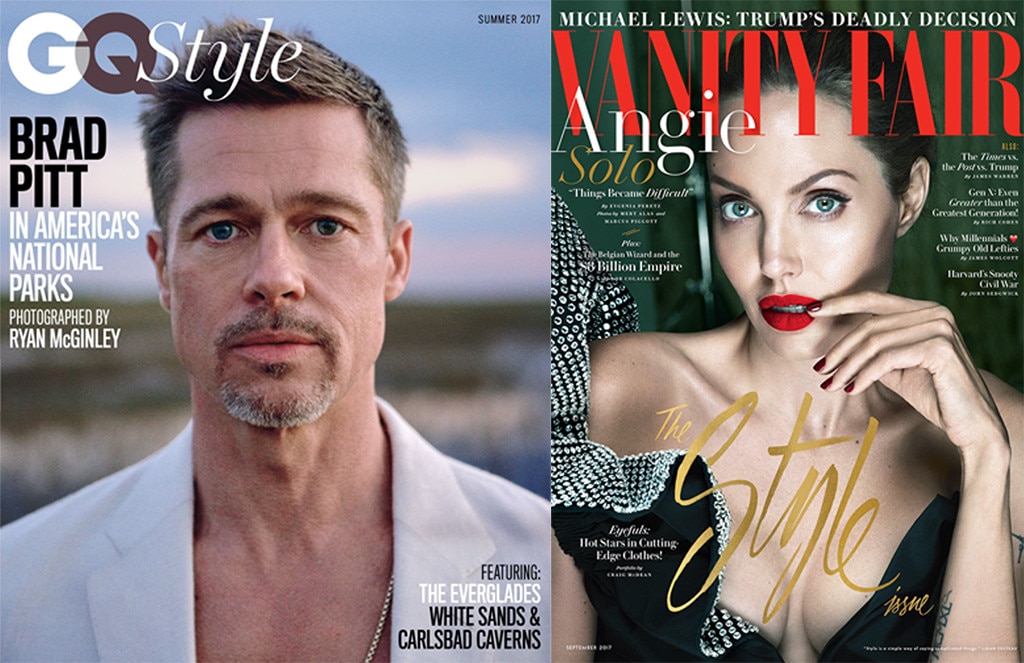 Brad hasn’t commented on the actress’ Vanity Fair profile, but the article involves their children in a way that the actor would not likely condone. “Brad has consistently refused to ever discuss anything about [the kids] publicly,” a source says. “He has not and will not ever discuss them.”

Furthermore, Brad was unaware of what would be in the article prior to its publication. (And though he was romantically linked to Kate Hudson and Sienna Miller since his split [neither of which was true], the source says he’s not currently dating anyone—”but he will at some point.”)

Brad mentioned his ex-wife’s name only once in his GQ Style interview, when he praised her latest movie, set in Cambodia. “You should see Angie’s film,” he told writer Michael Paterniti. Aside from that, he mostly spoke about how their separation had affected him. “I just started therapy. I love it,” he revealed. “I love it. I went through two therapists to get to the right one.” 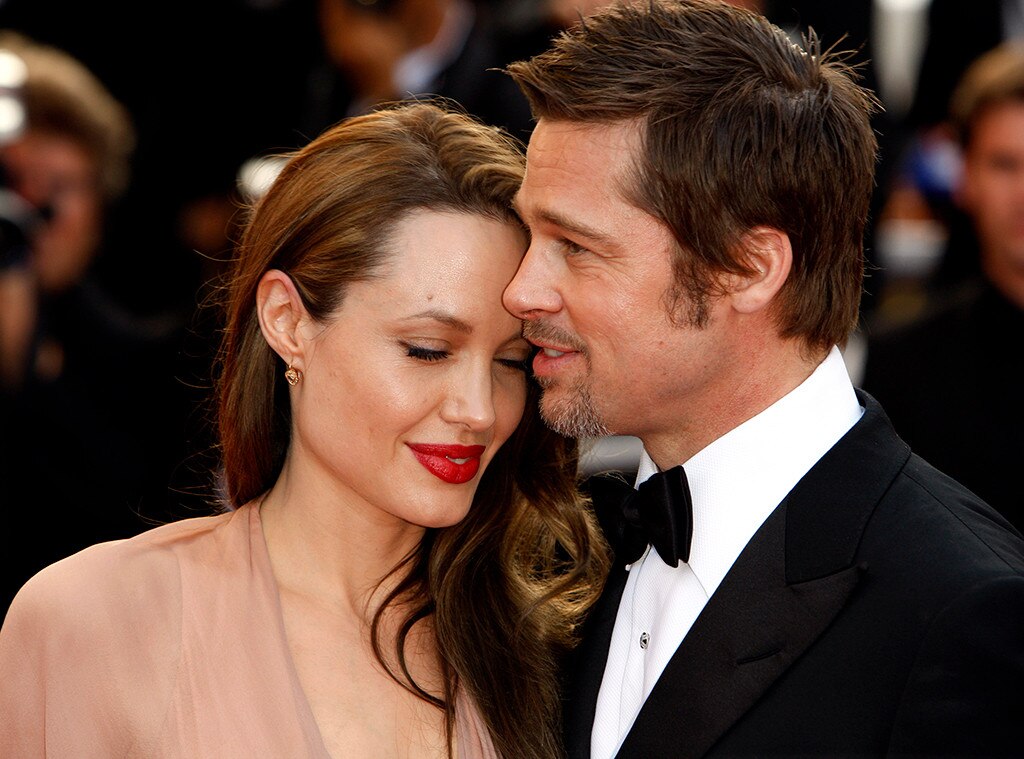 The 53-year-old actor addressed his own shortcomings, and he reiterated his shared notion with Angelina to put their “family first,” no matter what. “Kids are so delicate,” Brad explained. “They absorb everything. They need to have their hand held and things explained. They need to be listened to. When I get in that busy work mode, I’m not hearing. I want to be better at that.”

Like Brad, Angelina doesn’t want to talk about the breakup in Vanity Fair. When the kids are mentioned, she says, “They’ve been very brave. They were very brave.” Asked to clarify, she says, “In times they needed to be.” According to Evgenia, the actress’ other statements are similarly cryptic. “We’re all just healing from the events that led to the filing…They’re not healing from divorce,” Angelina says. “They’re healing from some…from life, from things in life.”

Angelina’s father, Jon Voight, was unfaithful to her mother, Marcheline Bertrand, and they split up during her childhood. Because of that experience, she says, “I do not want my children to be worried about me. I think it’s very important to cry in the shower and not in front of them. They need to know that everything’s going to be all right even when you’re not sure it is.”