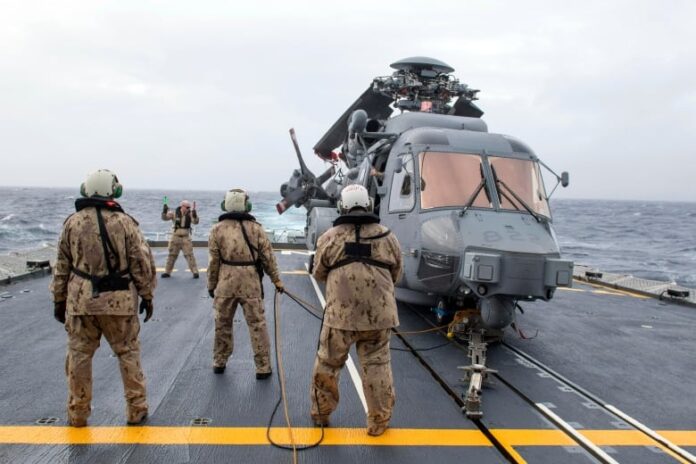 A little more than a decade ago, aviation magazines were buzzing about the inclusion of cutting-edge fly-by-wire technology on the Canadian military’s new CH-148 Cyclone.

It was portrayed as bold.

Industry experts said the digital system opened up a world of new possibilities for flight operations and the future of helicopter aviation in general.

That was because the U.S. manufacturer, Sikorsky, had — at the time — never built a helicopter which didn’t have a mechanical link between the cockpit controls and the main or tail rotors.

In the Cyclone, flight control computers do all of the work. Unique to the Cyclone was the so-called “flight director” mode, which is closely linked to the flight control system and allows maritime helicopter pilots to automate search patterns, among other things.

A host of unanswered questions

That particular piece of technology is at the centre of the military’s investigation into the crash of Stalker-22 off the coast of Greece on April 29, which claimed the lives of six members of the military.

“At this point in time, it is too early to say that there is an issue with the flight control system.” Brig.-Gen. Nancy Tremblay, director-general of the air force’s technical airworthiness authority, said at this week’s technical briefing.

The air force — and perhaps even the Liberal government — had better pray there isn’t.

A whole host of flight safety, defence and public policy issues are wound around this high-tech spoke.

Among other things, the specific nature of the software problem (or ‘bias” as flight safety investigators prefer to call it) raises a host of questions about the development of the aircraft and its flight certification.

Tremblay was adamant that the validation system caught everything.

“The flight control system certification of the Cyclone helicopter was a very rigorous process,” said Tremblay, who noted the U.S. Federal Aviation Administration, Transport Canada and the National Research Council of Canada were all involved in the evaluation of this unique system.

‘Not for the faint of heart’

One aviation expert has concerns.

“Going to a fly-by-wire system, with no mechanical links, is not for the faint of heart and needs pretty detailed knowledge about software and hardware and all of that sort of thing,” said Shawn Coyle, a former Canadian military pilot and civilian accident investigator.

There are just a few helicopters in service around the world with that kind of technology. They include the European-designed NH-90 and the Bell-Boeing V-22 Osprey.

The scarcity of fly-by-wire choppers has led to a shortage of expertise, Coyle said.

“There are very people who’ve done a certification on fly-by-wire control system on a helicopter,” he told CBC News.

“Doing something with software is not always easy,” he said, adding programmers don’t always think “of everything.”

The Canadian military has gone back and asked Sikorsky about “other potential scenarios that could lead to such a [software] bias,” said Lt.-Gen. Alain Pelletier, commander of the 1st Canadian Air Division, who ordered the Cyclones back to the air this week with better crew training and some flight restrictions.

Echoes of the Boeing 737

The crash is being described by the air force as something “completely unforeseen.”

But it bears a passing resemblance to the tragic Boeing 737 SuperMax crashes. In one instance, the Maneuvering Characteristics Augmentation System (MCAS) flight control computer aboard the 737 threw the plane into a dive every time the pilots tried to pull up.

The circumstances of the Cyclone crash are similar to the case of the 737 — but different in that the software fault with the Cyclone apparently built up over time, and flying in flight director (or semi-autonomous) mode was not recommended whenever the helicopter was required to do short, snappy manoeuvres.

As Stalker-22 approached HMCS Fredericton — with the computer doing most of the flying — the pilot keyed a series of inputs into the flight computer. The computer did not respond to the commands, sending the aircraft straight into the ocean.

“Now that we have understood what has happened, the flight safety investigation will focus on the why,” said Col. John Alexander, the air force’s lead investigator.

Was the military ready to deploy the Cyclone?

Understanding the “why” could lead investigators toward some uncomfortable conclusions for the air force — which waited a dozen years while the Cyclone was developed.

If software development isn’t to blame, and if no further “biases” are identified, then the public’s attention may turn to the question of how prepared the military was to bring the helicopter into service after the Conservative government, in 2015, ordered the military to begin retiring the old CH-124 Sea Kings.

They might also ask how well the pilots understood the nuances of the aircraft.

Coyle can sympathize. When he worked at Transport Canada and was in the process of checking out the Bell 407 helicopter — which had only a single computer, not three, as the Cyclone does — he was approached by a European pilot who offered his condolences.

“He told us, ‘It’s not easy and you will make mistakes,'” Coyle said.