The Bachelorette Week 5: Snakes, Lies, and the Most Awkward Date in History 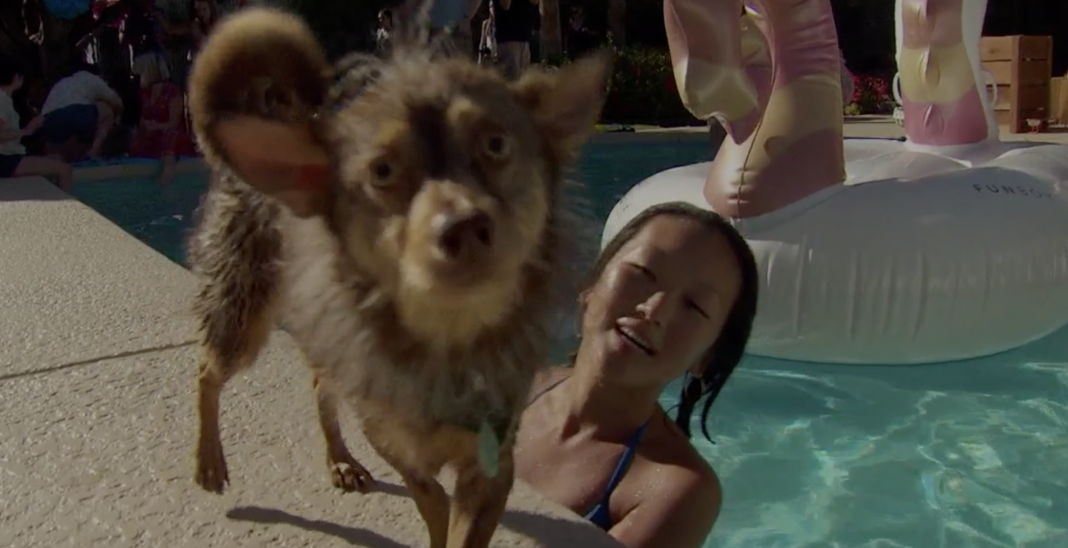 Welcome one, welcome all to the most dreaded Bachelorette night of this season.

Normally, the two-on-one is the most anticipated night since watching two contestants face off is usually hilarious and occasionally ends with the villain being left alone on a windy beach, but the show’s current villain is not a guy who’s fun to watch. He’s a smirky jerk whose best defense to everything is that he doesn’t understand the other person’s point of view, especially when the other person isn’t a southern white wannabe gentleman with wannabe Jimmy Neutron hair.

Kenny tried to calmly and carefully defend himself against all of Lee’s smirks, and Will tried to explain the history of black men being referred to as “aggressive,” but Lee just dismissed it all due to the fact that he doesn’t understand “the race card.”

Lee just shouldn’t have ever been here in the first place, but we’re going to have to wait to see him go, because, of course, we got To Be Continued.

But first, there’s some other stuff to deal with.

First, we found a guy with whom Rachel has zero chemistry whatsoever.

First, Rachel and Jack Stone took a carriage ride past some old houses, which Jack Stone declared were “clearly haunted,” simply because “this is where I think that kind of stuff happens.”

Rachel did not agree.

We would have been satisfied if that carriage ride took him straight home, but they had to go shuck some oysters and take some dance classes first. Jack Stone cannot dance. Jack Stone likes jokes, but Jack Stone might not be able to take a joke. Jack Stone likes to ask rhetorical questions like, “How do you really get to know each other without having that quality time together?” and “What better way to get more comfortable with each other than to learn a new dance?”

Jack Stone was feeling great, couldn’t take his eyes off of Rachel, couldn’t stop thinking of kissing her. Rachel, meanwhile, was wondering why they seemed perfect on paper, but in person, something was missing.

If you ask us, that something was any hint of romantic spark along with any hint of life behind Jack Stone’s stony stare, and Rachel saw it too. Jack Stone grinned. Rachel plastered on a smile or two.

Jack Stone wanted to know about Rachel’s dad’s joking habits, and when Rachel asked the first thing he’d do with her on a date in the real world, he said, “I’d lock the door.”

Luckily, there were cameras everywhere so we didn’t feel that Rachel was in immediate danger of being murdered, even as she proceeded to not give Jack Stone the rose and send him home. With that, Jack Stone’s grin died forever.

After Jack Stone’s demise, it was rose ceremony time. Rachel had no time for cocktail parties, because she knew she wanted to get rid of Iggy and Tickle Monster immediately. Poor Tickle Monster, who still creeps us out, hoped he could still find a girl that appreciates a good set of tickling hands, and Iggy at least realized he should not have spent all his time with Rachel talking about other guys, which is true.

At this point, we assume the producers made her keep Lee just to give Chris Harrison some extra drama to tease, because he does sound like he’s having some morbid fun with those two-on-one teaser voiceovers.

After the rose ceremony, the whole gang headed to Norway. Rachel wasted no time in taking Bryan out on a one-on-one, and it was a hell of a date. Like night and day compared to that cringefest with Jack Stone.

They went rappelling off of a building, but it was their dinner conversation that once again proved that it can be so refreshing to watch two employed adults in their 30s relate to each other. They shared their insecurities and how far they’ve come over the years in terms of growing up. It was beautiful.

Up next, a group date played a sport. It was a Norwegian sport called handball, and they all wore very tight outfits while playing it. Peter didn’t care about the game and just cared about Rachel, which was the right call, because Peter was the only guy we paid attention to.

At the post-sports cocktail party, Will really brought his A-game while Josiah got creepy as hell. He just went on and on about how Rachel’s beauty radiates from her core and she’s the woman of his dreams, and Rachel seemed correct when she assessed that he’s more into the idea of her than the person she actually is.

Rachel and Peter then took their party to the hot tub for make outs before rejoining the rest of the date. Peter completely expected that group date rose, so when Rachel deservedly gave it to Will, Peter’s heart visibly sank. But while we were already Team Peter, we’re also starting to really like Team Will.

Finally, we arrived at the two-on-one, which Lee prepared for by lifting weights, reading books, and writing toasts(?). As usual, it looked like a Pinterest-inspired room taken out of the house and out into the wilderness, and Rachel was in a full parka while Lee just wore a sweatshirt, like an idiot.

Rachel asked to talk to Kenny first, and Kenny did his best to kindly tell Rachel how rude Lee is. Then, Lee completely made s–t up, as far as we know. Unless this show did some seriously egregious editing, Lee invented some incident where Kenny violently dragged him out of a van.

Of course Kenny denied having done this thing he definitely didn’t do, but Rachel didn’t know what to do or who to believe, and so we left Kenny maniacally laughing on his way back to Lee and the fuzzy pillows.

Tune back in tomorrow night to find out if the rest of this season will even be watchable!

The Bachelorette will continue tomorrow night at 8 p.m. on ABC.