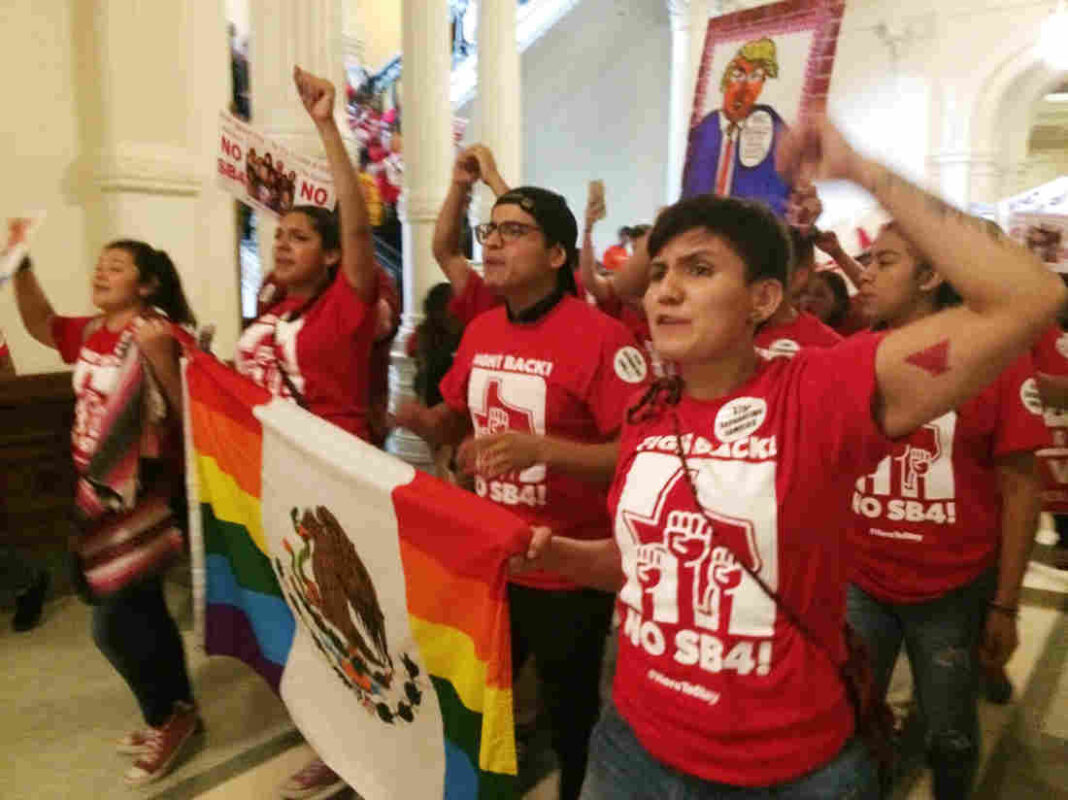 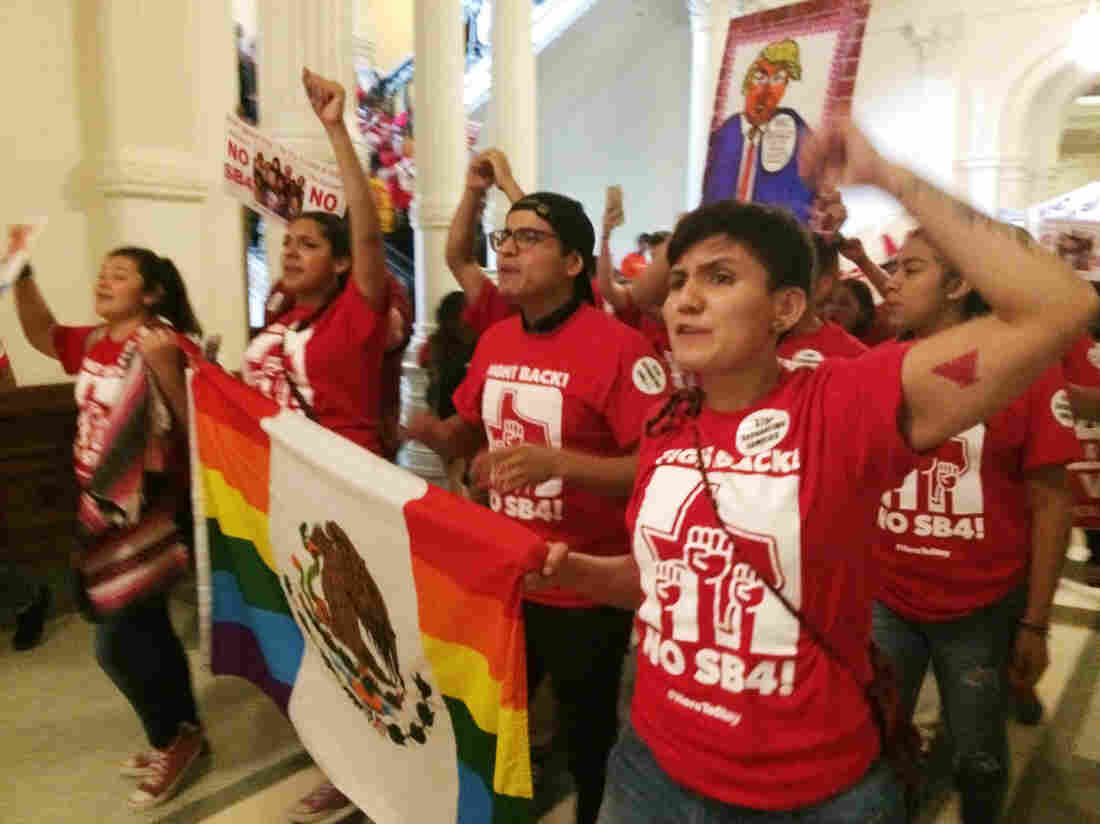 Demonstrators march in the Texas Capitol in Austin on Monday, protesting the state’s newly passed anti-sanctuary cities bill, which empowers police to inquire about people’s immigration status during routine interactions such as traffic stops

By the end of the state legislative session in Texas on Monday, the Capitol had devolved into scuffles and grave accusations. A Democratic lawmaker had accused his GOP colleague of threatening to “put a bullet” in another lawmaker’s head. That GOP state representative, meanwhile, accused a counterpart of threatening his life, saying he was prepared to use his gun in self-defense.

To understand how the day ended this way, one must first rewind to its start.

Earlier Monday, demonstrators gathered in the Capitol to protest a recently signed law aimed at what have come to be known as “sanctuary cities” — or cities that, as NPR’s Nina Totenberg put it, “have limited their cooperation with federal immigration authorities.” Earlier this month Gov. Greg Abbott signed the law, which also allows “police to inquire about the immigration status of anyone they detain, a situation that can range from arrest for a crime to being stopped for a traffic violation,” according to The Associated Press.

Protesters from around the state descended on the Legislature, first watching Monday’s session in silence then gradually growing louder. The demonstrators, many of whom were Latino and dressed in red, shouted slogans from the second-floor viewing area, eventually interrupting the proceedings below.

It’s about this time that decorum on the floor began to break down and later descriptions of the incident begin to diverge.

GOP state Rep. Matt Rinaldi says he called Immigration and Customs Enforcement on the protesters, several of whom carried signs proclaiming “I am illegal and here to stay.”

Later, he told the Texas Tribune he did it “to incentivize them to leave the House.” He added: “They were disrupting. They were breaking the law.”

After he placed the call, he says he simply told his Democratic colleagues he did so.

Those Democratic colleagues, however, remember that conversation very differently.

“He came up to us and said, ‘I’m glad I just called ICE to have all these people deported,'” state Rep. César Blanco said at a news conference after the incident, according to the Tribune. State Rep. Ramon Romero recalls blunter language: “He said, ‘I called ICE — f*** them.’ “

At this point, Rinaldi says that Romero “physically assaulted” him, and that another Democratic lawmaker, Poncho Nevarez, threatened to “get” Rinaldi on his way to his car.

“I made it clear,” Rinaldi said in a statement posted on Twitter, “that if he attempted to, in his words, ‘get me,’ I would shoot him in self defense.”

In the midst of the scuffle, which was recorded on video by several bystanders, Democratic Rep. Justin Rodriguez says he heard Rinaldi say something rather different to his colleague: “I’ll put a bullet in his head.”

And Nevarez made quite clear on Twitter what he thinks of Rinaldi’s account of the scrum: “He’s a liar and a hateful man.”