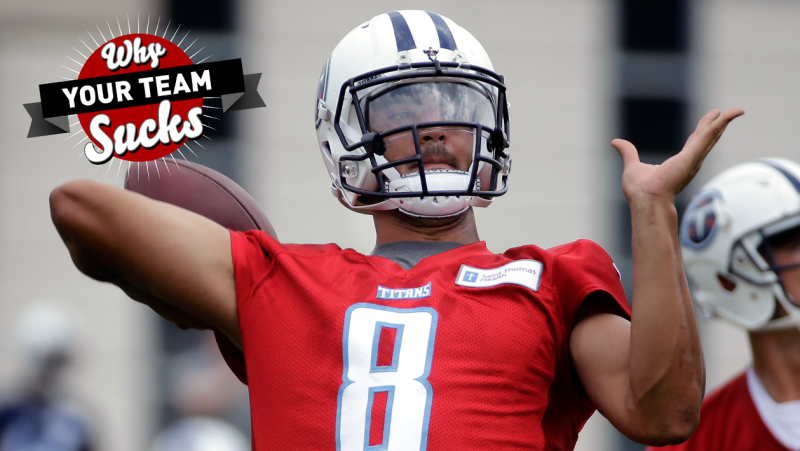 DeMarco Murray #29 of the Tennessee Titans rushes the ball during a game against the Oakland Raiders.

One of the owners of the Tennessee Titans is selling her one-third stake in the National Football League franchise.

Susie Adams Smith is selling her shares of the team’s parent company, Houston-based KSA Industries, which includes a one-third stake in the Titans and a range of businesses outside sports, including oil and gas and real estate. Any buyer would also be investing in those businesses, which include walnut farms, water rights in California, Texas real estate, a Houston-area auto dealership and Adams Resources & Energy Inc.

Her stake in the team is worth about $660 million based on its 2016 valuation of $2 billion, according to Forbes Magazine. It ranked the team 24th most-valuable in the 32-team league.

Smith’s sister, Amy Adams Strunk, also owns one-third of the Titans and, according to the team, serves as controlling owner. The final third is owned by other descendants of Bud Adams, who died in 2013.

“Amy Strunk before, after and during the sale will remain in full and complete control of Titans operations,” said Steve Underwood, the team’s chief executive officer. “Literally nothing will change about our day-to-day operations.”

Underwood declined to comment on specifics of the sale.

The Titans and NFL have been at odds over whether the ownership structure complies with league rules because there is no single majority partner. The team has said it’s in compliance with league rules.

The sale doesn’t include a path to control of the franchise, said people familiar with the process, who asked to remain anonymous because the sale is private.

Dave Dase, a partner at Goldman Sachs Group Inc., is overseeing the sale process, one of the people said. Dase didn’t immediately respond to an email seeking comment on the Titans.

The Titans, formerly the Oilers, relocated to Tennessee from Houston in 1997.