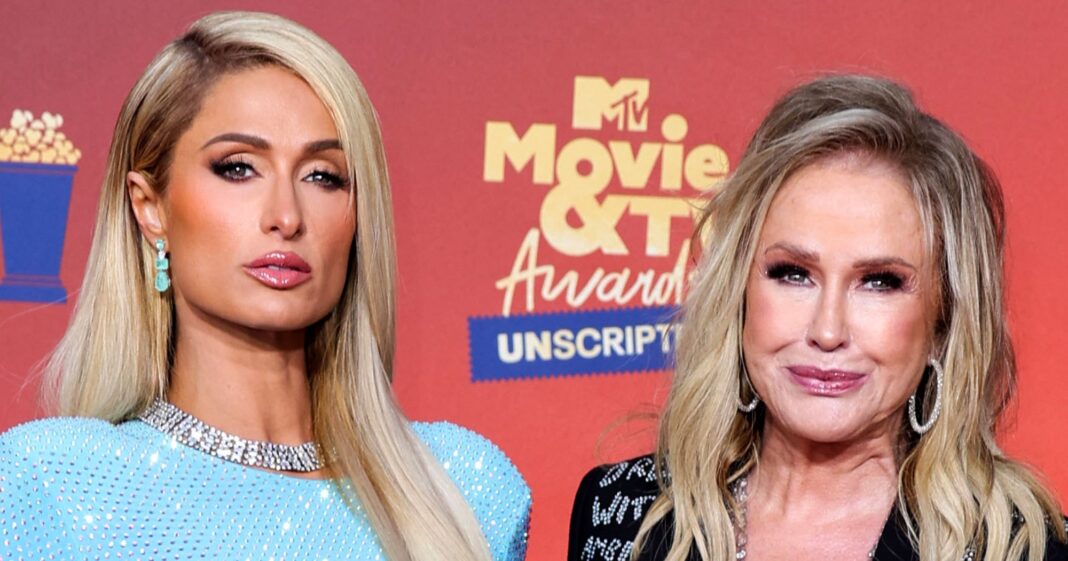 Ride-or-die daughter! Paris Hilton showed her support for her mom, Kathy Hilton, after her Real Housewives of Beverly Hills costars dismissed her on this week’s episode.

“So unkind,” the Cooking With Paris alum, 41, tweeted on Thursday, September 8, in response to a fan who had written: “[Kathy] was so cute, all excited to show the ladies the tequila … and then Kyle [Richards] just scoffs at her/ none of them even acted slightly interested. It was so sad to watch.”

During the Wednesday, September 7, episode of RHOBH, Kathy, 63, tried to get her costars interested in trying tequila from Casa Del Sol, which she’d invested in. (The liquor brand was cofounded by Eva Longoria.)

“I know you girls like tequila,” Kathy told the group. “I would like to get everybody’s opinion. I thought we do a little bottom’s up.” Before she could convince the ladies to try the spirit, however, her sister Kyle, 53, loudly scoffed, causing several of their castmates to burst out laughing.

“Last time I was on the tequila, I cussed out Garcelle [Beauvais’] son,” said Erika Jayne. “I don’t think it’s a good thing for me.”

While the moment was presented as comical, RHOBH fans were quick to slam the other Housewives for mocking Kathy. “I can’t believe Kathy was laughed at and mocked for introducing a tequila line. This cast is evil and ugly #RHOBH,” read one tweet that Paris “liked” after the episode.

The New York City native also “liked” a post pointing out the fact that RHOBH cast members have repeatedly promoted their personal businesses and investments on the show. “Everyone promotes their new business or new clothing line, etc,” read the tweet. “It’s their time to do so and everyone is supportive. Kathy has that opportunity and that … Kathy deserved respect.”

Another post “liked” by Paris called for the firing of Kyle as well as Lisa Rinna and the Pretty Mess author, 51. “The only intelligent housewives of #RHOBH who have morals and see through @erikajayne illegal, unethical, narcissist failure to rtn victims 💰 and then covering up w lies. Only @SuttonBStracke @GarcelleB @KathyHilton should return to @BravoTV #RHOBH @Andy Fire Kyle, Erika, Rinna.”

Denise Richards, who left RHOBH in 2020 after season 10, also weighed in a reply to Paris’ “so unkind” tweet. “I felt bad for her you could see her feelings were genuinely hurt & the preview with rinna going out of her way to take a dig,” the Wild Things star, 51, wrote.

The teaser for next week’s episode hinted that the tequila situation isn’t yet over, with a clip indicating that the moment led to a larger fight between Kathy, her sister, and the former soap star, 59. In one heated moment, Kathy appears to storm out after Lisa orders a glass of Kendall Jenner‘s 818 Tequila instead of Casa Del Sol.

The Real Housewives of Beverly Hills airs on Bravo Wednesdays at 8 p.m. ET.