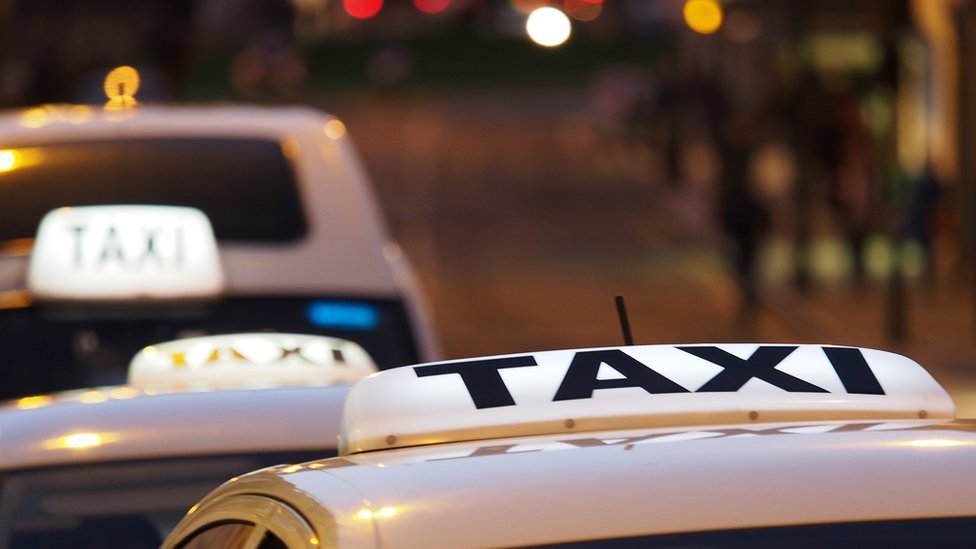 Taxi and private hire drivers could have to pass enhanced criminal record checks before being granted a licence.

Under the scheme, every council in England would be told to carry out checks on all applicants.

Current guidelines allow councils to set their own driver standards, including whether to make the checks.

The plans also include introducing a national minimum standard and a database to stop applicants applying to councils after being refused elsewhere.

Currently, councils in England and Wales are “encouraged” to check criminal records and take a “strong stance” on offences such as sexual assault or rape. They are told “each case must be considered on its own merits”.

The new proposals go further, saying the enhanced criminal checks “should” be carried out.

The Department for Transport is also considering whether cabs and private hire vehicles should have to be fitted with CCTV.

The cameras would be fitted with an encrypted system so footage could only be accessed if a crime was reported.

The Department for Transport is also considering stopping taxi drivers from operating hundreds of miles away from where they are licensed.

In Scotland, private hire vehicles can already only pick up fares within the local authority area which gave them their taxi-operating licence.

The proposed guidelines would therefore apply only to England, but they are also expected to be applied in Wales until the devolved Welsh Government sets its own statutory guidelines.

Taxis minister Nusrat Ghani said: “While the vast majority of drivers are safe and act responsibly, we have seen too many cases where taxi and minicab drivers have used their job to prey on vulnerable people, women and children.

“These rules would make sure that drivers are fit to carry passengers, keeping people safe while stopping those with bad intentions from getting behind the wheel of a taxi or minicab.”

Saskia Garner, of the anti-violence charity the Suzy Lamplugh Trust, told Radio 5 Live she was “encouraged” by plans to update safety checks guidelines but said new laws – not just guidelines – were needed to protect passengers.

Reality Check: What checks are in place for taxi drivers?

In 2017, according to the Department of Transport, 85% of local authorities in England required potential taxi or private-hire drivers to undergo a Disclosure and Barring Service (DBS) check for a criminal record as well as a check on whether they were on lists prohibiting them from working with children or vulnerable adults.

The remaining 15% of local authorities required a criminal record check, but not a check on whether they were able to work with vulnerable people.

Just 4% of authorities required CCTV cameras to be fitted in cabs.

The proposals follow the case of “black cab rapist” John Worboys, who police believe may have carried out more than 100 rapes and sexual assaults on women he picked up in his cab in London between 2002 and 2008.

He was jailed in 2009 for 19 offences including rape, sexual assault and drugging his victims and his case made headlines after the High Court overturned the decision of the Parole Board to release him after 10 years of his sentence.

Last year it emerged that taxi licences were being issued during private hearings to drivers convicted of crimes including child sex offences and reckless driving.

The consultation will run until 22 April.