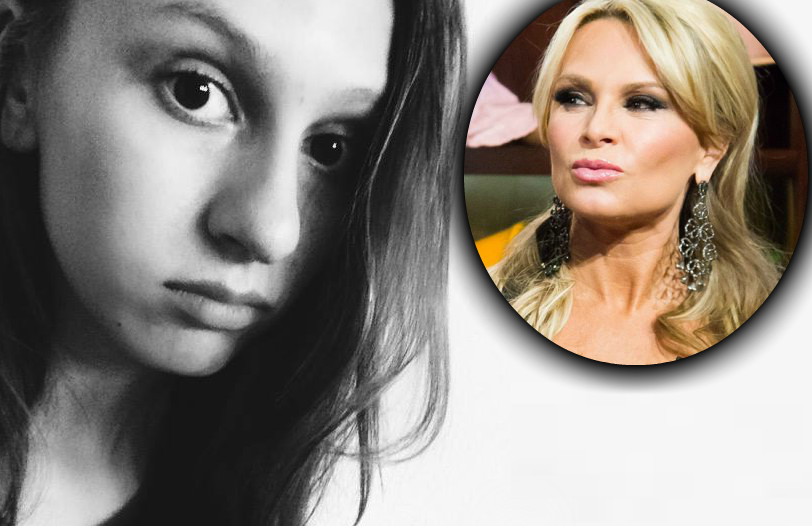 Tamra Judge has hit a severe road bump in an ongoing attempt to make amends with her daughter.

Sidney Barney, 18, slammed the Real Housewives of Orange County star in a lengthy Facebook message shared Monday evening, accusing Tamra of neglecting her three youngest children and inflicting mental and emotional abuse on them throughout her divorce from their father, Simon Barney.

She also claimed Tamra went against her promise to refrain from publicly sharing photos from her recent college graduation, which Sidney described as another example of Judge “[putting] herself, her fame, her reputation, and her bank account before me.”

Barney wrote, “I want to start by clearing some things up as my mother continues to talk about me despite me requesting her to stop speaking of me publically as I don’t want to be associated with her or the show. For starters, I did not move out when my parents got a divorce nor did I chose my father’s side in the divorce. My parents separated in 2010, I moved out of my mother’s house in 2013. Me leaving has nothing to do with the divorce, it has to do with the living conditions at my mother’s house and the way she treated me and still treats me today.”

“In regards to choosing sides,” she continued, “I actually chose my mother’s side when my parents separated. This was due to the fact that my mother, the true parent alienator, would constantly talk negatively about my father in front of me and my siblings, putting us kids in the middle of my parents’ arguments.”

“She even called us Simon or ‘mini Simon’ when we did something bad or told us that we were ‘acting like your father.’ This parent alienation caused me to resent my father and take her side. However as I got older I realized what she was doing along with other things that were toxic.”

The teen then went on to describe why she ultimately left her mother’s home to live with Simon on a full-time basis.

Barney explained, “The reasons I left my mother’s house are that she was neglectful (leaving us at home with no food or simply ignoring us entirely), she constantly put herself first and the biggest reason was that she was mentally and emotionally abusive. She was no mother to me.”

She said her mother is well aware of her feelings, continuing, “I have explained this to her numerous times in court, in therapy, and when we would meet up that the ONLY reason I am not living with her is because she continues to do the things that pushed me out of her house, like talking about me on the show/press/social media, doing embarrassing things on the show, lying to me and putting herself first to name a few.”

Sidney then described the drama leading up to her June graduation ceremony and shared screenshots of messages from the Cut Fitness owner agreeing to certain stipulations.

“My father has pushed me to have a relationship with my mother forcing me to go meet her in and out of therapy,” she wrote. “He even forced me to let her come to my graduation because it was a milestone. When I told my mother that she could come I gave her a few conditions. All I asked was that she remains cordial with my father and my stepmom and to not post anything about my graduation, anywhere.”

“Not even two weeks after I graduated she posted a photo of me and shared it with her one million followers knowing that it would get picked up by the press. The one thing I asked and have been asking for 4 years now has been to not talk about me because I don’t want to be in the spotlight. But Again breaking her promises as per usual, she puts herself, her fame, her reputation, and her bank account before me. If she really wanted a relationship she would keep her promises and recognize that it is no one else’s fault but hers that I do not want her in my life.”

Through taking to social media, Barney said she wants to “set the record straight in hopes that it will straighten my mom out so that she is held accountable and is forced to do the right thing.”

“My mom has been portraying the innocent erased mother whose daughter was estranged from her due to divorce and an evil ex husband when in actuality she is the sole reason why I do not want her in my life and will not have a relationship with her. Instead of playing the innocent erased mother character, she could’ve been trying to actually fix our relationship and change her ways. However the character keeps her relevant, and is her only storyline. Why would she actually try to get me back? Without the estrangements she is no longer pitied and talked about and her fame and fortune go down the tubes.”

Tamra responded in the comment section of her Facebook post, writing, “All I’ve ever done is love you from the second I found I was pregnant. I’m sorry you hate me so much. I fought so hard for you. I will always love and hope you realize one day how wrong all this is. So hurtful and not necessary.”

Former co-star Gretchen Rossi also chimed in with supportive words for Sidney, writing, “You have no idea how your brave words are helping so many who have been wronged by your Mother’s manipulation and lies as well….so thank you for being brave enough to speak the truth. I am so sorry your mother and your family is going through any of this, especially publicly, but continue to stay strong. Your morals and strength are commendable and inspiring.”

Prior to this, Judge responded to one of her Twitter followers alerting the reality star to Sidney’s rant: “Not surprised. #brainwashed Ask her paid for her very expensive college. I’m good when it works for her and her dad.”

The Real Housewives of Orange County airs Mondays on Bravo.