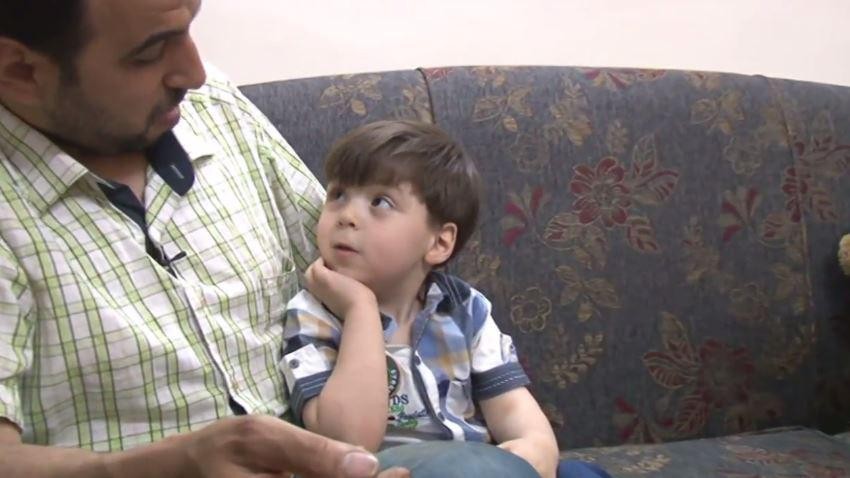 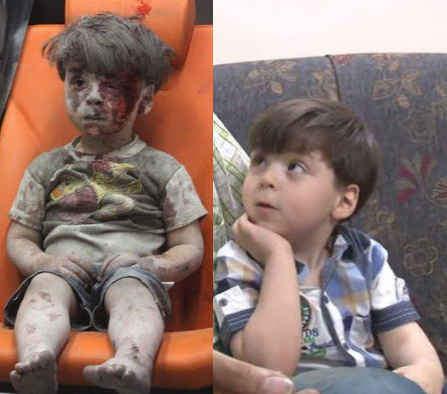 The Syrian boy whose picture tore at people’s heartstrings last year after it went viral has been captured in a recent photo and he seems to be in a much better place now. Omran Daqneesh was just five years old when he was pulled out of a rubble after his house was bombed in Aleppo last year. 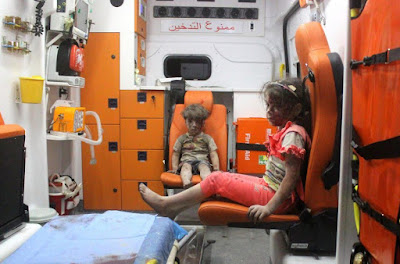 A photo of him in an ambulance covered in dust and blood caused worldwide outrage and made people away of the sad reality in Syria.

Omran, who became a symbol of the horrors of the Syrian civil war, has appeared publicly for the first time during a TV interview. Footage shows him sitting on his dad’s lap with his sister beside him looking healthy and happy. Omran’s family were interviewed at their home in Aleppo, which is now under control of forces loyal to Syrian President Bashar al-Assad. 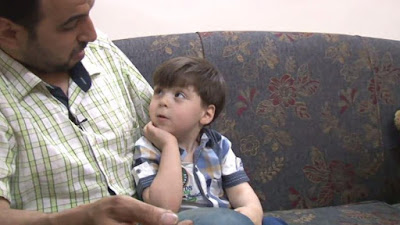 During the interview, Omran’s dad recalled how he did not hear a plane above his house before the air strikes and rejected offers to leave Syria. 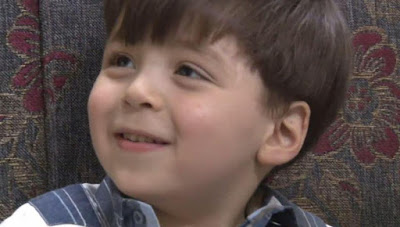 He revealed he has changed his son’s name to protect him from those who threatened to kidnap him. He went on to accuse rebels of intimidating him. 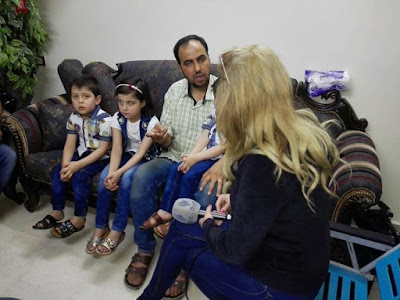 In the past, the Daqneesh family refused to speak to the media for fear of being targeted after their son’s photo went viral. It is unclear if they were coerced to grant this recent interview which was conducted for a Lebanese TV station that supports Assad’s regime.
Share
Facebook
Twitter
WhatsApp
Pinterest
Linkedin
ReddIt
Email
Print
Tumblr
Telegram
Mix
VK
Digg
LINE
Viber
Naver
Previous articleExclusive photos: Yomi Fabiyi, Fathia Balogun, others at Moji Olaiya’s memorial tribute
Next articleCynthia Morgan insists Dammy Krane’s Arrest is God’s Way of correcting Him