Sushma Swaraj on China standoff in RS: War not a solution, wisdom is to resolve issues diplomatically 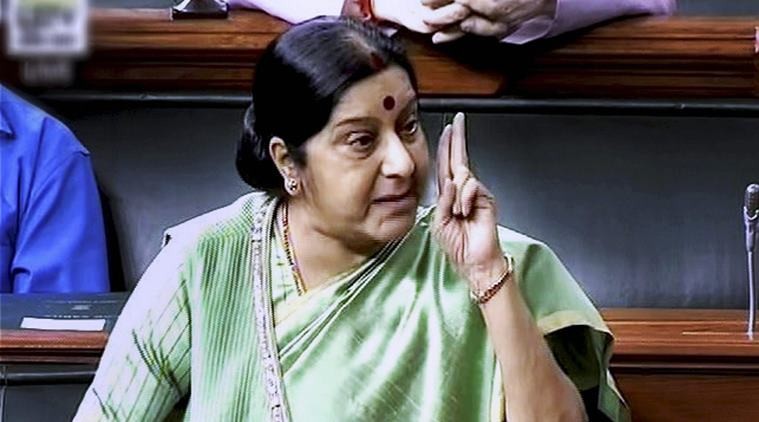 Reiterating government’s stand that terror and talks cannot go together, External Affairs minister Sushma Swaraj on Thursday said that Pakistan’s stand has changed in recent times. Replying to opposition’s questions on government’s foriegn policies in Rajya Sabha, Swaraj said it is the first time after Pathankot terror attack that ‘Pakistan has not gone on a denial mode’. She added that the Indian government has given a roadmap for peace and friendship to Pakistan but “one-sided roadmap can’t function and terror and talks cannot go together.

She also rejected any possibility of war with Pakistan or China saying, “war cannot be a solution to any problem. Even after war we need to talk to find a solution.”