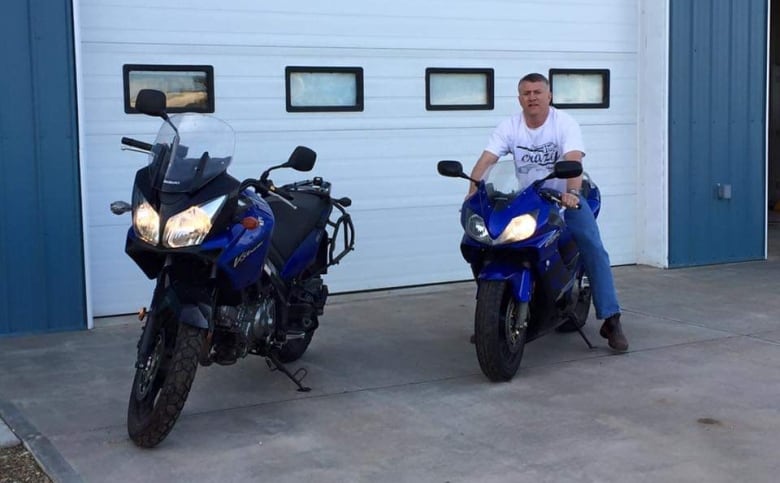 A white, South African-born surgeon who tied and taped a noose to an operating room door in 2016 to allegedly target a Black, Nigerian-born surgical assistant has been suspended from practising for four months.

An all-white disciplinary tribunal of the College of Physicians and Surgeons of Alberta (CPSA) issued the four month-suspension to Dr. Wynand Wessels on Monday, ordering him to pay 75 per cent of the costs of the investigation and two hearings.

The college had asked for a one-year suspension. A lawyer for the college’s complaints director had called the noose a “deadly threat” and an attempt to intimidate.

“CPSA had asked for a longer suspension, but we must respect the independence of the hearing tribunal,” said Dr. Scott McLeod, the college’s registrar.

“It is important not to lose sight of the fact that Dr. Wessels has been found guilty of unprofessional conduct, and a suspension demonstrates this behaviour is not appropriate or acceptable.”

On Monday afternoon, Grande Prairie RCMP told CBC News it had concluded a hate crimes investigation into the incident and determined no charges would be laid because there was “no reasonable likelihood of conviction.”

The RCMP said the decision was made after consulting with the Alberta Crown Prosecution Service.

The president of the Black Physicians’ Association of Alberta, Dr. Kannin Osei-Tutu, called the tribunal’s sanction “an affront to Black physicians.

Osei-Tutu said four months is “minimal,” given the seriousness of Wessels’ offence and how it affected others.

“I think that tribunal needs to look at itself and say, ‘What have we done here?'” he said. “Because it is not just the message they are sending to people in Alberta. The entire country is looking at this and will pass judgment on this decision.”

In July 2020, CBC News first revealed Wessels tied a noose and then taped it to the door of an operating room at the Queen Elizabeth II Hospital in Grande Prairie, Alta., a city 450 kilometres north of Edmonton.

The incident was reported to hospital administration minutes after it happened. Over the next four years, at least three doctors reported it to the hospital’s administration, Alberta Health Services, the college and then-health minister Tyler Shandro.

Wessels was never suspended and faced no discipline. The college subsequently admitted it had failed to investigate the incident in a timely manner.

Alberta Health Services (AHS), which manages the province’s health-care system, said it believed the matter had been dealt with.

The college announced a hearing for Wessels shortly after CBC News revealed the noose incident.

In January 2021, a CPSA hearing panel found Wessels guilty of misconduct. The panel called no witnesses, including Onwuanyi.

But the panel ruled there was insufficient evidence to conclude Wessels was motivated by racism or intended to create a racist symbol. An independent consultant hired by Alberta Health echoed that finding.

On Monday, McLeod said “whether Dr. Wessels’s intent was racist or not, CPSA believes the evidence presented demonstrated his actions were perceived by colleagues as racially motivated and left a negative impact on many Albertans and the profession.”

McLeod said the college wants Albertans and physicians to know that it takes allegations of racism seriously and he promised it would improve how it handles such cases in the future.

Wessels had claimed the noose was actually a lasso that was part of an inside joke with a nurse, and said that he did not know the violent and racist meaning behind a noose.

But in its ruling, the tribunal said the noose was meant as a warning to others.

“[Wessels] also could not have been unaware that a noose is symbolic of violence and would be perceived as a threat by anyone seeing it,” it wrote.

At the college’s sanction hearing, Wessels’s lawyer had sought to establish that CBC News’s revelation of the noose incident in July 2020 was part of an attempt by Wiens to discredit Wessels and to deflect attention from his own professional problems at the hospital.

CBC News first learned of the noose incident in early 2017 from sources outside the hospital and made several unsuccessful attempts to verify it in intervening years.

Craig Boyer, legal counsel for the college’s complaints director, had criticized hospital management’s decision to informally investigate the incident. He said that led to a “failure of due process” for Onwuanyi and Indigenous anesthesiologist Dr. Alika Lafontaine, who also reported the incident and was a witness at Wessels’s sentencing hearing.

But Wessels’s lawyer, James Heelan, argued the surgeon should receive a “short and sharp” one-month suspension, with two weeks excluded to account for an unpaid leave of absence AHS encouraged Wessels to take after CBC News revealed the incident in July 2020.

Heelan told the tribunal that both Onwuanyi and Lafontaine had a right to be upset over the noose, but he claimed they weren’t at the time of the incident, as shown in notes of interviews with them.

Onwuanyi and Lafontaine both testified they were not allowed to review notes of their interviews with AHS and that they disputed the content.

Heelan told the tribunal Wiens had “polluted” Onwuanyi’s mind, causing him to view the incident as racist.

Onwuanyi was working in the OR on Monday morning and was unavailable for comment.

Barbara Perry, the director of the Centre on Hate, Bias and Extremism at the University of Ontario Institute of Technology, said the sanction will undermine the public’s trust of not just the Grande Prairie hospital, but the entire health-care system in Canada.

Citing the case of the racist abuse of Indigenous woman Joyce Echaquan in a Quebec hospital, Perry said the minimization of this Alberta incident will heighten the fear among racialized people that they will be subjected to racist behaviour if they seek medical attention.

“If you’re afraid now to approach public health facilities because of this sort of incident and the lack of, I think, proportionate response, I think that has long term consequences for the reputation [of the health-care system] and the willingness of people to seek help,” Perry said.