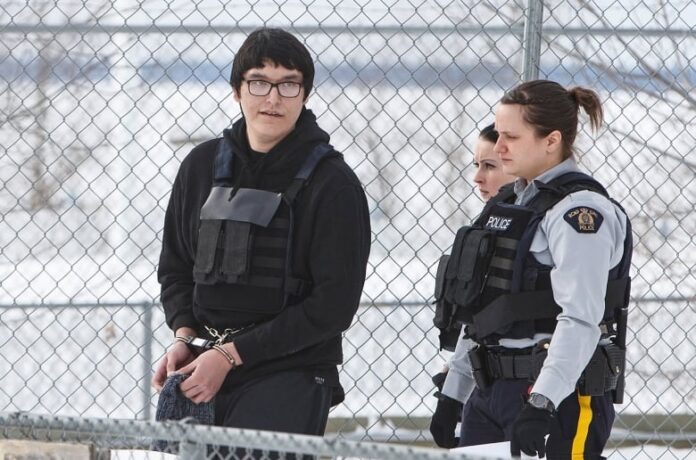 The lawyer for the La Loche school shooter says he’s disappointed the Supreme Court of Canada will not be hearing his client’s appeal.

“There’s no question this was an extremely serious offence, but that isn’t the only factor that had to be considered,” lawyer Aaron Fox said.

The long legal case is now over. It means Randan Fontaine will now serve the full adult sentence — life in prison with no chance of parole for 10 years.

It also means details about the shooter can now be made public, including his name. Randan Fontaine was cousins with the first two people he killed that day, Dayne and Drayden Fontaine.

Fontaine was two weeks away from his 18th birthday when he murdered four people and injured seven others. He pleaded guilty and was sentenced as an adult.

He is now 22 and last year applied to Canada’s highest court for leave to appeal his adult sentence. As usual, no reasons were given Thursday morning in the court’s statement denying the application.

Fox said Fontaine had a host of cognitive and mental health issues, from FASD to extremely low IQ. Fox said the case raised a host of national issues around mental capacity, particularly for a minor. He was hopeful the Supreme Court would hear the case.

Fox noted there had been a dissenting opinion at the Saskatchewan Court of Appeal.

One of the worst school shootings in Canadian history, it sparked a national outpouring of sympathy. Vigils were attended by hundreds, including Prime Minister Justin Trudeau, Assembly of First Nations Chief Perry Bellegarde and then Premier Brad Wall.