Studies reveal the unintended consequences of delaying surgeries, drop in ER visits due to pandemic 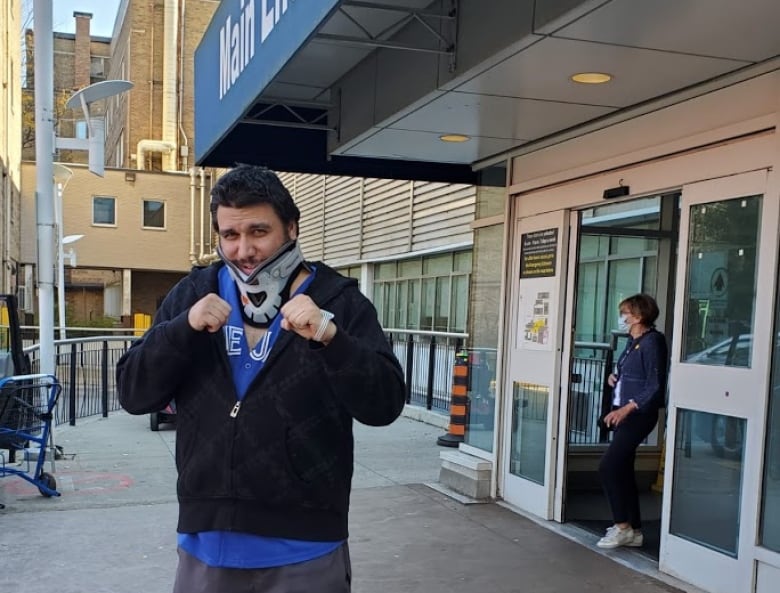 “If it’s a COVID death or a COVID case, it’s important. Otherwise it doesn’t matter.”

That’s how Sean Perkins said his experience in the Ontario healthcare system during the pandemic left him feeling. But non-COVID illnesses and deaths should “matter too,” he said.

In August 2019, during a softball league game, his friends noticed his breathing sounded laboured. Eventually, after a circuitous journey to different specialists, the Caledon, Ont., man was told he had an obstruction in his airway and needed a CT scan.

By that time it was the end of February 2020, the cusp of the pandemic, and the Ontario government soon shut down all elective surgeries and procedures. So Perkins had to wait.

As the weather got warmer and the humidity rose, it became harder to breathe.

“It was like trying to breathe as though you were sucking in a thick milkshake.”

Perkins finally got a CT scan at the end of May 2020 and it showed a “sizeable” tumour cutting off 70 to 80 per cent of his airway.

He was designated a Priority 1 patient, which the province defines as “any condition in which failure to diagnose and initiate treatment would result in serious morbidity/mortality.”

Despite that, he still had to wait three more months for a biopsy.

Perkins is far from alone — Ontario’s surgery backlog is estimated at more than 257,000 cases and growing. As it did in the first wave, the province told hospitals last month to suspend non-urgent procedures to free up ICU beds as COVID cases spiked in the third wave.

Only now are studies starting to reveal what some of the consequences of those delays may be.

According to a study released last week by the Ontario COVID-19 Science Advisory Table, these delays likely contributed to excess deaths in the province.

After analyzing cremation data in Ontario, the study found a nearly 13 per cent increase in the number of deaths during the pandemic compared to a baseline average from data taken between 2017 to 2019.

Some of those deaths were almost certainly due to COVID-19 but not counted as such, particularly in the first wave when testing wasn’t as widespread, said Dr. Peter Juni, the scientific director of the advisory table and the study’s co-author.

While the study data did not include cause of death, many of the excess deaths were likely not COVID-related because they happened between pandemic peaks when deaths from the virus were low, he said.

“In an already strained health care system, what we start to see is that people are struggling … to get appropriate care,” Juni told Dr. Brian Goldman, host of The Dose and White Coat, Black Art.

The main causes of these extra deaths are likely cancer and cardiovascular disease as they are the two leading causes of death in western countries, said Juni, and with both “we know that if you have delayed care, that this negatively impacts the prognosis.”

A drop in trips to the ER during the pandemic over fears of contracting COVID-19 could also be a factor in these excess deaths, depending on the condition, he said.

A new study published this week in the Canadian Medical Association Journal showed that emergency department visits for common conditions such as appendicitis, miscarriage, gallbladder attacks and ectopic pregnancy decreased significantly in the first wave of the pandemic.

Researchers compared emergency department visits in Ontario from the first half of 2020 to the first half of 2019, looking at those four conditions — chosen because they are measurable, very common and managed in a standard way. During the first wave of the pandemic they found a 20 to 39 per cent reduction in visits for appendicitis and miscarriage.

But the study also found something surprising — patient outcomes for these conditions were not impacted. Despite fewer emergency department visits, there was no increase in adverse patient outcomes, such as sicker patients showing up later in the ER or increased rates of death.

Study co-author Dr. David Gomez, an acute care and trauma surgeon and a scientist at St. Michael’s hospital in Toronto, has a theory why that’s the case: potential over-usage of the emergency department before the pandemic.

“It doesn’t mean that [people] are just suffering at home now,” he said — instead they are managing their care successfully at home or accessing healthcare elsewhere, likely virtually.

Mild appendicitis, for example, can be resolved at home or managed with virtual healthcare visits, Gomez said.

“A lot of the care that is provided in emergency departments could be very efficiently, and probably in a more timely manner, managed through a variety of other means, through urgent care centres, virtual visits, [and] extended hours of primary care practitioners,” he said.

Avoiding the ER could certainly have negative consequences for some conditions, said Gomez, but he said these study results are a reminder that the pandemic’s impact on the healthcare system “is not all bad news.”

As we emerge from the pandemic, Gomez thinks we’ll see more evidence of a healthcare system that, in certain cases, like virtual care, adapted and transformed, and that these changes will “hopefully persist over time.”

“This is a once in a generation opportunity to really re-evaluate how care is delivered at all levels.”

The COVID-19 pandemic has created a backlog of more than 250,000 surgeries in Ontario, including cancer operations, forcing patients to wait for procedures that could save their lives. 2:03

A big job ahead

The tumour was benign and in October, he had surgery to remove it. But, Perkins said, he and his family had to live through months of not knowing whether he had cancer.

The target time for Priority 1 patients like Perkins to get a CT scan, according to Health Quality Ontario, is within 24 hours of when the order is received, not the three months he waited. (As of March 2021, the province’s tracking website showed that 78 per cent of patients are being scanned within that target time.)

“It took me seven plus months to get a biopsy, and nine months to have surgery to remove the tumour, despite being a Priority 1 cancer patient with the inability to breathe,” he said.

“This was a situation where the tumour was benign…. Had it been malignant, the wait alone might have been enough to kill me.”

The province has resumed “non-urgent” surgeries and the Ontario government promised $300 million in its 2021 budget to help reduce the surgical backlog.

But Juni said there’s “no way” the already stretched health care system can catch up in time to save everyone on the “long, long, long wait-lists.”

“These excess deaths in an already really challenged health care system are most likely to continue beyond the pandemic.”

Written and produced by Willow Smith.