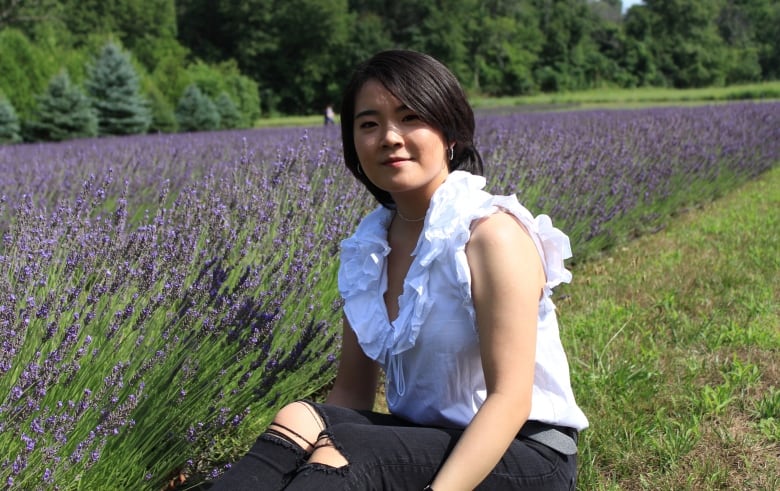 When McMaster University student Elisa Do learned last week that her school would be delaying the start of classes in January following the winter break, she felt a wave of relief.

The third-year kinesiology major and student journalist feels fortunate she’s managed her workload this fall and thankful for professors who have kept students’ pandemic challenges in mind. Still, Do is feeling burnt out continuing her studies virtually from home in Stouffville, Ont., rather than being on campus in Hamilton, more than 100 km away. Speaking to friends, she found others were also experiencing similar stress and exhaustion.

“The workload … I could handle it. But then because of the lack of social connection and not having emotional support from my friends, it really makes it harder to concentrate and feel as motivated to do the same workload.”

A longer break is going to really help students’ mental health, said Do. She’s looking forward to spending time with family as well as returning to hobbies — writing poetry, painting and sketching — that make her feel calmer and less overwhelmed.

Most Canadian post-secondary students have traded lecture halls for laptop screens this fall and, as the pandemic continues, schools are largely staying the course through the next term. However, an increasing number of institutions are now pushing back their start dates in the New Year in recognition of strain felt by students and staff.

Meanwhile, in Nova Scotia, the mandatory 14-day isolation required for anyone returning from outside the Atlantic region has also led both Acadia University and St. Francis Xavier University to push back classes at the start of their winter terms.

In recent weeks, there have been widespread student appeals for more downtime following a stressful autumn of predominantly online learning and being isolated from peers and instructors due to COVID-19. Mental health among students has been a growing concern for years, flagged by groups such as the Canadian Alliance of Student Associations. Now, additional stressors brought on by the pandemic appear to be aggravating the situation, according to Carleton researchers.

The Ontario Confederation of University Faculty Associations also polled 2,200 faculty members and 500 students on the impact of COVID-19 on university life and education. Sixty-two per cent of the students and 76 per cent of faculty felt that “online learning has negatively impacted the quality of education in Ontario.” More than half of the student respondents reported that their mental health was a major area of concern.

McMaster’s winter break extension came out of a suggestion from its virtual learning task force and a survey of students and faculty that indicated everyone was interested in more time off to rest, recharge and prepare for the term ahead, according to Tighe.

“We’re listening to what the students are saying,” she said.

“We started to do that very early in September and … tried to get as much early information as possible to make sure that we were providing the kinds of supports that are needed.”

Tighe added that McMaster has been working on investments into mental health supports, encouraging staff to boost connections with students, and making early, proactive decisions about things like scheduling and online learning.

“If you really are committed to your students’ mental health and stability, you need to be clear in what you’re doing and provide as much time to prepare.”

Earlier this month, a feeling of exhaustion coupled with the news another school had already extended its winter break spurred a trio of University of Toronto students into action.

Nada Abdelaal, Rahat Charyyev and Javahir Saidov  consider their school among the best in Canada, but began wondering why U of T was lagging behind others “when it’s supposed to lead other universities by example,” said Charyyev, a third-year student studying political science, French and geographic information systems.

They quickly posted an online petition calling for a longer winter break and garnered thousands of student signatories over just a few days.

“There were actually a lot of reasons that we did this. But, first of all, the main one was mental health. We were all burnt out,” said Abdelaal, a second-year student studying political science and criminology remotely in Oakville, Ont., this term while balancing two part-time jobs.

Though post-secondary education has always been challenging, the three said this term has been more difficult and stressful since the switch to remote learning during the pandemic. They’re juggling an onslaught of online lectures and assignments deadlines and constantly play catch-up between courses, all while isolated from peer support.

Though Saidov, a second-year political science and history major currently based in Barrie, Ont., took a course remotely during the summer term, he said it provided little preparation for his heavy course load this fall.

“The school part has always been hard,” he said. “But before we had the social part, where we get to talk to our friends, go to a library with them, go grab a cup of coffee to kind of help us relax and to kind of help us recharge. Now that part has been totally cut out, so we’re only left with like 12, 14 hours of just school.

“Without the social part, it’s very hard to do that productively.”

Charyyev, currently studying virtually from New York, added that school has also seeped into what previously would have been valuable downtime surrounding classes.

“Because you spend the whole day inside the house, whether it’s dark [or] whether it’s light outside, it doesn’t matter … it’s kind of like you really lose track of time zones, what day it is. And, it just feels like a never-ending cycle, like a hamster wheel,” he said.

The trio was thrilled when, just days after they launched their petition, their school announced a week delay for the start of a majority of winter term classes.

“We recognize that the past several months have been a challenging time for many students and we hope that this extended break provides an opportunity for rest and recuperation,” Micah Stickel, University of Toronto’s vice provost of students, said in a statement.

The school also reiterated its ongoing effort to enhance student mental health supports, including directing to a new online portal of mental health services and resources.

While the extended holiday break is greatly welcomed, “I hope this is just the start of something great that we can achieve,” said Saidov, who is also involved with other groups campaigning to improve mental health and wellbeing services for students.

He’s heard from several peers, for instance, who tried to access campus resources and reportedly had to wait months to see a counselor.

“I don’t think that’s acceptable for a university,” he said.

“Student action can result in change … but it’s important to unite and to voice our concerns together.”