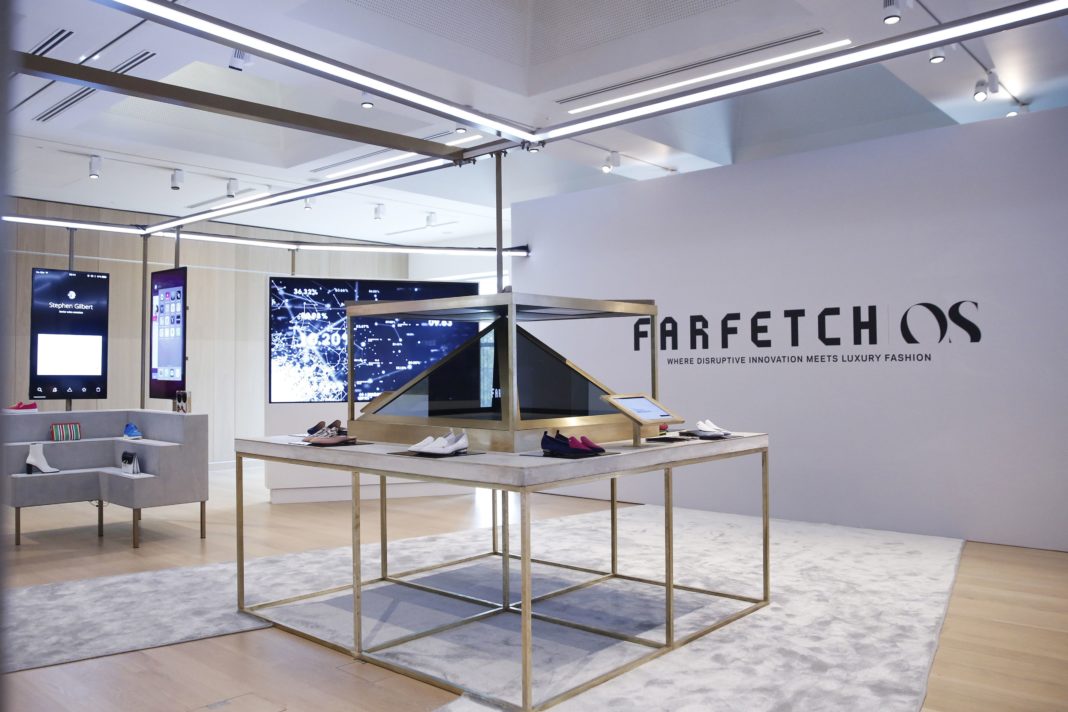 Luxury fashion items sit on display beside tablet devices at the launch of the Farfetch “Store of the Future” pop-up exhibition, at the Design Museum in London, U.K., on Wednesday, April 12, 2017.

The company also gave strong guidance for the fourth quarter with estimated earnings per share and revenue both coming in higher than Refinitiv consensus estimates.

Farfetch stock fell 4% after the luxury online retailer reported mixed first-quarter results. Farfetch reported a loss of 22 cents per share, worse than the expected loss of 16 cents per share, and revenue of $174.1 million, higher than the expected $171.1 million, according to Refinitiv consensus estimates. The retailer reported a gross merchandise volume of $419 million, compared with analyst estimates of $407 million.

Shares of Agios Pharmaceuticals surged more than 12% in after-hours trading after the drug maker announced the completion of the the third phase of a global trial for its cancer medication Tibsovo. The medication showed a statistically significant improvement in leukemia patients whose cancer is at an advanced stage.

The company plans to present a full analysis of the trial to the European Society for Medical Oncology Congress later this year, and will submit a new drug application by the end of 2019.

Dillard’s stock tanked 8% after the retailer reported first-quarter earnings. Dillard’s reported earnings of $2.99 per share and revenue of $1.5 billion, in line with expectations.