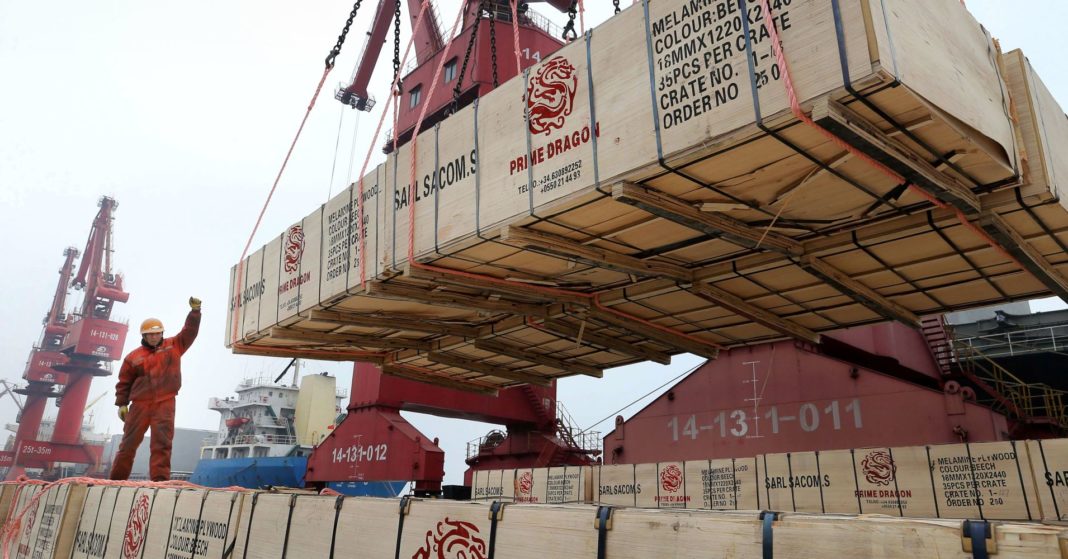 U.S. stock index futures were lower on Friday, amid escalating concerns about a global economic slowdown.

The world’s second-largest economy reported on Friday that exports in February slumped 20.7 percent from a year earlier, far below analyst expectations and wiping out a surprise jump in January.

Still, the scale of the miss was alarming for many investors.

It comes less than 24 hours after the European Central Bank slashed its growth forecasts for the euro zone and announced a new round of policy stimulus. The surprise announcement left many fearing the worst for the global economy.

Stateside, market participants are likely to closely monitor a fresh round of economic data.

Nonfarm payrolls, unemployment rate and average hourly wages data for February will be released at around 8:30 a.m. ET. Housing starts and building permits figures for January are both expected to follow later in the trading day.