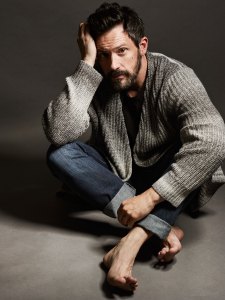 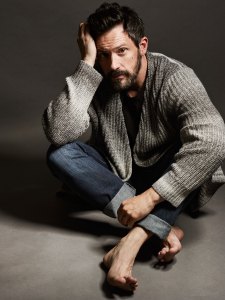 Steve Kazee loves a good romantic comedy. The actor, who is gearing up to play Colin Firth’s character in a live stage production of Love Actually, opened up exclusively to Us Weekly about his love for the film and all things romance.

“I was [a hopeless romantic] for a really long time and then I went through a phase where I tried to not be so much of a hopeless romantic, and then quickly realized that that world doesn’t suit me,” Kazee, 43, told Us. “I’d much rather live in a world where hopeless romantics actually find it, that it’s a thing that actually exists, and I’ve started to look around and see some of my friends who I see in some of these loving relationships that are messy and have ups and downs, but at the end of the day, these two people love each other dearly.”

He added: “And for me, it just solidifies for me that it’s a thing that exists, and so I sort of went back to the other side and I embraced my hopeless romanticism again.” 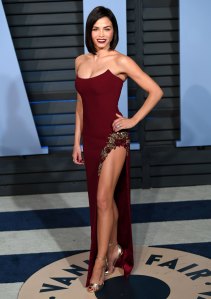 Us confirmed last month that Kazee is dating Jenna Dewan following her split from Channing Tatum. The duo were spotted sharing a kiss at a Casamigos Halloween party on October 26. Days later, they stepped out holding hands during a shopping outing in Cabazon, California, on November 2.

“He’s one of my favorite actors, but it’s funny because that’s the role, I mean, that’s the story line in that film that I love the most. So when they asked me to come and do the show last year and I asked what part, I mean, I was sort of assuming it was going to be the Liam Neeson role, you know, not to say that I’m as cool as Liam Neeson, but that’s just what I assumed,” he explained. “Then they said the Colin Firth role and I couldn’t have been more excited to say yes because I just love that storyline so much.”

As for his “all time favorite” romantic comedy, Kazee gave the prize to When Harry Met Sally.

“I’ve watched When Harry Met Sally probably 10 times this year. If I’m ever feeling down, if I’m ever feeling low, I just put on When Harry Met Sally and it just changes the whole world. That’s my No. 1 favorite. I’m also a really big fan of Definitely, Maybe,” the Shameless alum admitted. The Proposal, so I guess I’ve got a Ryan Reynolds thing, I don’t know! I’d say those are three that stick out in my mind, but we used to do rom-coms so much better. Back in the ‘80s and ‘90s, rom-coms were everything. … Hashtag Bring back rom-coms.”