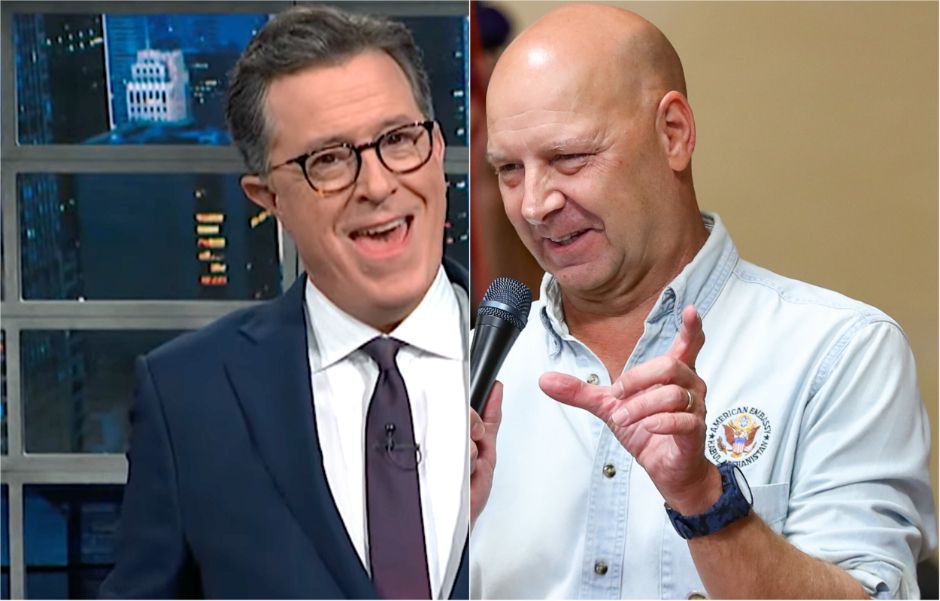 Former President Donald Trump’s endorsement doesn’t have the same punch as it used to. On Thursday, Stephen Colbert pointed to one MAGA candidate who is struggling: Doug Mastriano.

Mastriano, the Trump-backed Republican nominee for governor in Pennsylvania, is down by 10 points in the FiveThirtyEight average, and “The Late Show” host broke the candidate’s problem down to just two words.

“He suuuuuucks!” Colbert said, stretching out that second word as the audience cheered.

“Because historically, nothing projects winner like a Confederate soldier in Pennsylvania,” Colbert added.

Mastriano’s tanking popularity also led to an embarrassing moment this week when he held a rally and almost nobody came.