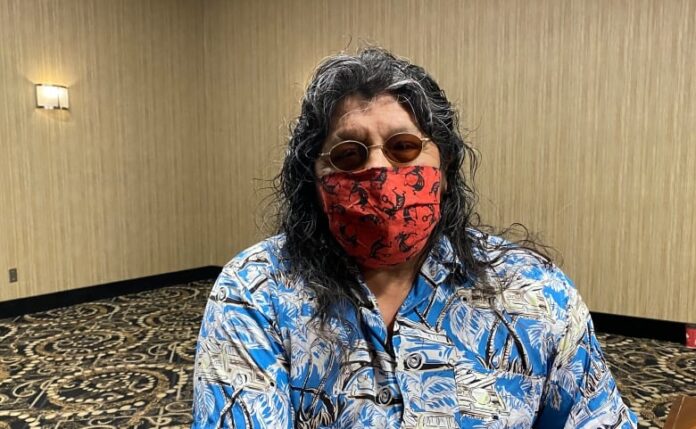 The family of Stacey DeBungee of Rainy River First Nation wants a Thunder Bay, Ont., police officer at the centre of a disciplinary hearing that begins Tuesday to be fired for his role in the flawed 2015 sudden death investigation.

The body of DeBungee, 41, of the Ojibway First Nation was found in the McIntyre River on the morning of Oct. 19, 2015, but within a few hours, the Thunder Bay Police Service (TBPS) issued a media release approved by Harrison that said police suspected “no foul play.” The following day, before an autopsy was conducted, police issued a second release saying DeBungee’s death was “non-criminal.”

“There’s a real sense from the family that they’ve been irreparably harmed in really figuring out what happened to Stacey,” said Asha James, lawyer for the DeBungee family.

“The family is looking for the service to say, ‘Yeah, there needs to be a certain level of accountability, and we just won’t tolerate these types of officers within our ranks,'” James said, adding it is “troubling” that Harrison was training other officers on major crime investigations at the time of the PSA hearing this spring.

In a 119-page verdict, the adjudicator, Greg Walton, found evidence that Harrison “failed to treat the investigation equally, without discrimination due to Stacey DeBungee’s Indigenous status.”

Walton added in his written decision that Harrison:

“The failure to conduct an adequate investigation including the premature conclusion that the death was non-suspicious is, at least in part, attributable to an unconscious bias,” Walton wrote, adding Harrison should have questioned whether and how unconscious biases affected his investigation.

A second officer who faced the PSA hearing was acquitted on charges of neglect of duty and discreditable conduct, while a third officer retired before the hearing.

Family to take the stand

Two days have been set aside for the disciplinary hearing. Lawyers will present evidence and make arguments about what should be the appropriate disciplinary action.

Those actions could range from a forfeiture of pay or holidays, to a demotion, to being fired.

Brad DeBungee, as well as his sister Candace, are expected to provide testimony about the impact of their brother’s death, and how the deficient sudden death investigation and the lack of answers have affected their lives.

“My expectation is probably too high because of what the outcome is [likely] going to be, that they’re going to be lenient on him,” he said.

If Harrison is fired, Brad said it would mean this seven-year journey to get answers and accountability won’t be in vain.

“This is the time to make the change, but if they’re not going to change, things will just be the same as they are,” Brad added.

The adjudicator, Walton, will have a number of factors to consider in his decision, Asha James said, including the public’s trust in the police service.

“I think it’s pretty clear that public confidence in the Indigenous community with the Thunder Bay Police Service is severely lacking,” James said.

The complaints by DeBungee’s family and Jim Leonard, then chief of Rainy River First Nation, led to two major reviews of the TBPS in 2018. Both found evidence of systemic racism within the service and its oversight board.

James said she doesn’t expect a decision this week on what disciplinary action will be taken against Harrison.